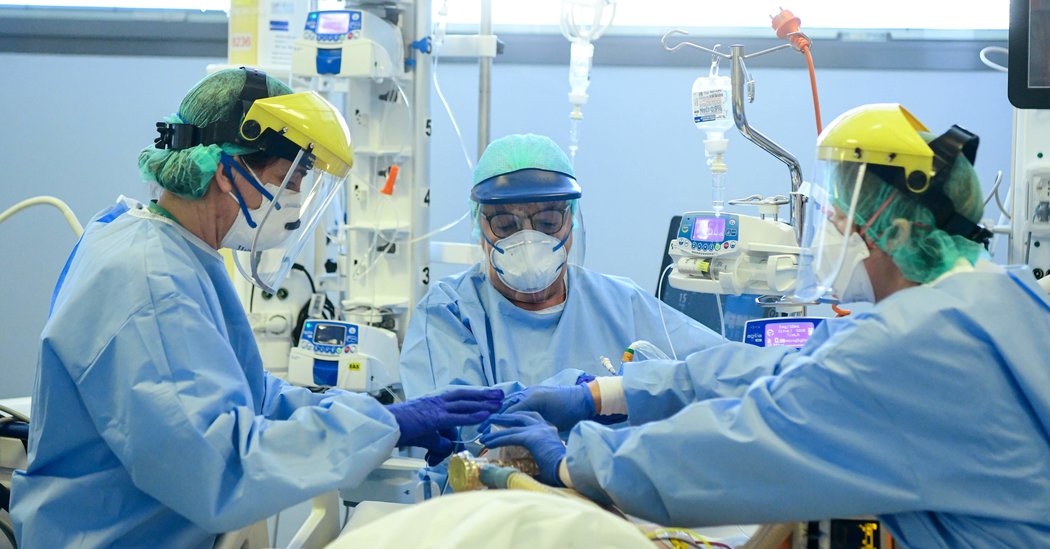 The condition, called pediatric multisystem inflammatory syndrome, has been reported in about 100 children in New York State, including three who died, Gov. Andrew M. Cuomo said this week. Cases have been reported in other states, including Louisiana, Mississippi and California, and the Centers for Disease Control and Prevention has said it will soon issue an alert asking doctors to report cases of children with symptoms of the syndrome.

In the new study, published on Wednesday in the journal Lancet, doctors in Italy compared a series of 10 cases of the illness with cases of a similar rare condition in children called Kawasaki disease.

The authors found that over the five years before the coronavirus pandemic — January 2015 to mid-February 2020 — 19 children with Kawasaki disease were treated at the Papa Giovanni XXIII Hospital, which has an advanced pediatric department, in the Bergamo province.

But during the two months from February 18 to April 20 alone, the hospital, which is at the epicenter of Italy’s coronavirus outbreak, treated 10 children with similar hyper-inflammatory symptoms.

Ten cases in two months — about 30 times the rate of the Kawasaki disease cases, which occurred at a pace of about one every three months — suggests a cluster that is driven by the coronavirus pandemic, especially since overall hospital admissions during this time were much lower than usual, the authors said.

Nevertheless, the authors noted that the number of cases was small, suggesting that the new syndrome was unlikely to be widespread among children, who have generally been less hard hit by the virus than adults.

None of the 10 children died, but their symptoms were more severe than those experienced by the children with Kawasaki disease. They were much more likely to have heart complications, and five of them exhibited shock, which did not occur in any of the Kawasaki disease cases. They had lower counts of platelets and a type of white blood cell, typical of Covid-19 patients defending against the infection. And more of the children with the new syndrome needed treatment with steroids in addition to the immunoglobulin treatment that both they and the Kawasaki patients received.

Like the cases in the United States and elsewhere, the 10 children were generally significantly older than the patients with Kawasaki disease, which tends to strike infants and preschoolers. The average age of the Kawasaki patients was 3. All but one of the children with the new syndrome were older than 5 and their average age was 7 ½.

Eight of the 10 children tested positive for coronavirus antibodies. The researchers suggested that negative test results for the other two children might reflect the fact that the tests were not perfectly accurate and that one of the children had just been treated with a large dose of immunoglobulin, which could have interfered with the test’s ability to detect antibodies.

The presence of antibodies suggests that the Italian children, like many of the cases in the United States, were infected with the virus weeks earlier. Experts say the new inflammatory syndrome appears to be a delayed reaction driven by a child’s immune system response to the infection, in contrast to the primary way that the virus affects patients by attacking the cells in their lungs.