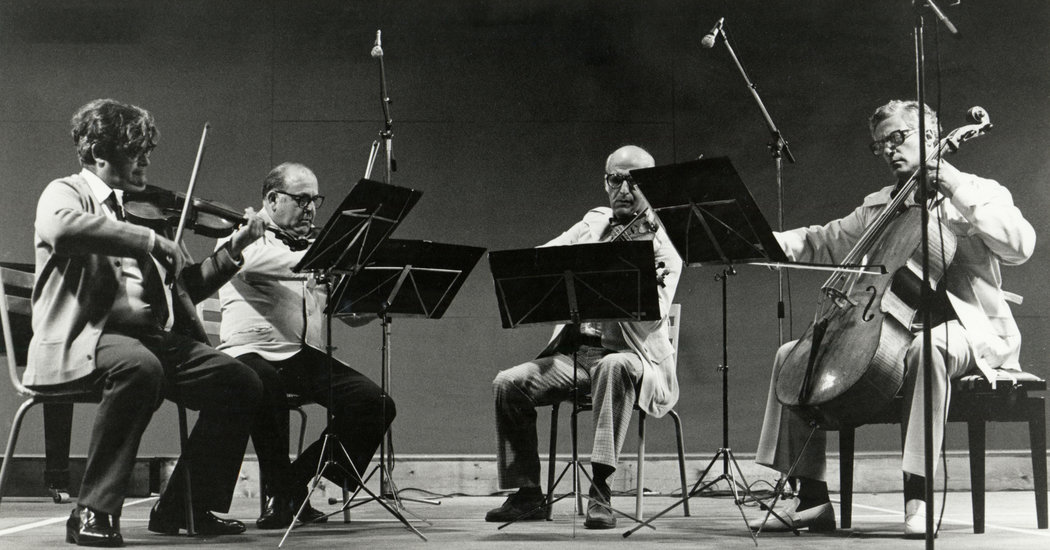 The Amadeus, a string quartet of extraordinary longevity, set the gold standard in chamber music for four decades after World War II. Their style was a burnish on the Viennese tradition of smooth, lush string playing; they shone above a foundation provided by the solid, undemonstrative voice of their cellist, Martin Lovett.

Mr. Lovett, the quartet’s last surviving member, died on April 29 in London. He was 93.

The cause was complications of Covid-19, his daughter, Sonia Lovett, said.

Mr. Lovett was the only British-born member of the ensemble. First violinist Norbert Brainin, second violinist Siegmund Nissel and violist Peter Schidlof had fled Austria for England as Jewish émigrés after the Anschluss in 1938.

“Over the years, the Amadeus has proved itself to be about the most satisfying, deeply musical quartet we have,” John Rockwell, a former music critic of The New York Times wrote in 1978. “They aren’t the most infallibly sweet-toned quartet in the world, nor the fiercest nor the most lyrical. But it is their avoidance of extremes that makes them so satisfying.”

Martin Lovett was born on March 3, 1927, in Stoke Newington in north London. His mother, Leah (Rothenberg) Lovett, had arrived in England from Ukraine as a baby; his father, Sam, was a cellist with the Hallé Orchestra in Manchester and the London Philharmonic. It took the young Martin until he was 10 to convince his father to teach him the cello, but he progressed rapidly, winning a scholarship at 15 to the Royal College of Music, and playing in professional orchestras while still a student.

At the Royal College, Mr. Lovett met Suzanne Rozsa, a violinist and émigré who became his wife in 1950. Ms. Rozsa shared a teacher, Max Rostal, with the three Viennese players, and after she helped to introduce the four, they began to experiment in 1947 as the Brainin Quartet. They made a sold-out debut at the Wigmore Hall in London in 1948, adopting for that concert the name they would make famous.

“I was trying my hand at playing quartets with formidable German refugees who spouted Goethe at me,” Mr. Lovett said in an interview in 2011. “A couple of years later I was in the Amadeus Quartet.”

Appearances on the BBC and a German tour in 1950 led to a recording contract that would eventually fill 70 CDs in a box set released by Deutsche Grammophon in 2017.

The quartet excelled in the core Austro-Germanic repertoire of Haydn, Mozart, Beethoven, Schubert and Brahms, and made only occasional forays into the 20th century, for music by Bartok, Tippett and Britten.

“We are four very distinct individuals,” Mr. Lovett said in 1982, when the quartet was about to play its second Beethoven cycle in New York. “One or another of us may have a sympathy for certain modern pieces, but, as a group, we have less affinity for contemporary works than for the classics.”

After Mr. Schidlof’s death in 1987 curtailed the work of the quartet, Mr. Lovett performed only occasionally, and instead taught and judged chamber music competitions. With Ms. Rosza, who died in 2005, he had two children, Peter and Sonia; they survive him, as does his second wife, the Dutch writer Dorinde van Oort, and five grandchildren.

“The quartet was the sum of different parts, and the chemistry worked well, or we would not have played together for so long,” Mr. Lovett wrote upon the death of Mr. Nissel in 2008. “Eventually, we all thought similarly about the music.”