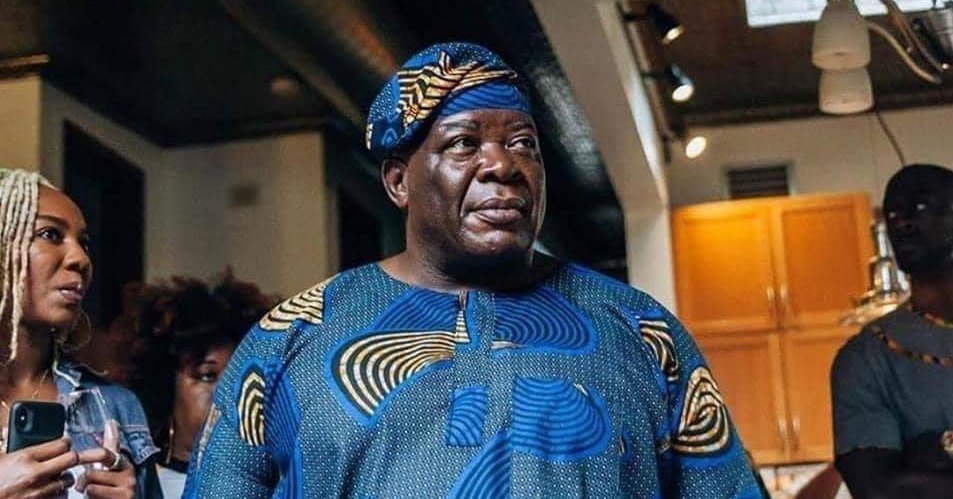 Jonathan Adewumi grew up in New York, but he was African through and through.

From creating a fashion company that dressed celebrities like Stevie Wonder in clothing from Nigeria to creating a Nigerian film festival and a Brooklyn restaurant that became a gathering place for the diaspora, Mr. Adewumi was dedicated to bridging the cultural gap between Africans and black Americans.

“He was often the first point of contact to many people who never had an African friend and for Africans who didn’t understand the struggles of black Americans,” said Adebayo Adewumi, a younger brother.

Mr. Adewumi died on April 17 at Bayonne Medical Center in New Jersey. The cause was complications of the novel coronavirus, his brother said. He was 57.

Mr. Adewumi was born in London on Sept. 12, 1962, to Jacob and Grace (Ulowandi Oriaku) Adewumi, physicians from Nigeria who had traveled to England to further their medical education.

He graduated from Brooklyn Technical High School and went on to receive a degree in computer science from Utica College in 1986. His favorite class was African history. He liked playing handball and became president of the black student union and a member of the Kappa Alpha Psi fraternity. (He would later help start a chapter in Nigeria.)

Nigerian Fabrics and Fashions started almost as an accident. Mr. Adewumi’s parents had moved back to Nigeria and would send the children cloth and clothing. People began asking about the colorful garments he and his sister wore. Mr. Adewumi, a natural marketer and a gregarious businessman, saw a niche.

Although African clothing had become popular in America as part of political movements in the 1960s, Mr. Adewumi’s company was soon swept up in an 1980s fashion trend that embraced the African aesthetic. He and two of his four siblings began presenting their clothes for black student union groups on college campuses and at bridal shows, and garnered national exposure as part of a Miss Black America Pageant in 1989. Soon, Stevie Wonder became a customer, and sent his friend Aretha Franklin to buy their clothing. The actor Wesley Snipes was also a fan.

After 9/11, when anti-Muslim sentiment rose along with an appetite for American-made products, business dropped. After 20 years, the company closed.

Mr. Adewumi headed back to Nigeria for a few years. When he returned, he joined his brother at Amarachi, a Nigerian restaurant in downtown Brooklyn that served American-style chicken wings and steak and West African jollof with oxtails, all served with an Afrobeat soundtrack. With his outsize personality, he quickly turned it into a cultural center that attracted immigrants and a popular spot for community events.

“Jonathan had a unique way of making everyone feel at home, like they belong,” Ugo Nwaokoro, a former deputy mayor of Newark, said.

Mr. Adewumi, who was divorced, is survived by a son, Jonathan Adewumi Jr. of Union, N.J., and, in addition to Adebayo Adewumi, another brother, Samuel Adewumi, with whom he lived in Brooklyn; and two sisters, Joyce Adewumi of Harlem and Elizabeth Body-Lawson of White Plains, N.Y. Another brother, Emmanuel Adewumi, died in 2000.