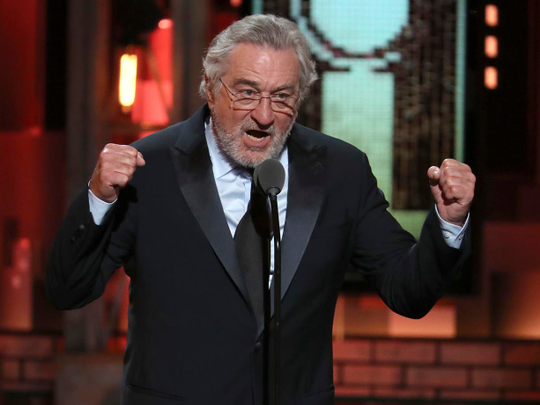 Donald Trump is a “lunatic” who “doesn’t care how many people die” from coronavirus, actor Robert De Niro said on BBC programme Newsnight.

The Hollywood star, who has criticised the US president several times in the past, told Newsnight it was “Shakespearean, the whole thing, you’ve got a lunatic people are trying to dance around”.

Talking about Trump’s supporters in the US, the 76-year-old actor said that they were “deluding themselves” by believing he cared about them.

“He doesn’t care for those people, and the people he pretends to care about are the people he has the most disdain for,” he added.

New York, where De Niro is from has been the epicentre of the US outbreak, but in contrast to his views on Trump, De Niro praised New York governor Andrew Cuomo.

“[He] has done a great job… he’s done what Trump should have done but he doesn’t have a clue how to do that,” De Niro said.

The actor even suggested that he would like Cuomo to star in a movie about the pandemic.

New York City, he said, “is kind of like a ghost town… it’s surreal… then you see other parts of the world, other great big cities of the world, are also in the same situation”.

“It’s interesting, it’s kind of like a science fiction movie but it’s real,” he said.

After the actor yelled “[expletive] Trump” at the Tony Awards in 2018, the president responded on Twitter.

He said: “Robert De Niro, a very low IQ individual, has received too many shots to the head by real boxers in movies. I watched him last night and truly believe he may be ‘punch-drunk’.”

Previously, in a video posed online, the actor pleaded with fans to stay home, particularly to protect older people from contracting the coronavirus, as they are more vulnerable to it.

The US has more than 1.4 million coronavirus cases and over 84,000 deaths, more than any other country.