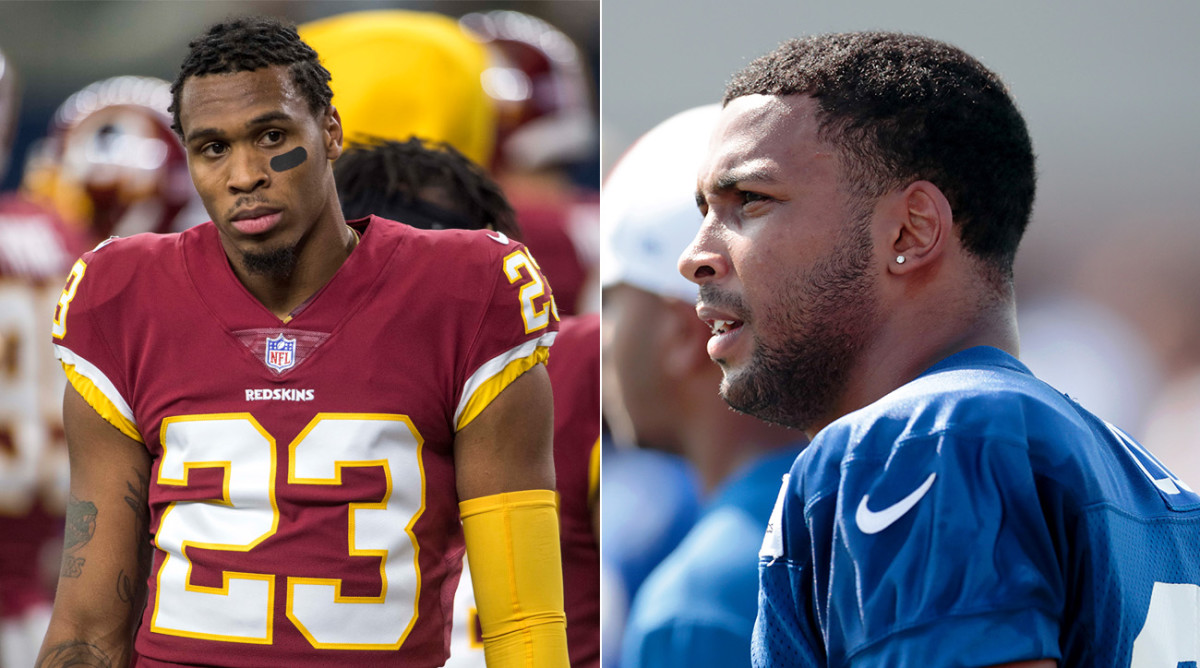 Each player has no bail amount set for the warrant.

The incident in question occurred May 13, according to the police affidavit. The NFL players allegedly appeared at a party that began at 8 p.m., and Baker was seen pointing his semi-automatic gun at one of the party’s attendees. Baker was alleged to have directed two other individuals to take money and valuables from the other attendees of the party. According to the affidavit, Dunbar assisted Baker in taking the money and valuables at the direction of Baker.

In the affidavit, Baker is alleged to have knowingly committed an armed robbery, taking the money and watches of an alleged victim(s) using force. Per the affidavit, the Giants cornerback knowingly committed the act of aggravated assault with the firearm as he “intentionally and unlawfully threatened the victim(s) with a firearm, creating a reasonable fear that violence or harm” was imminent.

“We are aware of the situation,” the Giants said in a statement, per ESPN. “We have been in contact with DeAndre. We have no further comment at this time.”

Baker was selected in the first round of the draft last year by the Giants. He recorded 61 total tackles and started in 15 games in his rookie year.

Dunbar recorded 37 total tackles in 11 games for Washington last year, his fifth in the league. Seattle acquired him in a trade in late March.