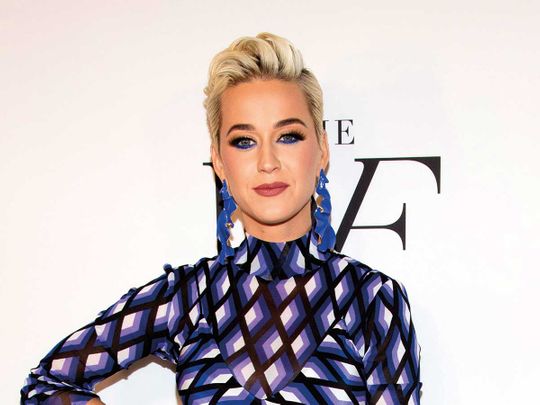 Katy Perry, who is pregnant with her first child, took to social media on Wednesday to talk about her battle with depression.

The singer, who is expecting a girl with Hollywood actor Orlando Bloom, posted a message on Twitter that soon drew in support from a legion of her fans.

“Sometimes I don’t know what’s worse trying to avoid the virus or the waves of depression that come with this new norm,” wrote Perry on Twitter.

This is not the first time Perry has spoken up about her struggle with mental health. In an interview with Vogue earlier this year, she stated: “In the past, I had been able to overcome it, but this time something happened that made me fall down too many flights of stairs. I had to really go on a mental health journey.”

Last month, she revealed during a Facebook Live that as the coronavirus pandemic spread globally, she has found a home with family members for support. “In a weird way, being on lockdown has forced me to slow down — which is probably, in turn, really good while I’m growing a child.”

Perry isn’t alone in her battle. Hollywood actress Dakota Johnson also recently opened up about her struggle with depression since she was a teenager.

In an interview with Marie Claire, the ‘Fifty Shades’ actress spoke at length about getting help since childhood. “I’ve struggled with depression since I was young — since I was 15 or 14. That was when, with the help of professionals, I was like, oh, this is a thing I can fall into.”

Johnson added: “I’ve learned to find it beautiful because I feel the world. I guess I have a lot of complexities, but they don’t pour out of me. I don’t make it anyone else’s problem.”

She also admitted in the interview that she is in a “lot of therapy”, especially now, with the coronavirus pandemic making her anxious.

“I’m constantly thinking about the state of the world right now. It keeps me up at night, all night, every night… My brain goes to crazy dark places with it,” she said in the interview.

On Thursday, the World Health Organisation stated that a mental illness crisis is looming as millions of people worldwide are surrounded by death and disease and forced into isolation, poverty and anxiety by the pandemic, according to Reuters.