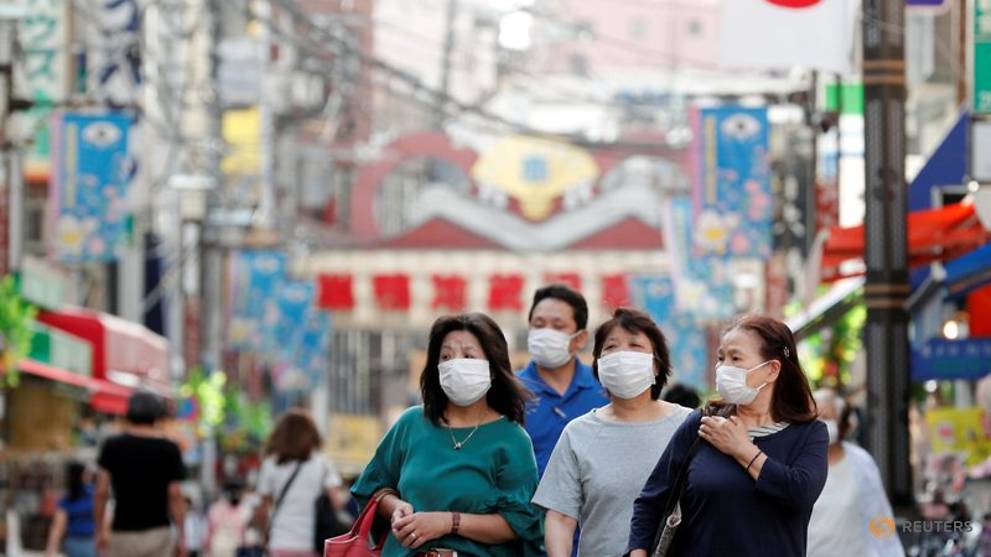 TOKYO: Japan’s government said on Thursday (May 14) it wants to lift a state of emergency declared over the coronavirus in most of the country, though not yet in the capital Tokyo and other urban centres.

Prime Minister Shinzo Abe earlier this month extended a nationwide state of emergency until the end of May.

But with infections sharply down, his government is now hoping to lift the measure early in up to 39 of the country’s 47 prefectures.

On Thursday morning, the minister in charge of the virus response, Yasutoshi Nishimura, held talks with an expert panel, the first step in the process for lifting the measure.

“We have confirmed new cases have been dropping below the levels in mid-March when infections began to spread,” he said.

“Considering the (stable) medical care and monitoring systems in these regions, we think it is appropriate to lift the state of emergency for them,” he said, referring to 39 prefectures.

According to local media, the state of emergency will stay in place in eight regions, including Tokyo and Osaka, but another review will be held on May 21, raising the prospect the measure could be lifted before the end of the month.

Abe is scheduled to hold a press conference later Thursday to explain the move to lift the measure.

Japan’s state of emergency falls far short of the toughest measures seen in parts of Europe and the United States. It allows local governors to urge people to stay at home and call on businesses to stay shut.

But officials cannot compel citizens to comply, and there are no punishments for those who fail to do so.

Schools in much of the country closed down even before the emergency was declared on Apr 7 in Tokyo and six other regions, before being expanded nationwide.

Japan’s virus outbreak remains small compared with those seen in parts of Europe and the United States, with a little over 16,000 confirmed infections recorded and 687 deaths.

Japan recorded its first coronavirus infection in mid-January and came under early pressure with a mass outbreak on the Diamond Princess cruise ship docked off the city of Yokohama.

Despite so far avoiding the devastating tolls seen in places like Italy and New York, there have been persistent fears that Japan’s healthcare system could be quickly overwhelmed by a sudden spike in infections.