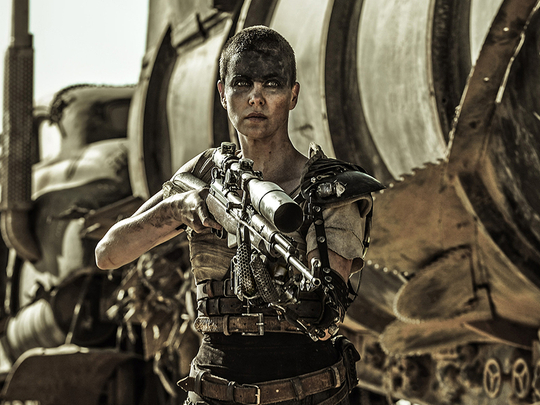 After years of speculation, actors Charlize Theron and Tom Hardy have finally admitted that they didn’t get along with each other while working on ‘Mad Max: Fury Road’.

In a piece for The New York Times, Theron and Hardy opened up about their feud while working on the 2015 action film.

Theron, 44, feels she and Hardy, 42, were at loggerheads with each other mainly due to the challenges of filming George Miller’s movie, and the constant delays in production. Filming for the project was shut down three times.

“In retrospect, I didn’t have enough empathy to really, truly understand what he must have felt like to step into Mel Gibson’s shoes,” Theron said of Hardy, adding: “That is frightening!”

“I think because of my own fear, we were putting up walls to protect ourselves instead of saying to each other, ‘This is scary for you and it’s scary for me, too. Let’s be nice to each other’. In a weird way, we were functioning like our characters: Everything was about survival,” Theron said.

She continued: “The biggest thing that was driving that entire production was fear. I was incredibly scared because I’d never done anything like it. I think the hardest thing between me and George is that he had the movie in his head and I was so desperate to understand it.”

Hardy said he “would agree” with Theron’s view on the pressure the actors had while filming the movie.

“I think in hindsight, I was in over my head in many ways. The pressure on both of us was overwhelming at times,” he said, adding: “What [Theron] needed was a better, perhaps more experienced, partner in me. That’s something that can’t be faked. I’d like to think that now that I’m older and uglier, I could rise to that occasion.”

He continued: “Because of how much detail we were having to process and how little control one had in each new situation, and how fast the takes were — tiny snippets of story moments were needed to make the final cut work — we moved fast, and it was at times overwhelming. One had to trust that the bigger picture was being held together.”

Back in 2015, Hardy publicly apologised to Miller for the film at the Cannes Film Festival.

“There is no way George could’ve explained what he could see in the sand when we were out there,” the actor said at the time, adding: “I knew he was brilliant, but I didn’t quite know how brilliant.”