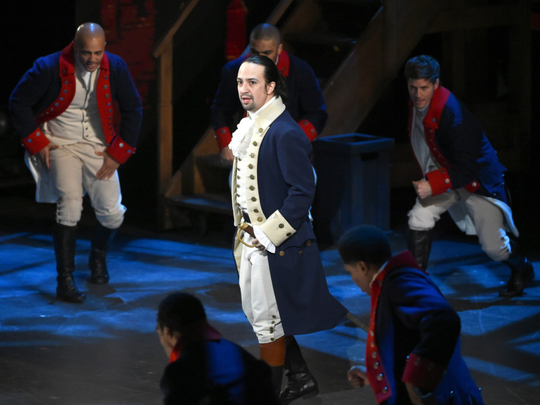 Just in time for the US Independence Day, Lin-Manuel Miranda’s Broadway smash ‘Hamilton’ is coming to Disney+.

The beloved musical, which offers a glimpse into Alexander Hamilton’s life and impact on the American Revolution written entirely in rap verse, will be released on the streaming service July 3, 15 months earlier than expected. The original theatrical release date was set for October 15, 2021.

“In this very difficult time, this story of leadership, tenacity, hope, love and the power of people to unite against adversity is both relevant and inspiring,” said Disney executive chairman Bob Iger on Twitter on Tuesday.

The movie version of ‘Hamilton’ combines three live performances featuring the original Broadway cast shot by the show’s director, Thomas Kail, at the Richard Rodgers Theatre in June 2016. Miranda, who wrote the musical, stars in the title role.

“I’m so grateful to Disney and Disney+ for reimagining and moving up our release … in light of the world turning upside down,” Miranda said in a statement. “I’m so grateful to all the fans who asked for this and I’m so glad that we’re able to make it happen.”

Disney paid a reported $75 million (Dh275.42 million) for the rights to the film with plans still in place to do a fully mounted big-screen version, though production is now postponed indefinitely due to the coronavirus crisis.

Even before the pandemic, securing a ticket for ‘Hamilton’ has been notoriously difficult. The show, which won the 2016 Pulitzer Prize for drama as well as 11 Tony Awards, frequently sold out months in advance. It has grossed $650 million on Broadway and been seen by 2.6 million people.