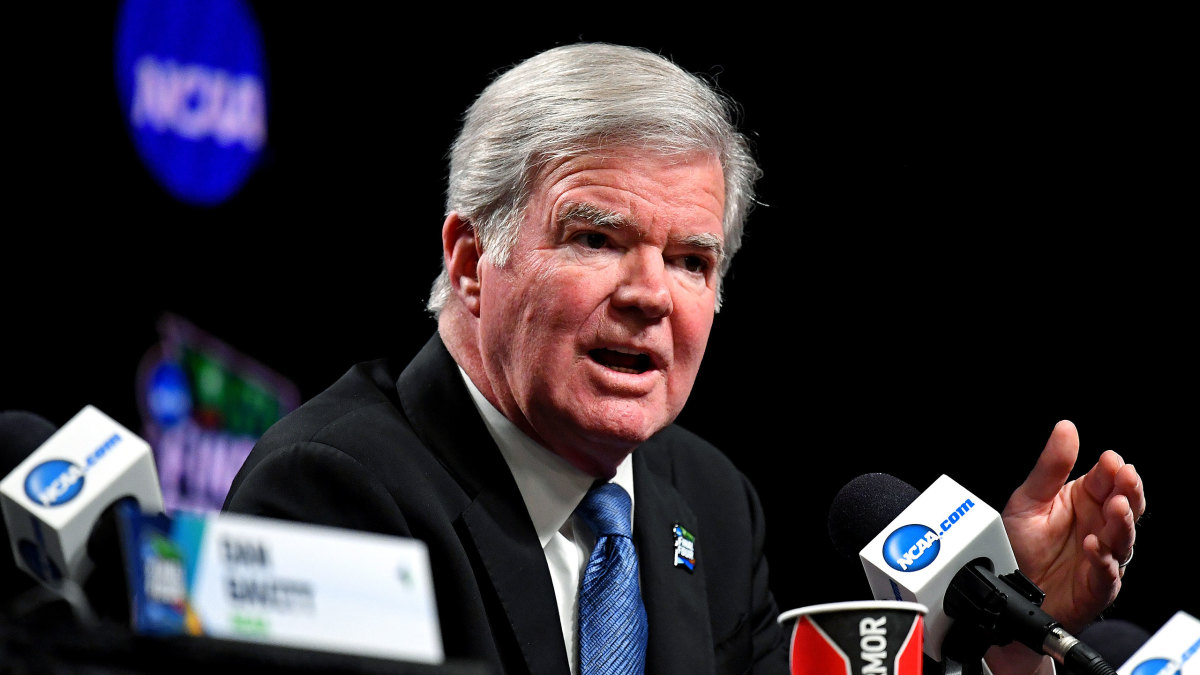 “Normally there’s an agreed upon start date for every sport, every season,” Emmert told ESPN’s Heather Dinich, “but under these circumstances, now that’s all been derailed by the pandemic. It won’t be the conferences that can do that, either. It will be the local and state health officials that say whether or not you can open and play football with fans.”

“I can’t imagine that right now we’re all going to open at the same time,” Franklin told ESPN.

Emmert told ESPN that the NCAA’s decision-making model is more similar to the federal, state and local government. He added that the NCAA’s role is to “provide guidance and support.”

The NCAA president additionally said he has a formal call with the nearly three-dozen Division I commissioners at least once a week.

“Where we have direct control is of course over our championships, all 90 of those championships, and we’ll make sure those are conducted in a way that’s first and foremost safe for the students, for coaches, for fans, however that plays out,” he said.

Big Ten commissioner Kevin Warren has also previously said “this situation is so fluid,” and that the Big Ten has no timeline to make a decision regarding possible games.

According to an early April report from Sports Illustrated‘s Pat Forde and Ross Dellenger, college football industry executives are “already creating contingency plans for a nuclear fall of no football.”

“The discussion that ADs are having about fall sports being canceled is a very real possibility,” Ramogi Huma, the president of the National College Players Association told Sports Illustrated. “It’s extremely hard to imagine any football in the fall on any level.”

“We’re doing all sorts of modeling on what the football season may look like, from a delayed start to no fans to pushing the entire season into the winter or spring,” Oklahoma athletic director Joe Castiglione said to Sports Illustrated. “We could end up throwing it all away, and that would be great, but we can’t afford to wait until the last minute to think about it. We’re trying to think of any way to keep the season alive, because of the economic engine it is for so many other sports. This year, it could be an economic engine on steroids.”

On Tuesday, Mid-American Conference commissioner Jon Steinbrecher said the conference will be eliminating postseason tournaments for multiple sports starting in the 2021 season, as a result of financial implications caused by the pandemic.

The California Collegiate Athletic Association also suspended all NCAA competition for the fall of 2020.