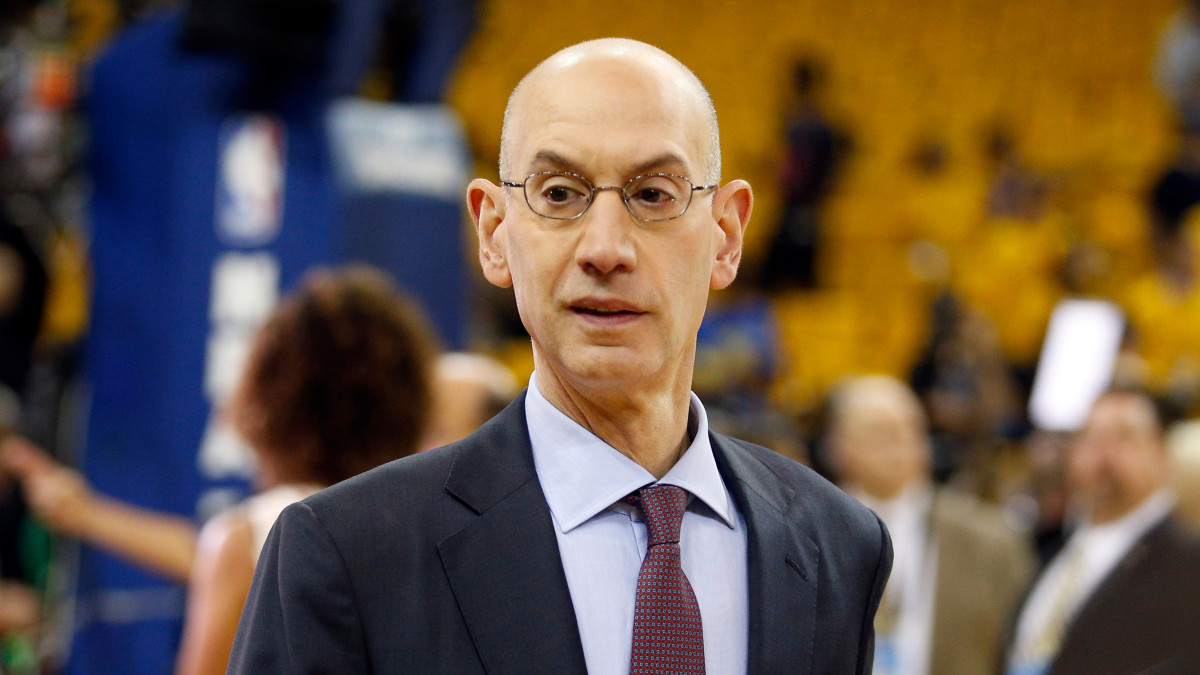 On a call with the Board of Governors on Tuesday, NBA commissioner Adam Silver said that he is aiming for a two-to-four week timetable on a possible decision about whether to resume the season, according to The Athletic’s Shams Charania.

ESPN’s Adrian Wojnarowski reported that those in the virtual meeting left it feeling “increasingly positive about the league’s momentum” in attempting to resume its season.

Per ESPN, the league has not decided on if regular-season games would be played ahead of a postseason or if it would turn to alternative measures, namely a play-in tournament, before a 16-team playoff field.

Like as he did Friday on his call with the NBPA and the league’s players, Silver reportedly discussed one or two locations for a possible resumption, Orlando’s Walt Disney World and Las Vegas.

ESPN also reported that while the league has a number of other factors it needs to discuss, Silver said that teams and players should become make it a goal to comfortable with the idea that a positive COVID-19 test from a participant would not stop play entirely. Per Wojnarowski, owners and executives were encourages about the league’s ability to minimize risk.

The NBPA also sent a memo to the league’s agents on Tuesday saying that the “sense” is both players and the league both want to finish the 2019-20 season, according to The Athletic.

Earlier Tuesday, The Athletic reported the NBA and NBPA were forming a working group to discuss strategies for the season’s possible resumption. A number of the NBA’s biggest stars also took part in a conference call on Monday to discuss the impact of the coronavirus pandemic, according to Yahoo Sports’ Chris Haynes.

Last Friday, commissioner Adam Silver took part in a league-wide call with the NBPA and reportedly told players that games are expected to be played without fans if the season resumes.

The league has been suspended since March 11 due to the coronavirus pandemic.