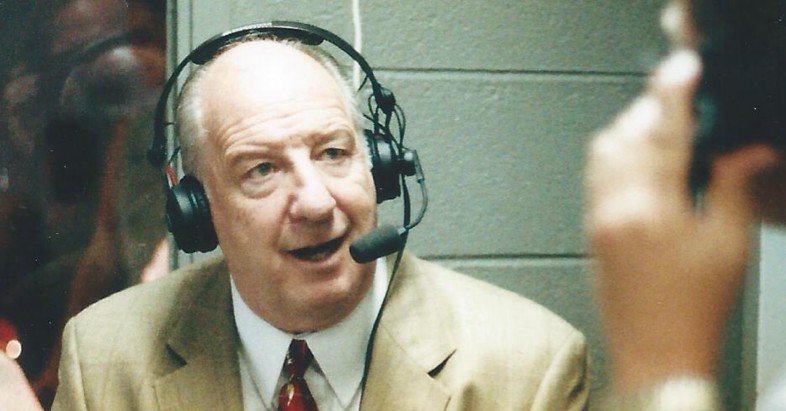 Mike Storen, a peripatetic sports executive who, during the brief life of the upstart American Basketball Association in the 1960s and ’70s, ran three teams and was the league’s commissioner, died on May 7 in Atlanta. He was 84.

The cause was complications of a rare form of cancer, said his daughter, Hannah Storm, an anchor for ESPN’s SportsCenter.

When Mr. Storen was hired by the Indiana Pacers as its general manager in 1967, the A.B.A. was about to start its inaugural season as a flashy alternative to the older National Basketball Association. It used a patriotic red, white and blue ball and adopted the three-point field goal, from at least 25 feet from the basket.

He had no experience in talent evaluation but had some basketball experience, having held jobs in the N.B.A. with the Baltimore Bullets (now the Washington Wizards) and the Cincinnati Royals (now the Sacramento Kings).

“Our biggest problem now is one of time,” Mr. Storen said at a news conference to announce his hiring by the Pacers. “We don’t have any ballplayers, we don’t have films on the top college prospects, we don’t even have an office.”

Operating at first from the back of a jewelry store in Indianapolis, he began to build the team. He signed Roger Brown, a high school sensation from Brooklyn who had been blacklisted by the N.B.A. for his ties to a notorious gambler and was working in an automobile plant in Dayton, Ohio; traded for the center Mel Daniels, a great rebounder, in 1968; and hired Bob Leonard, known as Slick, to be the coach.

Mr. Storen displayed cunning as well. In 1969, both the A.B.A. and the N.B.A. coveted Lew Alcindor (later known as Kareem Abdul-Jabbar), the sensational center from U.C.L.A.

To lure Alcindor (if not to the Pacers, then to another A.B.A. team) Mr. Storen concocted a scheme he called Operation Kingfish. It included developing a psychological profile of Alcindor, hiring a private detective to follow him and trying to get Howard Hughes to put up $1 million to sign him in exchange for syndicated TV rights.

But Mr. Hughes never met with them, and Alcindor signed with the N.B.A.’s Milwaukee Bucks.

Still, the Pacers improved under Mr. Storen and won the 1970 A.B.A. championship, but he left a week later for another A.B.A. team, the Kentucky Colonels, as their president and general manager. “I am not the least concerned about the ability of the A.B.A. to survive, no matter what,” he said confidently on joining the Colonels.

The Colonels became a dominant team as well, in part because Mr. Storen outbid other teams for the draft rights to the center Artis Gilmore, who, along with the forward Dan Issel, formed the nucleus of the team that won the 1975 A.B.A. title. But by then Mr. Storen had also left that team after a dispute with the owner, John Y. Brown.

Mark Storen Jr. was born on Sept. 14, 1935, in Michigan City, Ind. His father was a lawyer and a judge. His mother, Marion Lois (Riley) Storen, was a teacher and a prison clerk. To distinguish Mark Jr. from his father, his family called him Mike.

Mr. Storen graduated from the University of Notre Dame and then served five years in the Marines. After his discharge, he read a newspaper article reporting that a young N.B.A. team, the Chicago Zephyrs, had sold only 600 season tickets for the 1963 season. He called the team and got an appointment with one of its owners.

“I guaranteed him that if he’d hire me, I’d sell 600 new ones by myself,” Mr. Storen told Sports Illustrated in 1974. He got the job as promotion director and moved with the team to Baltimore, where it was renamed the Bullets. He joined the Cincinnati Royals two years later as promotion and ticket sales director

By the time of the merger he had stepped down as commissioner, after less than a year in the job, to run the Memphis Tams, a financially-troubled A.B.A. franchise of which he was part owner. The Tams, renamed the Sounds, floundered further, and Mr. Storen left the league in 1975.

“My dad was the most enthusiastic, loudest guy in the room,” Ms. Storm said in an interview. “But his strong personality led him to have a variety of jobs.”

In addition to his daughter, he is survived by his wife, Lynn (Roberts) Storen; two sons, Mark and Stephen, who is known as Duke; two stepdaughters, Susan Duncan and Lisa Roberts; 14 grandchildren; and a sister, Patricia Storen Weisflog. His marriage to Hannah Grasberger ended in divorce.

Mr. Storen never retired. His most recent job, in his 80s, was selling sports caps at Lids sportswear shops in Atlanta.