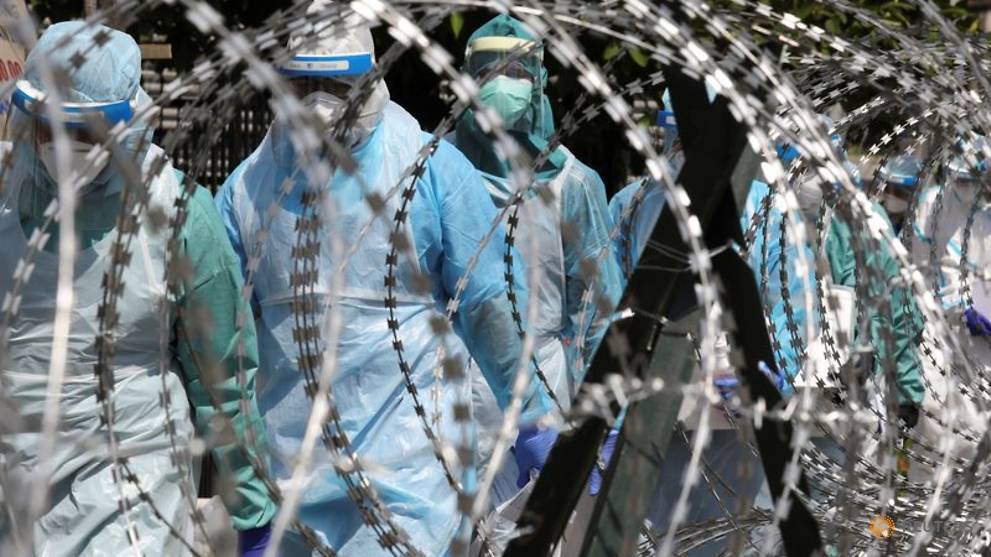 37 new COVID-19 cases and 2 more deaths were announced on Wednesday.

KUALA LUMPUR: The Malaysian government may again tighten the movement control order (MCO) after May 18, if there is a surge in the number of new COVID-19 cases, said the Health Ministry on Wednesday (May 13).

In a press conference, the health ministry’s director-general Noor Hisham Abdullah noted that May 18 would mark the end of the 14-day incubation period, since the implementation of the conditional MCO on May 4.

“We are now observing the situation day-to-day. We would make a decision in time to come.

READ: Malaysia to open ‘almost all’ economic sectors from May 4 with health protocols in place, says PM Muhyiddin

As per the conditional MCO which was announced by Prime Minister Muhyiddin Yassin on May 1, almost all economic sectors were allowed to operate at full capacity, with strict standard operating procedures, starting May 4.

The prime minister’s decision to ease restrictions drew criticism, including from former health minister Dzulkefly Ahmad, who said it was too soon. The latter also said that there may be another wave of cases as a result.

Dr Noor Hisham said on Wednesday: “If (the number of) cases are still within our control, (we) can open up more sectors. But if the cases continue to increase, then we have to reverse our decision.”

He stressed that it was now up to the public to ensure a favourable outcome.

Additionally, Dr Noor Hisham said that as of Wednesday, 58 more people have recovered from COVID-19 bringing the total number to recoveries to 5,281.

He also announced that there were 37 new cases, of which 21 were foreign nationals working in Malaysia.

The director-general also said there were two new deaths – that of a 30-year old and a 90-year old. This brought the cumulative number of fatalities to 111.

Following an increase of daily cases to three digits, Malaysians were put under the MCO starting Mar 18 to control the surge of cases and flatten the curve.

Under the MCO, only essential services were allowed to operate and police roadblocks were placed around the country to ensure public compliance.

In outlining the rationale for the conditional MCO starting May 4, Mr Muhyiddin said that Malaysia’s economy has taken a hard hit due to the restrictions, with many Malaysians losing their livelihoods.

The MCO is now slated to end on Jun 9.