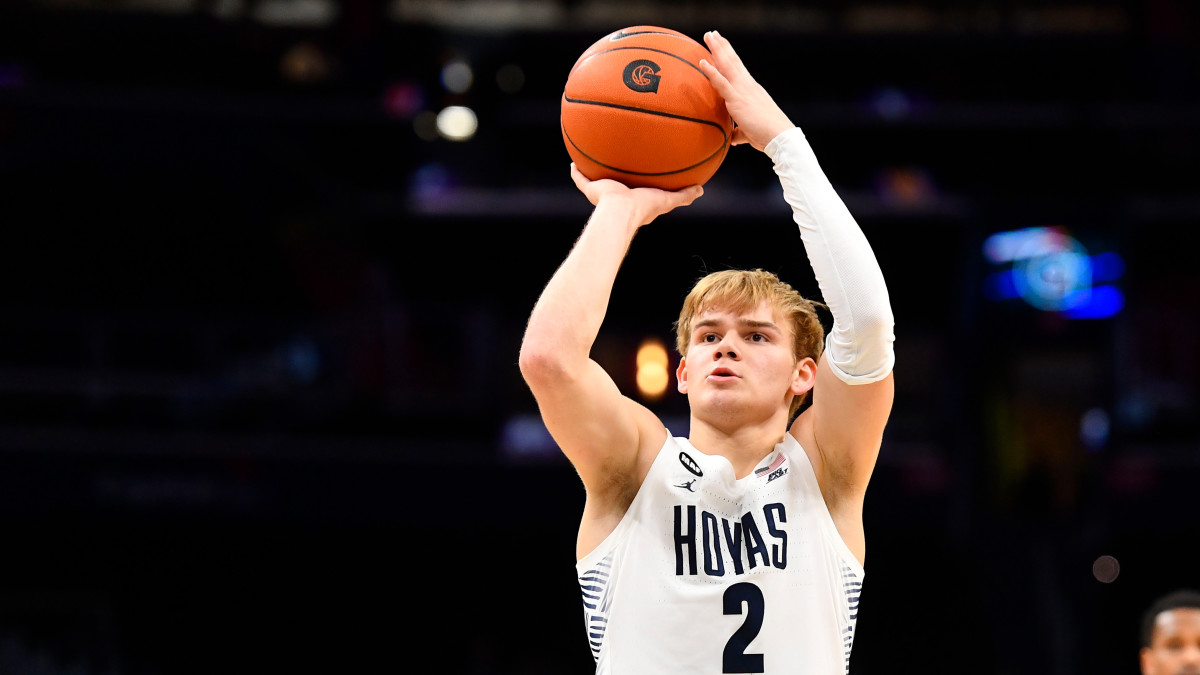 Georgetown guard Mac McClung has requested to enter the transfer portal, according to ESPN’s Jonathan Givony.

McClung reportedly informed Georgetown of his decision to transfer Wednesday morning. In addition, McClung plans to withdraw his name from the NBA draft pool.

“It was a number of different events that made me feel I had no choice but to transfer from Georgetown,” McClung told ESPN. “I really wanted to stay, but things throughout my career made me realize that I couldn’t. I’m looking for a place I can call home. A place I can be a part of a family and help them succeed.”

McClung was experiencing a strong sophomore season before a foot injury cut his year short. In 21 games during the 2019-20 season, McClung averaged 15.7 points, 2.4 assists and 1.4 steals in 27 minutes. He is filing a waiver to become immediately eligible to play, per Givony.

During his NBA draft process, McClung reportedly interviewed with 11 teams and had five more scheduled before he decided to transfer, his agent Daniel Hazan said. He reportedly received a “significant amount of feedback from NBA executives” in order to improve.

“Mac was an integral piece of our program and when he let me know his decision I was disappointed, but he needs to do what’s best for him,” Georgetown coach Patrick Ewing said in a statement. “I want to wish him luck in his future endeavors.”

On May 5, Ewing said on a podcast with Andy Katz that McClung was returning to school for his junior season. Hazan said McClung never told Ewing that information and was “blindsided” with the premature reports of his withdrawal from the draft.

“The podcast with Andy Katz was not the deciding factor to my decision to transfer,” McClung said. “I think it affected my pre-draft process, and seemed to confuse a lot of teams.”

Georgetown experienced many changes to its roster during the 2019-20 season when James Akinjo and Josh LeBlanc were dismissed from the program in December. Teammates Galen Alexander and Myron Gardner later announced their intentions to transfer. LeBlanc, Alexander and Gardner were accused of harassing and threatening a female on campus.