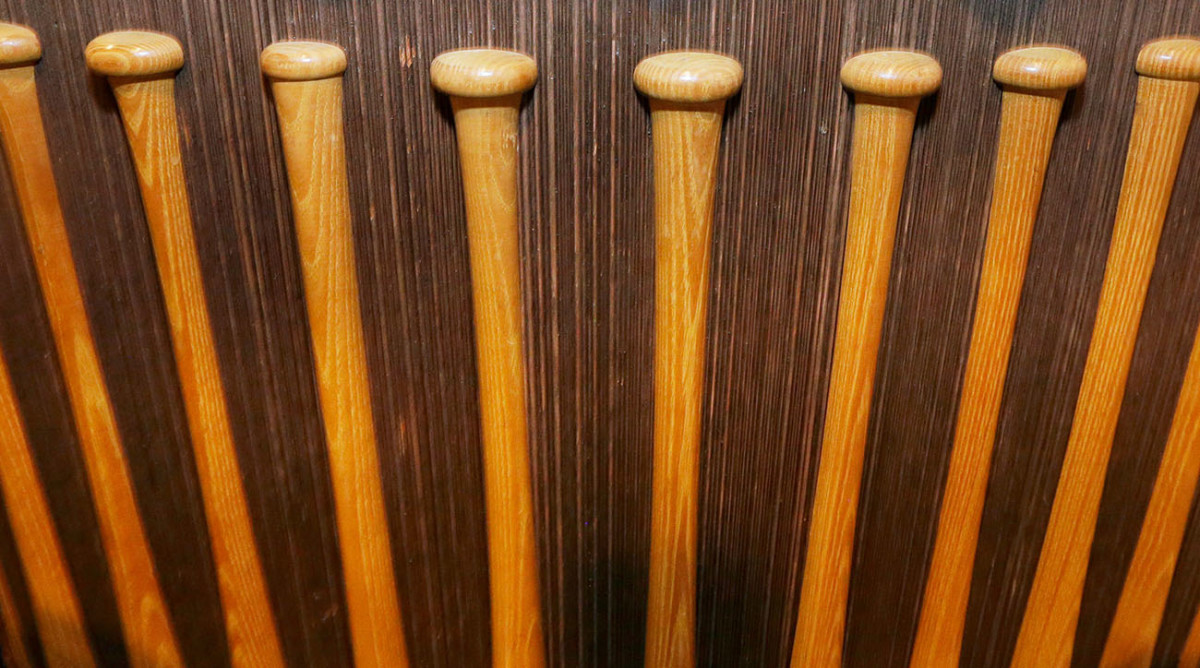 FRANKFORT, Ky. — Major League Baseball may be weeks away from playing ball again, but the factory in Louisville that supplies bats to many of its players resumed production Monday in Kentucky.

The Hillerich & Bradsby plant that makes Louisville Slugger bats had been idled for nearly two months because of the coronavirus outbreak. Workers started filling orders for some big leaguers as parts of Kentucky’s economy reopened Monday after weeks of shutdowns.

Auto and boat dealerships were among the sectors allowed to relaunch in-person service. Also reopening were manufacturing, construction, office-based businesses, pet grooming and photography businesses. Horse racing tracks also can now operate but only with essential employees and no fans, with revenue generated through online wagering.

Hillerich & Bradsby resumed bat production with new health and safety protocols that include twice-daily temperature checks and masks for its employees and social distancing standards.

Bat production resumed on the same day that Major League Baseball owners signed off on a proposal to the players’ union that could lead to the coronavirus-delayed season starting around the Fourth of July weekend in ballparks without fans.

Meanwhile, the next phases of reopenings in Kentucky this month and next will include retail stores, restaurants, hair and nail salons, barbershops, movie theaters, fitness centers, campgrounds and child-care centers.

Gov. Andy Beshear has stressed that businesses have to follow “healthy at work” guidelines once reopened to try to contain the virus.

The pandemic has devastated Kentucky’s economy along with the rest of the nation’s. The number of laid-off Kentucky workers seeking jobless assistance in a seven-week period has approached 700,000 — about one-third of its civilian workforce, the U.S. Labor Department said last week.

On Monday, Kentucky’s economy took tentative steps toward a comeback.

At the Paul Miller Ford dealership in Lexington, customers looked over vehicles in the lot but it was far from business as usual.

Employees wore masks and gloves, and customers were asked to don masks, said marketing manager Nick Easterling. Signs reminded people of social distancing guidelines, and things were rearranged inside to keep people from coming into close contact with one another.

Perhaps the biggest change — customers will take test drives without sales staff along.

“It’s definitely not ideal but we’re accommodating the best we can,” Easterling said. “If someone wants to purchase a car, we’ve got to make it the best experience possible.”

Vehicles are thoroughly sanitized before and after each test drive, he said.

Bachman Auto Group welcomed back customers at its Louisville stores, where sales have run about 60% of year-ago numbers since the pandemic hit, CEO Randy Hutchings said.

“I’m hoping for a pretty quick recovery,” he said. “I think there’s a lot of pent-up demand. I do think lack of inventory is going to be a bigger issue than anything going forward.”

Routes are mapped out for Bachman customers when they hit the road by themselves for test drives, but it’s up to them whether they follow them, Hutchings said. The go-it-alone test drives were working well so far, Hutchings said.

“Everyone has played very nice,” he said.

Dealerships in the state are still urged to prioritize online sales, and their showrooms should not exceed 25% of maximum occupancy as part of the sector’s guidelines.

In Shelbvyille, Katie Birch’s rates are the same as before the coronavirus hit, but plenty else has changed at her dog grooming business.

She has set up a large kennel for customers to drop off their dogs outside her business, Kat’s Doggie Styles. Customers will take their pets’ leashes and collars with them and her staff will take the dogs inside. Her employees will wear masks and gloves, and customers can pay online.

After being closed for nearly two months, there’s plenty of pent-up demand as she prepared to reopen Tuesday.

“We’re slammed,” Birch said. “We are actually booked out for three full weeks, almost four at this point.”

Meanwhile, the governor’s order also reopened horse tracks around the state known as the world’s thoroughbred capital. Racing will be allowed but with no spectators.

Trainer Dale Romans, who keeps his horses at Gulfstream Park in southern Florida during the winter, said his thoroughbreds will be arriving at Churchill Downs in Louisville on Thursday. In a typical year, he said he leaves Florida a month earlier.

Romans said his employees have worked through the pandemic to keep horses fed and healthy.

“Horses have to be fed, you can’t just leave them in the barns,” Romans said.