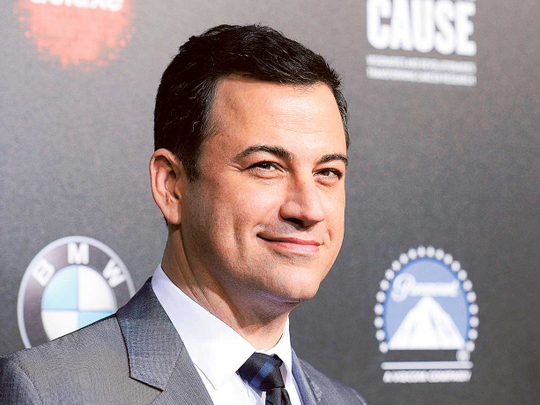 During Monday’s ‘Jimmy Kimmel Live!’ monologue, the comedian sort of apologised for a segment last week showing the video, which sees Pence delivering boxes of PPE to health care workers. At one point, Pence reaches for a box in a van, is informed the box is empty, and asks if he can carry it anyway, “just for the camera.”

“Mike Pence pretending to carry empty boxes of PPEs into a hospital is the perfect metaphor for who he is and what he’s doing,” Kimmel said during the May 7 segment. “A big box of nothing delivering another box of nothing.”

After the show aired, however, it was brought to Kimmel’s attention that Pence was “joking” about the empty boxes. In a longer clip, shown in full on C-SPAN, Pence is seen shutting the doors to the van after making the comment, never actually delivering an empty box.

“How anyone can tell when Mike Pence is joking, I don’t know,” Kimmel quipped Monday. “I didn’t know, because I’d only watched part of the video. It turns out there were 29 minutes of this on C-SPAN that apparently indicate he was joking about carrying the empty boxes for the cameras, which, again, I didn’t know because I don’t have the mental endurance it requires to watch Mike Pence deliver boxes for 29 minutes.

“But I should have watched the whole thing, I guess. Bottom line is: I was wrong. He was joking. I didn’t know. I made a mistake.”

Upon realising the misstep, the comic removed the video and tweeted a similarly snarky apology May 8 admitting it had been misinterpreted.

But Kimmel’s move to come clean on Twitter didn’t stop Trump from attacking what the president called his “last place show,” nor did it stop people from sending death threats to Kimmel and his family.

“Apologising to the Trump administration for spreading untruth is like apologising to Barry Bonds for using steroids,” Kimmel said. “It’s hard, but the outrage from the MAGA hats, the outpouring of venom, was disgusting … Some of them said they hope my son dies. They threatened my wife. There were hundreds of horrible, hateful, sometimes violent, Twitter and Facebook posts.”

The host said he even received “an email from the Vice President’s office requesting that I apologise on air.”

“On Twitter wasn’t enough, I guess,” Kimmel continued. “They wanted it on air. Because this is what they’re thinking about while thousands of Americans are dying every day — jokes from late-night talk show hosts.”

To cap off his nonapology, Kimmel then requested the vice president apologise on behalf of “his boss” for the Trump administration’s “perversions of decency and democracy,” citing the government’s treatment of migrant families, alleged collusion with Russia, delayed response to the coronavirus crisis and more.