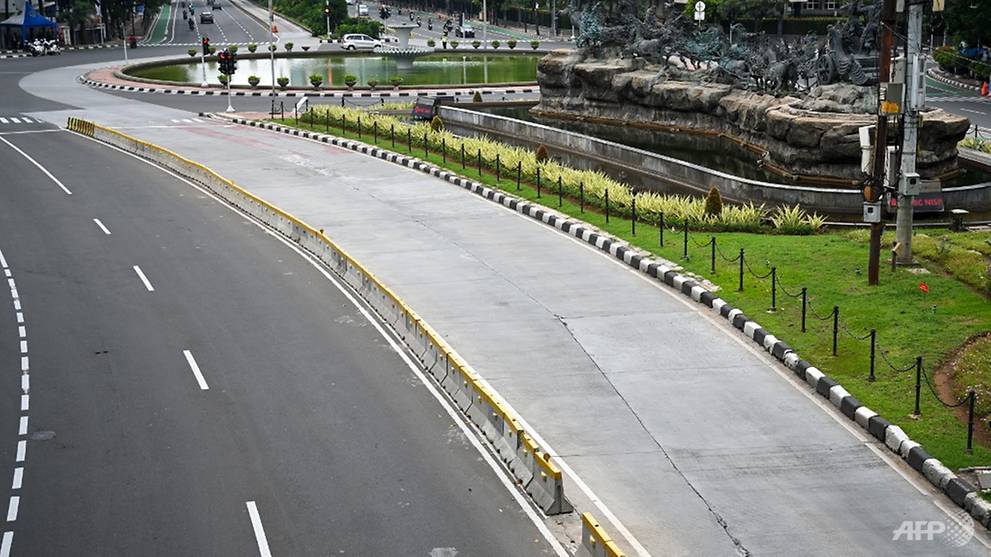 Strict lockdowns, school closures and restrictions on commerce to curb COVID-19 in Southeast Asian countries brought a rare respite from transport mayhem in some of the world’s most congested cities.

The changes were not equally dramatic everywhere as some countries imposed tougher controls than others to try to halt the virus.

Data from Southeast Asian ride-hailing firm Grab shows snapshots of traffic congestion before and during the curbs, delivering a stark, almost startling picture of how the crammed cities came to a halt.

In Manila, strict home quarantine has kept most of the bustling capital’s 3.5 million registered vehicles off the roads since mid-March and the lockdown has been extended to the end of May, which would stretch it beyond that in China’s central city of Wuhan, where the virus first emerged.

Despite its strict movement curbs, the Philippines has struggled to contain the spread compared to its slightly less populous neighbour, Vietnam.

Traffic jams normally cause daily business losses of an estimated US$67 million in Manila, but the city’s chronically jammed Epifanio Delos Santos Avenue (EDSA) has been unusually quiet.

An average of 400,000 vehicles use EDSA on a typical day, the transport authority says, but tough lockdown laws in the Philippines have slashed traffic volume, the Grab data snapshots show.

A Reuters crew timed its 23.8km commute on Apr 7. It took just 20 minutes versus the normal time of more than two hours. Their route covered the EDSA from end to end.

Evening traffic is usually gridlocked across most of Ho Chi Minh city.

However, snapshots three weeks apart at the same time on the same day of the week show very different pictures. During Vietnam’s lockdown, there was no congestion at all, the Grab data shows.

But that is starting to change already as Vietnam is easing restrictions earlier than most other countries.

The country of 96 million which shares a border with China is signalling that it has succeeded in containing the virus, unlike many wealthier and more developed nations.

With the government officially reporting only a few cases and no deaths, the country is on course to revive its economy much sooner than most others, said several public health experts interviewed by Reuters.

Indonesia, Southeast Asia’s biggest nation and the world’s fourth most populous, imposed fewer curbs than many neighbours despite having the largest regional death toll of about 1,000, with medical professionals saying they believe the true figure could be significantly higher.

The virus epicentre has been Jakarta, the capital, where city authorities declared a state of emergency on Mar 20, closing schools and encouraging employees to work from home, though traffic remained notably busier than in cities elsewhere.

Malaysia imposed a partial lockdown on Mar 18 after a surge of cases related to an event at a mosque.

It only began to lift curbs this month with many businesses now allowed to operate if they comply with social distancing and other health conditions. Educational institutions remain closed, however.

Kuala Lumpur is known for peak-hour traffic snarl-ups with an average of half a million vehicles on its roads daily. The traffic is already mounting now that curbs have been eased.

Drops in traffic in Singapore, which strictly controls the number of its vehicles, have been less noticeable.

However, since shutting its borders in mid-March, there has been far less congestion near the northern causeway linking the island to Malaysia, one of the world’s busiest land crossings, and in the east at Changi Airport, a major international transit hub.

READ: Enforcement action to be taken against carpool drivers during COVID-19 outbreak: LTA

Singapore’s “circuit breaker” will run until Jun 1, and it has advised people to stay home except for essential neighbourhood trips.