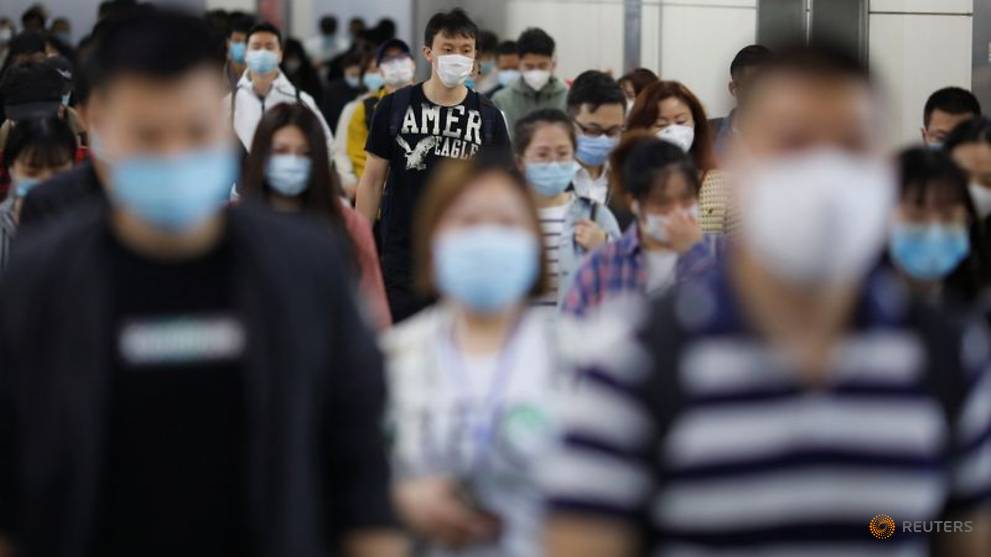 SALEM, Oregon: China’s economy is now gradually recovering from COVID-19 and is entering a reopening phase.

But reopening the economy carries the risk of a second wave of outbreaks.

While the reopening of China’s economy is positive news for the world economy, the global economic slowdown still poses a great challenge for China’s return to normalcy.

There have been hopeful signs of economic recovery in China.

From February to March, China’s manufacturing Purchasing Managers’ Index (PMI) jumped from 35.7 to 52.0 and the services PMI rose from 29.6 to 52.3 — beating market expectations.

Daily coal consumption has now reached about 90 per cent of the level seen in the past three years.

The traffic congestion index for 100 cities is now over 90 per cent of that during the same period in 2019.

READ: Commentary: Can countries sue China for COVID-19? Should they?

RECOVERY WILL BE SLOW

With 50 million migrant workers still stuck in their homes and consumers still worried about the pandemic, both supply and demand will experience a slow recovery.

Demand for China’s exports has also fallen as countries outside of China grapple to contain COVID-19. Half a million Chinese companies closed in the first quarter of 2020 while only 3 million companies were established — 29 per cent lower than the same time last year.

Small and medium-sized enterprises (SMEs) are the backbone of job creation in China. Over 5 million workers lost their jobs and the urban unemployment rate rose to 6.2 per cent in February, the highest since 2002.

Nearly 9 million students will also be graduating from universities and entering the job market.

Employment is the top priority for the Chinese government and should be the focus of its policy response. To effectively reopen the economy and create jobs, four important steps must be taken.

First, it is crucial to avoid a resurgence of COVID-19. There are still sporadic cases emerging in China as well as cases brought by those returning to China from outside.

Strict testing, tracking and quarantining measures are still of the utmost importance. Rigorous monitoring of returning migrant workers’ health and the enforcement of social distancing at workplaces are necessary measures to ensure the orderly resumption of production.

From government mandates to community-based surveillance to individual discipline, every effort must be made to ensure the careful resumption of economic activities.

THE CHINESE GOVERNMENT MUST SPEND MORE

Second, China needs to institute more effective policies to stimulate the economy. Policy measures to combat the economic fallout have been modest so far.

On the monetary front, the People’s Bank of China (PBoC) has reduced the seven-day repo rate by 20 basis points. The PBoC also cut reserve requirements for small- and medium-sized banks from 7 to 6 per cent.

These measures helped provide ample liquidity to the economy. Chinese banks issued new loans totalling 5.8 trillion yuan (US$865 billion) in the first quarter of 2020, a 14 per cent increase from the same period in 2019.

On the fiscal front, the central government would increase the 2020 budget deficit-to-GDP ratio to as high as 3.5 per cent, up from 2.8 per cent last year — which is estimated to unleash 400 billion yuan to China’s economy.

READ: Commentary: How Wuhan mobilised to survive an over-70 day COVID-19 lockdown – and bounced back

The central government also plans to issue two to four trillion yuan in special treasury bonds to shore up the capital of state-backed funds and policy banks. As of end-March, China’s local government bond issuance reached 1.4 trillion yuan, accounting for 76 per cent of the allocated quotas.

Given high private (non-financial) sector debt — which stood at 205 per cent of GDP at the end of 2019 — the PBoC has been prudent in cutting key interest rates, while adopting a more targeted approach to direct credit for SMEs. Fiscal spending would be much more effective. The central government has plenty of room to flex its fiscal muscles.

But the central government in the first two months of 2020 only spent 427 billion yuan, a meagre increase of 4.7 per cent from the same period in 2019. Local government spending in fact edged down by 3.9 per cent year-on-year to 2.8 trillion yuan.

READ: Commentary: Even China is sticking to a semi-formal lockdown

The Chinese government should directly provide or subsidise payrolls and open public sector job opportunities to hire workers willing to work but are unable to find private jobs instead of relying on private companies to stabilise employment.

Government deficit and debt should not be a constraint on China’s efforts to stabilise employment and stimulate economic growth. China’s fiscal spending and public debt are relatively low compared to the United States — spending can expand considerably without worsening private or local government debt.

While the G20 has largely failed to undertake concrete actions to fight the pandemic and protectionism, China should step up and play an instrumental role in confronting the global health and economic crises.

As China resumes production, it could help restore global supply chains and boost global demand through imports. China should also consider debt forgiveness for some of the poorer and vulnerable African countries.

Fourth, restarting the economy must go hand in hand with boosting investment in technologies. It is clear from China’s experience that big data and advanced medical devices are key to containing pandemics.

READ: Commentary: Alibaba makes a whopping US$28 billion bet on its next breakthrough act

When it comes to more technologically sophisticated medical devices like ventilators, the top 10 producers are all US or European companies.

China must expand its research and development to drive economic growth and help safeguard against the next crisis.

LISTEN: COVID-19: Aviation and flying never ever the same again

Yan Liang is Professor and Department Chair of the Department of Economics, Willamette University, Oregon. This commentary first appeared on East Asia Forum.