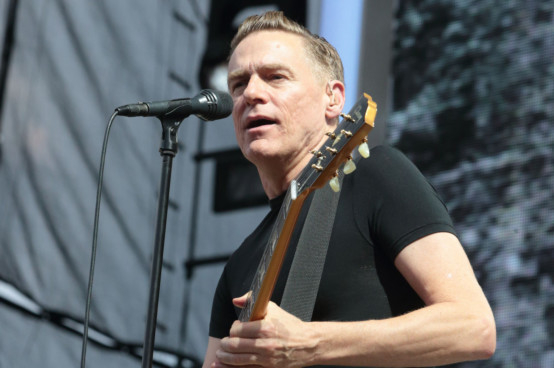 A day after singer Bryan Adams came under fire for his ‘bat eating’ rant that was deemed ‘racist’ by many, the award-winning artist has come out and apologised for his tirade.

In yet another post, the 60-year-old hit maker backtracked on his words, which saw him single out wet markets and non-vegetarians for causing the spread of the coronavirus, and apologised for his earlier outburst, while posting a video of himself singing ‘Into the Fire’.

“Apologies to any and all that took offence to my posting yesterday,” Adams wrote, adding: “No excuse, I just wanted to have a rant about the horrible animal cruelty in these wet-markets being the possible source of the virus, and promote veganism. I have love for all people and my thoughts are with everyone dealing with this pandemic around the world. Here’s the appropriately titled song that would have been performed tonight at the @royalalberthall.”

The Canadian singer’s second post came nearly 24 hours after his expletive-laden rant that caused social media outrage, with many calling Adams out for being racist against Asians and the Chinese. In recent weeks, advocacy groups have stated violence against Asians around the world has been on the rise since the coronavirus was first identified in Wuhan, China.

“Tonight was supposed to be the beginning of a tenancy of gigs at the @royalalberthall, but thanks to some [expletive] bat eating, wet market animal selling, virus making greedy [expletive], the whole world is now on hold, not to mention the thousands that have suffered or died from this virus,” Adams posted earlier. “My message to them other than “thanks a [expletive] lot” is go vegan. To all the people missing out on our shows, I wish I could be there more than you know. It’s been great hanging out in isolation with my children and family, but I miss my other family, my band, my crew and my fans.”

His apology found few sympathisers on social media, with Instagram user chefallemeier posting: “Hey we are all missing our lives currently. But right now the world doesn’t need your racist views and options. Pls be part of the solution and not part of the problem. Having tantrums on IG just divides us, when we need to be more tolerant [sic].”

Canadagraphs posted: “As far as apologies go, that was 1 of the weakest ones I have ever seen.”

Sharranw added: “Disappointed in your racist post yesterday. I was a fan of you since I lived in Calgary in the 80s. You let me down.”