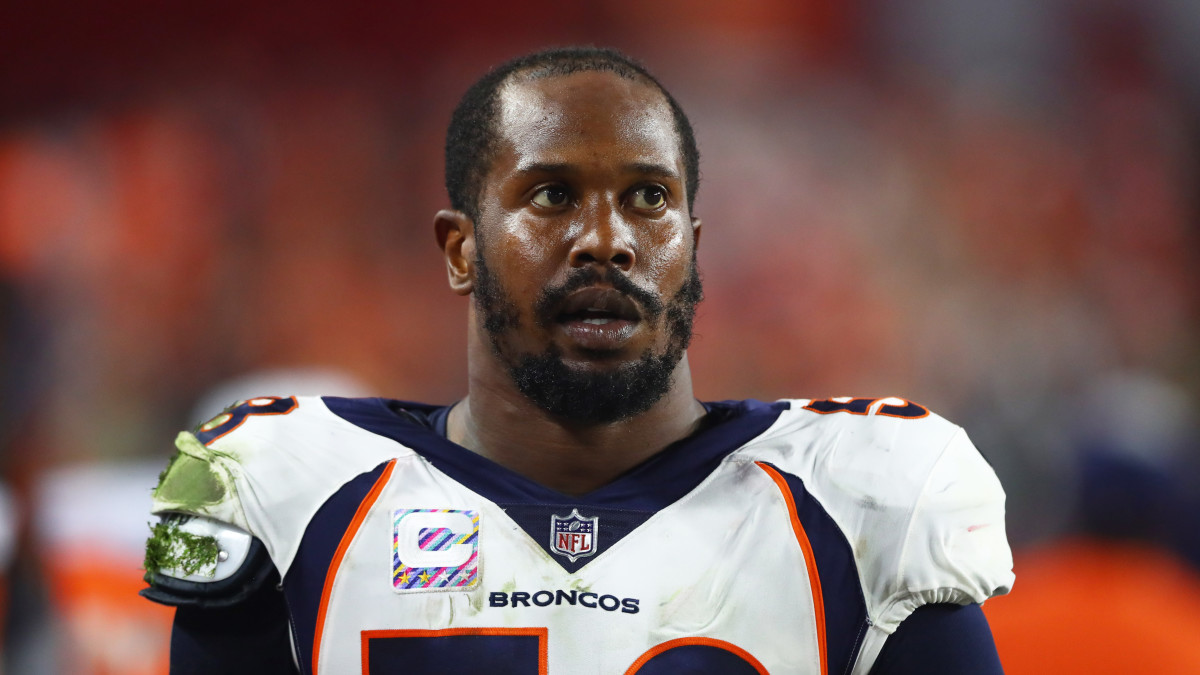 After being diagnosed with COVID-19 in April, the Broncos‘ Von Miller has opened up about his symptoms while battling the coronavirus.

In a discussion with The Washington Post‘s Kent Babb, Miller described his experience and difficulty breathing with COVID-19 as “frightening.” Miller had a formed a cough before he decided to get tested by the Broncos for the coronavirus since the franchise had tests available. Two days later, he received a positive diagnosis.

Miller said that the worst part of the experience was having difficulty breathing, which was made worse by his asthma.

“That was the most frightening part,” Miller said. “Just going to sleep knowing that my oxygen level could drop and I could wake up and have to go to the hospital.”

Other symptoms Miller dealt with were losses of taste and smell, which impacted his appetite. The linebacker understood that what he had was serious.

“The first four, five days I was honestly nervous,” Miller said. “I wouldn’t say that I thought I was going to die or anything like that, but it did cross my mind a little bit.”

Since recovering from the virus, Miller said he has told his teammates to take preventative measures seriously. He said some “don’t even think it’s real.”

Miller added that he took 17 days off before he attempted to practice again and that he can “really feel” the impact of COVID-19 on his lungs.

“I still feel my lungs trying to get back in shape,” Miller said. “It’s just all the wear and tear that it puts on your lungs.”

Looking ahead to the 2020 NFL season, Miller says the NFL should keep a close eye on how leagues around the world are returning to play. He says that constant testing of players and staff will be necessary and that stadium capacity should be reduced in an attempt to welcome fans to games. Miller also added he would be nervous to return to work right away.

Miller is entering his 10th year with the Denver Broncos. The eight-time Pro Bowler recorded 8.0 sacks and 33 solo tackles in 15 games during the 2019 season.