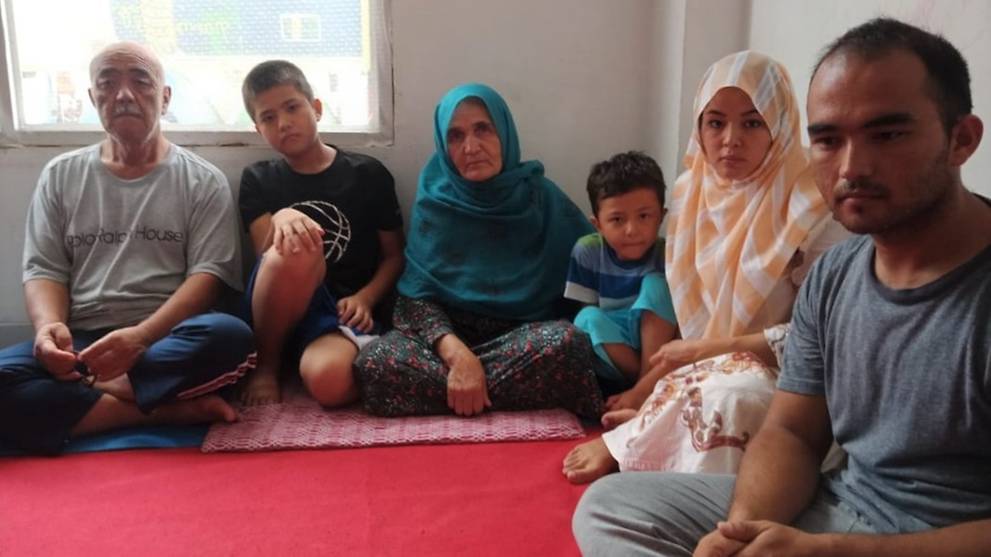 JAKARTA: Once an English teacher, Afghan refugee Zakir Hussain has given up hope of having a bright future.

The 25-year-old has been living with his family and about 250 other refugees cramped in a building in Kalideres, West Jakarta for the past 10 months.

The building is equipped with only one toilet, and water supply only runs from 6am to 9am and 4pm to 9pm. Electricity supply is also sporadic.

The condition worries Mr Zakir, as this means he and the other refugees have problems washing their hands regularly and maintaining personal hygiene amid the COVID-19 pandemic.

“We are in despair,” Mr Zakir told CNA.

The temporary refugee shelter provided by Jakarta government used to house 1,100 refugees, majority of whom originated from Afghanistan, Somalia and Myanmar.

They were placed in the empty former military building in July last year after a group of 150 refugees camped outside the United Nations Refugee Agency (UNHCR) office in Jakarta, in a move to protest against the long wait to be relocated to other developed countries such as Australia, New Zealand, Canada and the United States.

Food was initially supplied, until the government demanded that they vacate the premises by Aug 31 last year, with each family receiving one million rupiah (US$67). Many took up the offer, but a few hundred of them – including Mr Zakir’s family – remained behind on the reason that the money would not last long.

The COVID-19 pandemic, coupled with the fact that Jakarta has the highest number of cases in Indonesia, compounded the refugees’ woes. There are now more than 5,000 confirmed infections in Jakarta.

Mr Zakir said the refugees are aware of COVID-19 as they have Internet access on their handphones.

A Jakarta government official also visited them at the end of March to distribute hand sanitiser while spreading awareness of the disease.

They know that maintaining personal hygiene is imperative to prevent COVID-19 infections, but it is easier said than done under their circumstances, Mr Zakir said.

LACK OF SANITATION AND SOCIAL DISTANCING

While Indonesia is not a signatory to the 1951 Refugee Convention, there are around 13,500 refugees across the country.

When CNA met Mr Zakir last August, he said his family – his wife, parents, brother and two young nephews – arrived in Indonesia a few years ago from Pakistan out of fear of prosecution.

They initially rented a house in Bogor, a city on the outskirts of Jakarta, until their savings ran dry.

READ: Rohingya, UN step up efforts to get Malaysia refugees screened for COVID-19

Life at the temporary shelter with about 35 other families is far from a bed of roses. While there are separate bathrooms, both men and women have to share one toilet.

The refugees took it upon themselves to erect a makeshift toilet stall in the compound, its four walls made of tarpaulin.

“Everyone is depressed now, especially during the (Islamic fasting) month of Ramadan. It’s very difficult at the time of Magrib (evening prayer) or at dawn when we want to pray,” Mr Zakir said, referring to the ablution where Muslims have to wash themselves with clean water before praying.

“More than 200 people want to go to the toilet at the same time,” he said.

With limited access to water and toilet, they often go to a nearby supermarket to use its washroom, which means they cannot adhere to the government’s call for people to remain indoors amid the large-scale social restrictions.

Some refugees are also under a lot of stress from being constantly in close proximity with one another and need to catch some fresh air, Mr Zakir said.

“Mentally, people are giving up here because they know what to do to prevent being infected by COVID-19 but they are not able to do that,” he said.

“They say stay at home, but we don’t have a home.”

They also go out to pray at a nearby mosque at night to perform the evening Magrib prayer.

“If one person gets sick here, the other will soon too because there’s no social distancing, we cannot keep a distance.

“There are more than 200 people here. If we get sick, it is also dangerous to the local people because we are still going out to use the (supermarket’s) toilet. We are actually more concerned about that.”

REDUCED STAMINA DUE TO LACK OF FOOD

For food, the refugees are heavily reliant on the kindness of locals who live nearby. As refugees, they are not allowed to work in Indonesia.

They mostly receive drinking water and bread, and occasionally cup noodles which they treasure as “a luxury food”, Mr Zakir said.

Since they have limited supplies, they eat lunch and dinner only and often skip breakfast.

Given the food they consume, Mr Zakir believes they do not have the best immune system to fight COVID-19.

“And now from morning until night we cannot drink water, so we’ve become weak. Very weak,” he said.

Although none of them have fallen sick, they are worried, especially since there are children living in the shelter.

“The adults are okay, they will survive. But what about the children? They don’t have milk, and they cannot even go to the doctor (for a health check-up), so it’s really hard.”

All the refugees are Muslims but Mr Hussain said many cannot perform the Ramadan Taraweh prayer, which is longer than the usual prayer, due to their lack of stamina.

PLANS FOR REFUGEES PUT ON HOLD AMID COVID-19: CITY OFFICIAL

Mr Taufan Bakri, who heads the city government’s unity and politics division, told CNA that he is aware of the refugees’ conditions.

He said the authorities were coordinating with UNHCR on providing assistance to the refugees, but COVID-19 broke up and their plans had to be put on hold.

The city has other priorities, considering that there are 1.2 million poor people in Jakarta whom the local government has to take care of, Mr Bakri said.

“Actually, we are very concerned, but with the current conditions we cannot do much,” he said.

The city cannot provide water access for 24 hours as that would translate into a monthly bill of 11 million rupiah. The government does not have a budget for this, Mr Bakri said.

“We actually don’t have the obligation to take care of them because they are independent refugees.

“We feel sorry for them but there’s only so much we can do … But we are still facilitating the minimum basic needs of water and electricity,” he said.

Mr Bakri said the authorities went to the shelter at the end of March to distribute hand sanitiser and masks, as well as to disinfect the premises.

There are plans for another round of disinfection at the end of May, he added.

Once the pandemic is over, Mr Bakri said they will discuss with relevant parties on what to do about the refugees, especially since it is possible that no country would want to accept them now given the global situation.

Although it is unlikely that conditions will improve soon for the refugees, Mr Zakir wished there is light at the end of the tunnel.

“I want a permanent solution to my situation,” he said.