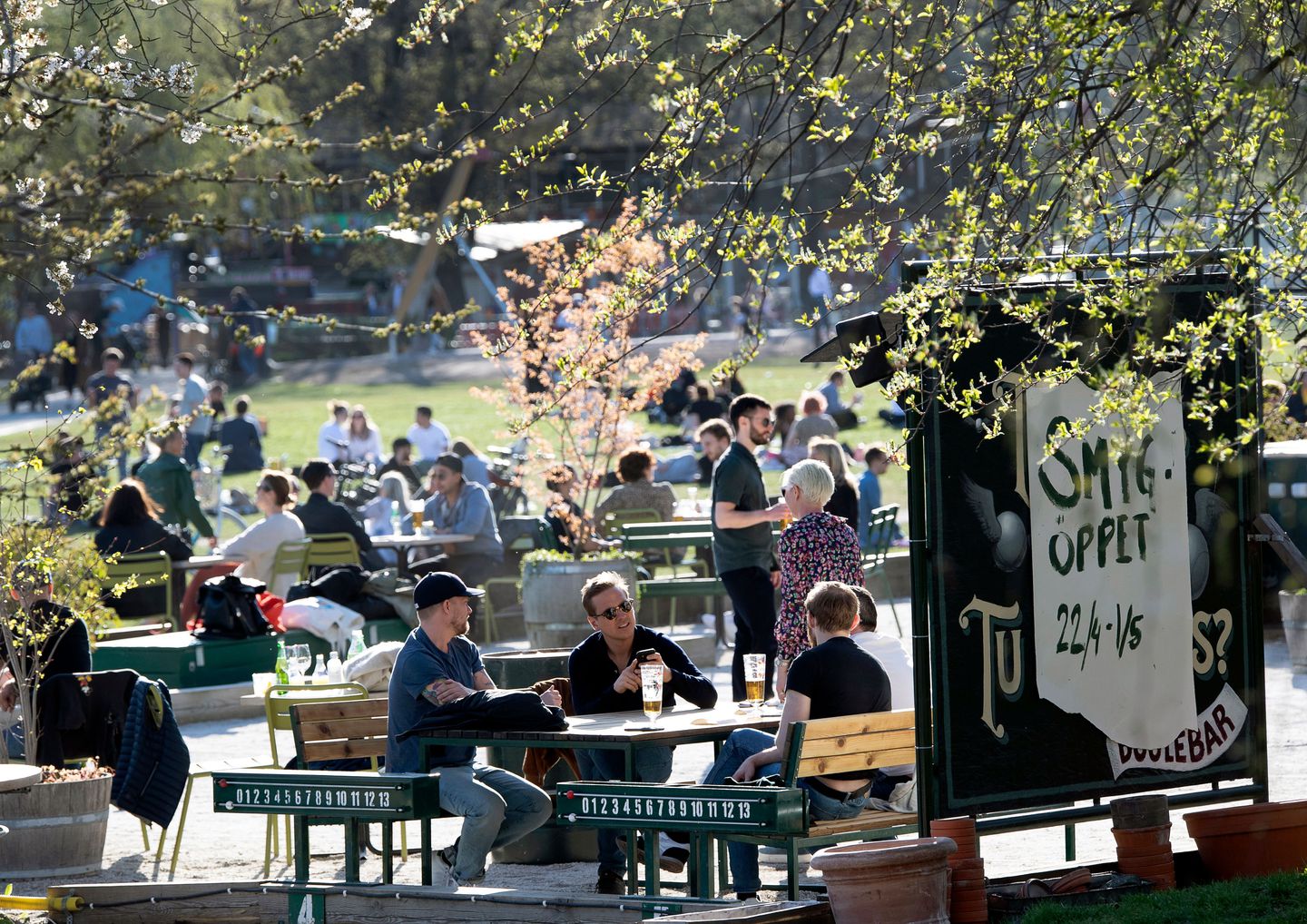 These seemingly lax measures attracted the attention of lockdown skeptics elsewhere, who hailed the “Swedish model” as an example of how a Western democracy ought to deal with the pandemic. It became a cause celebre among American conservatives, who resent the economic toll exacted by social distancing restrictions. Even for nonconservatives, the Swedish approach is now being invoked as an obvious “alternative” to what prevails. New York Times columnist Thomas Friedman suggested this weekend that President Trump may hope to “follow Sweden” as he seeks to “reopen” the American economy.

But Swedish officials are hardly championing their own experiment as a template for the rest of the world. “This is a marathon, this is not over by any means,” Karin Ulrika Olofsdotter, Sweden’s ambassador to the United States, said in a recent interview with Today’s WorldView. She pointed to many “misconceptions” about what Sweden is and isn’t doing in its fight against the virus.

Some media outlets make it look “like everyone in Sweden is out drinking and partying,” she said. “That is not the case.”

The Scandinavian country is by no means coronavirus-free. As of Monday evening, Sweden had registered 3,256 coronavirus-related deaths and more than 26,000 confirmed cases. The vast majority of those who have perished are over the age of 70. The country’s nursing homes were particularly ravaged by the disease. Sweden’s coronavirus death rate per million citizens is among the highest in the world, and its coronavirus death toll is considerably higher than its Nordic neighbors, which all enforced measures that were stricter than what Sweden imposed.

“Our biggest failure has been for our elderly population,” Olofsdotter acknowledged.

But there are apparent successes, too. In a Friday briefing with journalists, Anders Tegnell, Sweden’s state epidemiologist, said the country has been “very much alert and saw cases very early on,” enabling a degree of control over transmissions. Countries to Sweden’s south suffered, he said, “partly because they didn’t see the slow beginning of the epidemic” and started “testing too late.”

Tegnell pointed to “the slow decline of cases in Stockholm,” the country’s capital, which he now attributes “to a level of immunity in the population.” Possibly a third of Stockholm’s residents may have already contracted the virus, according to Sweden’s public health agency — marking a process toward “herd immunity” that may make the country more resilient should a second wave strike.

“Herd immunity” has become a matter of debate among epidemiologists. Some suggest that building toward it — that is, a situation where two-thirds of the population has been infected and is producing antibodies — gives governments license to essentially write off the lives of many among their societies’ elderly and other vulnerable populations. Others counter that without a vaccine, countries implementing strict lockdowns are simply deferring worse cases to a later date.

Olofsdotter argued that Sweden’s strategy was “not a herd immunity strategy,” but rather an approach officials believed would both save lives and help “keep the country’s health-care system working.” The decision not to close schools, she said, was a matter of “public health,” as a large segment of the country’s medical workforce would have been forced to stay home for child care.

A key distinction for Sweden is that its government believed it didn’t need to enforce guidelines regarding social distancing on a population that would heed the advice of the country’s independent public agencies. According to polling data, Swedes have a high level of trust in the country’s public institutions.

This trust is a “fundamental element of Swedish society,” said Olofsdotter. “That’s why we can work with recommendations, because most people actually follow them. It’s part of who we are. Of course there are people who don’t, but the main bulk of the people do.”

Authorities in Stockholm have had to close down a handful of restaurants that weren’t adequately following social distancing measures. Although these sorts of establishments remain open, they still feel the pandemic’s toll. Like in other countries, many Swedes are working from home, curtailing travel and avoiding public spaces.

“The whole tourism sector and hospitality industry are in an extremely dire situation,” said Olofsdotter.

Indeed, Sweden’s strategy was not crafted with economic imperatives in mind. The country’s economy is heavily dependent on now-snarled global supply chains and is projected to suffer somewhere between a 6 to 7 percent hit to its gross domestic product this year — approximately on par with the United States and Germany. Unemployment could reach 10 percent by the summer, a strikingly high figure in Scandinavia.

But Sweden benefits from a robust welfare state that the government has only sought to boost during the pandemic, including an initiative to fast-track sick pay to ensure those with symptoms don’t possibly spread the virus.

“The most important thing is that if people feel sick, they should stay at home,” said Olofsdotter. “It shouldn’t be an economic issue that you go to work no matter what.”

She added that her country is not wedded to its current approach and could change course should infections spike. “The virus is going to be around for a long time, so we have to have something we can live with,” Olofsdotter said. “The goal of the strategy is the same [as other countries], but we operate it in a different way.”