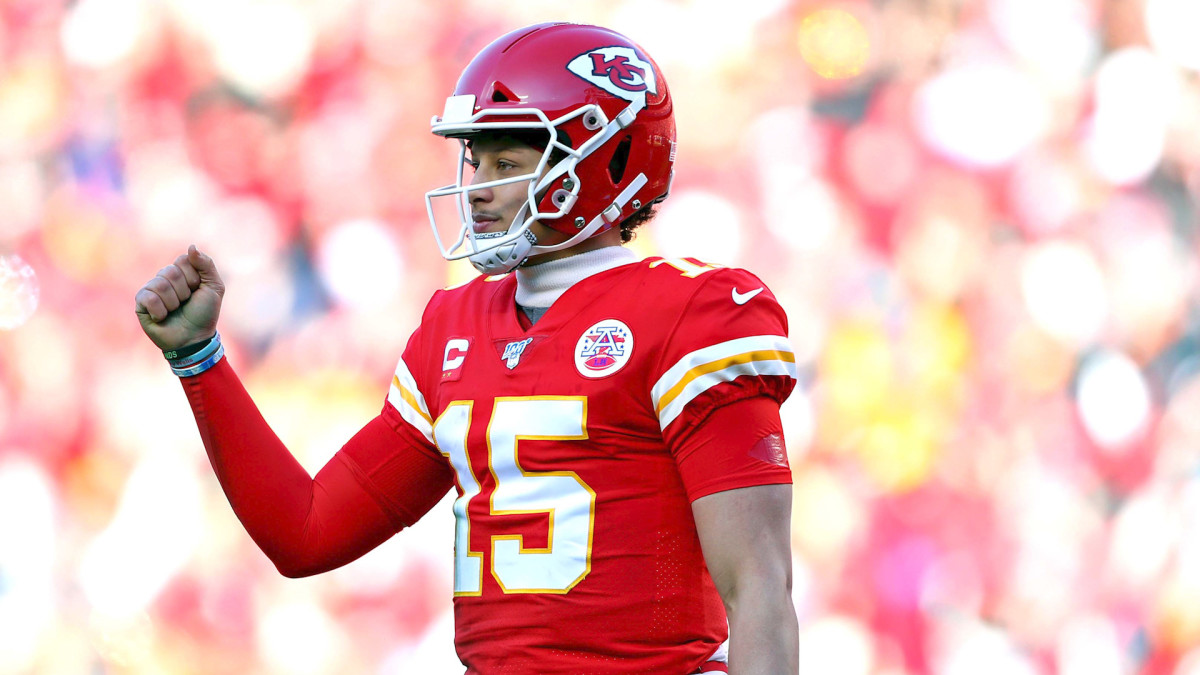 Although the 2020 NFL season is four months away (we hope), it’s never too early to start diving into individual players’ betting markets. In this installment, we will focus on Kansas City Chiefs quarterback Patrick Mahomes’ projected passing yards and how bettors should approach his posted total.

The former Texas Tech standout had a down year in the 2019 regular season when compared to his incredible 2018 season. The world witnessed the star signal-caller suffer a dislocated kneecap in front of a national audience on Thursday Night Football in Week 7. Although he saw a significant drop by his own lofty standards, he still finished the season with 4,031 passing yards, 26 touchdowns and five interceptions, enabling Kansas City to capture the AFC West title and achieve a much-needed first-round bye in the playoffs.

Once the postseason kicked off, Mahomes took his game to another level. In the AFC Divisional Round, the Chiefs spotted the Texans a 24-point lead, only to set up the third-year pro to mount one the biggest comebacks in playoff history. Displaying poise beyond his years, Mahomes broke the spirit of the Texans with 41 unanswered points, which saw him fill up the stat sheet with 321 passing yards and five touchdowns.

The heralded quarterback also put the Chiefs on his back in the second half of Super Bowl LIV, leading Kansas City to a come-from-behind win over the San Francisco 49ers.

Mahomes has been the starter for just two full seasons so far in the NFL, but he has been the league’s most dominant quarterback since stepping onto the field. In 2019, he saw his passing yards per game drop from 318.6 to 287.9. However, when healthy, Mahomes is a near lock to average 300-plus passing yards on a weekly basis given all the talent on the Chiefs’ offense.

Mahomes and the Chiefs will face the Dolphins in Week 14 (494), the Panthers in Week 9 (470), the Buccaneers in Week 12 (449), the Falcons in Week 16 (399) and AFC West rival Raiders twice (419) in Weeks 5 and 11. Why is it important that bettors take notes of these games on the schedule? All of these upcoming opponents finished among the 10-worst teams in points allowed in 2019. The numbers a healthy Mahomes could put up from an individual standpoint as he takes even more control in Andy Reid’s offense could lead to even greater heights in 2020.

He’s the best quarterback in the league and will be surrounded by a ton of weapons once again in 2020, including dynamic wideout Tyreek Hill and superstar tight end Travis Kelce. Hill, in particular, may be the most prolific long-touchdown scorer in NFL history and you can read about that more over at Arrowhead Report.

The Kansas City offense became more potent after selecting LSU running back Clyde Edwards-Helaire with pick No. 32 in the first round. The presence of the dynamic Edwards-Helaire could demand more players come up into the box leading to more lanes downfield in the passing game.

My model projects that the Chiefs will improve upon a Super Bowl Champion offense that averaged 28.2 points per game and a league-leading 18 plays of 40 yards or more. Given the number of weapons he has at his disposal, taking the over on 4,499.5 passing yards for Mahomes is something all bettors should make a monetary investment in.