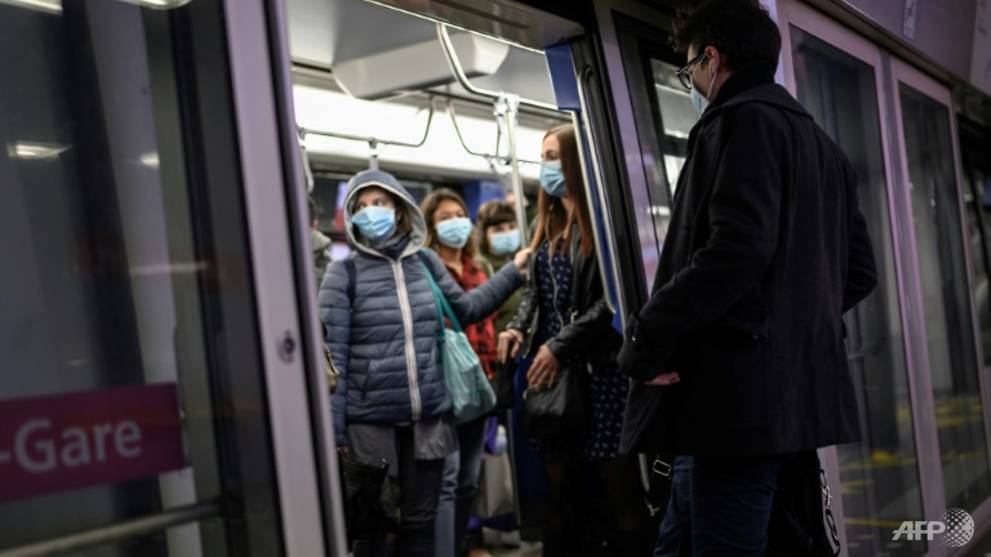 MOSCOW: World powers including Russia and India pushed on with easing coronavirus restrictions on Tuesday (May 12), despite upsurges in infections in parts of the world and warnings of a second wave epidemic.

Chinese authorities, meanwhile, moved to test the entire 11-million strong population of the city of Wuhan, cradle of the global pandemic, after new cases were reported there.

In Russia, the government began to gradually ease lockdown rules, after reporting more than 10,000 new cases of the novel coronavirus every day for over a week.

And in India, the giant railway network ground back to life, in defiance of a recent surge in the number of infections, with 3,600 recorded on Monday, just below Sunday’s record tally.

Various economic and social lockdowns have paralysed much of the global economy, and many areas are now cautiously moving back to work, but world markets were trading cautiously amid fears of a second wave epidemic.

The United States – where at least 80,000 people have died – has the world’s highest case-load, but President Donald Trump is keen to reopen the economy quickly amid soaring job losses.

He faces resistance, however, and Washington’s top epidemiologist Anthony Fauci has warned of “needless suffering and death” if Americans return to work and group leisure activities before the pandemic is under control.

“If we skip over the checkpoints in the guidelines to: ‘Open America Again,’ then we risk the danger of multiple outbreaks throughout the country,” Fauci told the New York Times in an email.

“This will not only result in needless suffering and death, but would actually set us back on our quest to return to normal,” he warned, ahead of planned testimony to a Senate committee Tuesday.

The United States logged a second consecutive day of fewer than 900 coronavirus deaths on Monday, just as the World Health Organization warned of the need for “extreme vigilance” against a second wave.

Russian President Vladimir Putin has ordered a cautious return to work from Tuesday, but the gradual effort was overshadowed by a fire in a Saint Petersburg coronavirus hospital that left five people dead.

Observers were also nervously eyeing Wuhan, where the virus was first reported late year, after the Chinese city registered the first cluster of new COVID-19 infections since it reopened after a 76-day lockdown on Apr 8.

“Each district should make plans and arrangements to conduct nucleic acid tests on the entire population in its jurisdiction within a 10-day time limit,” according to an official statement.

Cautious optimism in some quarters was also tempered by the increasingly dire economic situation, with Belgium’s Brussels Airlines becoming the latest carrier to warn of massive job losses.

The virus has now killed more than 286,000 people around the world, according to a tally compiled by AFP. The number of infections has surpassed 4.1 million, but seems to be slowing.

“The good news is that there has been a great deal of success in slowing the virus and ultimately saving lives,” WHO chief Tedros Adhanom Ghebreyesus said.

But the agency’s emergencies chief Michael Ryan lamented that some governments were choosing to “drive through this blind” by not ramping up capacity to test for and trace the virus.

The virus appeared to have gained a foothold in the White House at the weekend, with a second confirmed case.

West Wing staff were told on Monday they had to wear masks, and Trump said he might limit contact with his deputy after an aide to Vice President Mike Pence tested positive.

Trump, who is desperately seeking to reboot the economy ahead of the November election, said the US was making “tremendous strides” in ramping up testing.

“The people want our country open,” he said.

On Tuesday, France reported a 27 per cent plunge in economic activity for April compared with pre-pandemic forecasts.

Japanese auto giant Toyota said it expected a 79.5 per cent drop in annual operating profit this fiscal year, calling the effect of the virus “wide-ranging, significant and serious”.

Industry chiefs say the business landscape could look very different in the future.

“It’s most likely,” Boeing CEO David Calhoun told a reporter when asked if a major US airline could go bust over the coming months.

“You know something will happen in September,” Calhoun said. “Traffic levels will not be back to 100 per cent, they won’t even be back to 25.”

In Europe, where infection rates and death tolls have significantly tailed off, millions of people have begun emerging from lockdown.

Spaniards revelled in being able to visit outdoor terraces and cafes after months under one of the world’s toughest lockdowns, although virus hotspots such as Madrid and Barcelona remain under wraps.

“It’s very emotional, almost as if we were opening for the first time,” said a smiling Raffa Olivier after setting up tables outside his ice-cream parlour in the seaside town of Tarragona.

Shopping districts were once again populated in Greece, while in the Netherlands, Switzerland and Croatia youngsters headed back to the classroom after weeks at home.