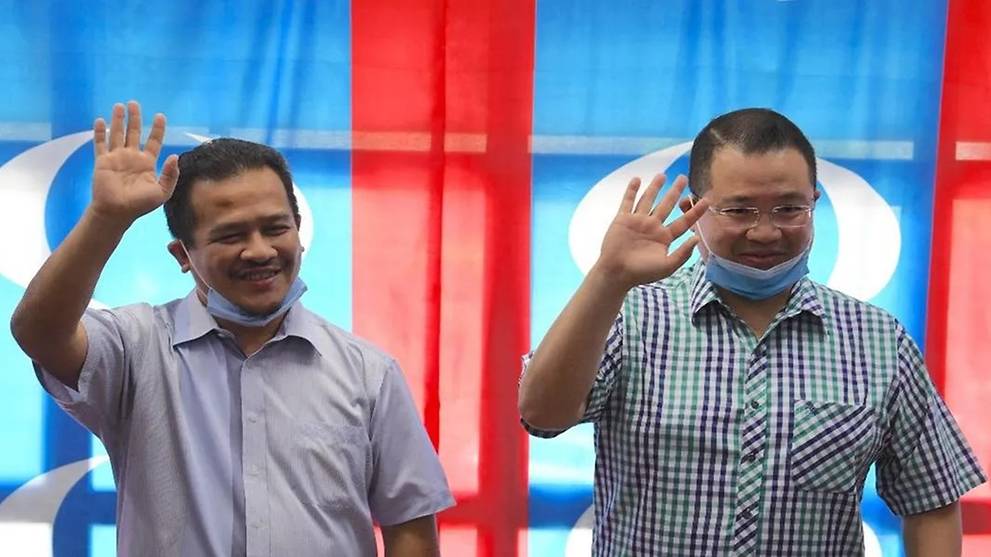 Both assemblymen are said to be aligned to former PKR deputy president and current senior minister Azmin Ali.

Mr Azman told reporters that he has lost confidence in PKR, which is led by Mr Anwar Ibrahim.

“Since he started leading in 2018, the party had become worse,” he said.

He also added that the way Mr Muhyiddin handled the COVID-19 pandemic in the last few months is proof that he is a capable prime minister and leader.

The Kedah state assembly has 36 seats. Of this, 19 was held by Pakatan Harapan (PH).

Parti Islam Se-Malaysia (PAS) and the United Malays National Organisation (UMNO), both under Perikatan Nasional (PN), have 15 and two seats respectively. The two additional seats will be sufficient for PN to form a new state government.

Supporters of Dr Mahathir Mohamad and Mr Mukhriz – Bersatu’s chairman and deputy president respectively – are at odds with those backing Mr Muhyiddin. The split in the party came after Mr Muhyiddin’s decision to team up with Barisan Nasional (BN) and PAS to form the new ruling government earlier this year.

According to news reports, Bersatu party leaders are considering whether to sack Dr Mahathir and Mr Mukhriz.

This is the second time Mr Mukhriz could be ousted as chief minister in Kedah.

Previously, he held the chief minister position from 2013 to 2016, before he was sacked by then prime minister Najib Razak.

The fallout happened as his father, Dr Mahathir, attempted to topple Najib from his position.

On May 4, Dr Ling, who was also Sungai Petani PKR chief, had openly criticised the party for sacking several party members including his deputy Firdaus Yusoff.

As for Mr Azman, he was one of the leaders who followed a walkout of Mr Azmin’s faction in the last day of the PKR congress in Melaka last year. Mr Azman openly criticised PKR’s secretary-general Saifuddin Nasution Ismail for having received an “achievement award” from the party instead of Mr Azmin.

Kedah is the fourth state to fall from PH’s administration after Johor, Perak and Melaka.