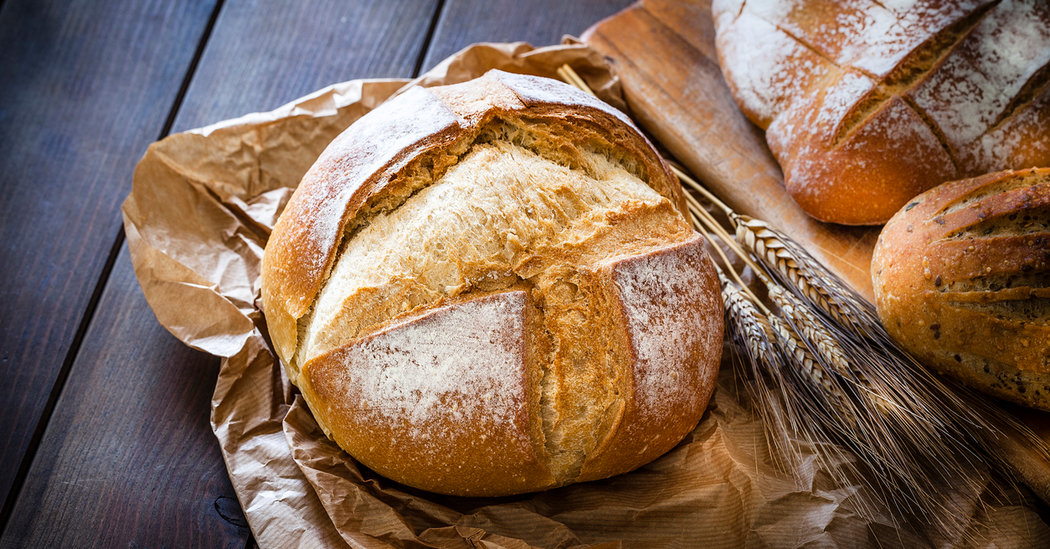 I ordered heritage flour from Minnesota and made a loaf of bread with a crackling crust.

Those are facts. But what is the tone of that sentence? Am I bragging about my baking prowess, my ingredient sourcing, and the privilege that allows me to spend the pandemic in the kitchen? Or is the sentence a setup to a tear-down of entitlement? Or the beginning of an essay about an activity that brings many, including me, comfort amid uncertainty?

All of these; none of them. Really I am writing that sentence the way I have always written any sentence about food: As someone with an eating disorder, someone who is working toward recovery but is not yet recovered.

Stay-at-home orders present special challenges for people with eating disorders. The kitchen is always there: You can’t get away from it. You can’t get away from food online, either, where it’s more present than ever: Sourdough starters and bean shortages and the ease with which people with healthier, typical relationships with food joke about these things, or fill their Instagrams with photos of family meals. I don’t begrudge others that ease; I long for it.

Eating disorders are isolating. They are often misunderstood, perceived as the kind of thing you could get over if you just got a grip. Right now, many in our country are suffering profoundly, facing death and loss of livelihoods. Being able to afford food is a marker of privilege. Shouldn’t our primary relationship with food be one of gratitude for it?

It’s not that simple for people with eating disorders. For someone with an active eating disorder, food can be an agent of destruction. For someone in recovery, isolation can prompt a shift to old coping mechanisms. Eating disorder outreach has risen online: On Instagram, @covid19eatingsupport provides “meal support” — somebody to eat with. The National Eating Disorders Association offers video sessions that explore subjects such as family dynamics during quarantine and eating disorders during midlife.

That’s me. I’m in my mid-40s and I’ve struggled with eating disorders since adolescence. Early on in the pandemic, my “E.D. thoughts,” as they are called, were trained on contamination. I feared that food would be the vector for the virus, the thing that sickened me or made me unknowingly symptomatic and a danger to others. Mouthing a handful of blueberries — were my hands washed, were the blueberries clean, why couldn’t I have WAITED — made my heart race.

Such fears shamed me with their smallness. And with their irrationality: there is no evidence of transmission by food. I know this. But it was no surprise to me that my fantasies around food centered on punishment: that I would contract the virus as a consequence of my own desire.

A few weeks in, I’m less fearful; I’m adapting to the new reality. And I’ve become curious about the transformation that might be possible within it. My body has been on display to no one but my family for weeks. In quarantine, my focus is not on the external perception of my body, but on my own experience of it. Is this the elusive “living in” or “being in” my body that so many of us with eating disorders struggle with? It’s too soon to say.

I am fortunate to have the help of a therapist whom I’ve continued to see over video sessions. But it took me decades to seek help. I was too ashamed to share my own story, even privately, which is partly why I find it so powerful when others share theirs.

Sometimes I read a subreddit — an online forum — devoted to binge-eating disorder. I am moved by those who post. They are in such pain and able to be so honest about it. People often don’t understand how severe this illness can be. Not long ago a woman posted with the subject, “Almost died due to a binge.” After a 90-minute binge, her stomach ballooned, she said, compressing her organs. She was admitted to the hospital. She described seeing the food removed from her body, the “gastric surgeon saying ‘wow, it’s still going,’ as he’s draining brown/dark yellow liquid with food chunks from my stomach, with 3 nurses looking at each other with facial expressions.”

Other posts — many of them — address quarantine. Stuck with parents, or partners, nervous about the food stockpiled in the house, desperate to binge, trying not to. One post that really shook me early on in the pandemic was from a nurse anticipating Covid at work and then turning to food at home. “I’ve been eating, eating, eating the past three days … I’ve lost my grip. I just don’t care anymore. We are just about out of surgical masks at my facility. Finding a respirator is a joke … I feel so powerless. I don’t know what to do.” (Both women gave me permission to quote from their posts.)

In this moment when we are attuned to isolation, it’s worth considering the ways in which we isolate others — by not making room for their stories, by increasing their shame, by judging their struggles.

“The stress and anxiety which reached a fever pitch this week and is predicted to keep trending upward is drowning me,” the nurse wrote elsewhere some days later. “I’m binge eating to feel a moment of calm and pleasure when normal comforts are stripped (gym, any friends and family). I just need to hear from someone in this situation. People, maybe nurses, who have coping resources or stories … I cannot continue on this path. (I have a therapist who is helpful but the best thing is connecting to really sympathetic people.)”

The challenge for someone with an eating disorder — someone like me — is to learn, or relearn, to see food as nourishment. To say, I baked a loaf of bread, and say it plainly. No adornment or work-up or hiding. No secret, electric, subtext in that sentence. Just the loaf of bread still warm on the rack, butter softening beside it.

Connection is nourishment, too, and the challenge for all of us right now is to connect at a distance: to be sensitive to the pain that we may not see; to offer comfort and show compassion, to be the “really sympathetic people” who can help one another cope. This is how we can nourish ourselves during what will be a long, collective recovery.