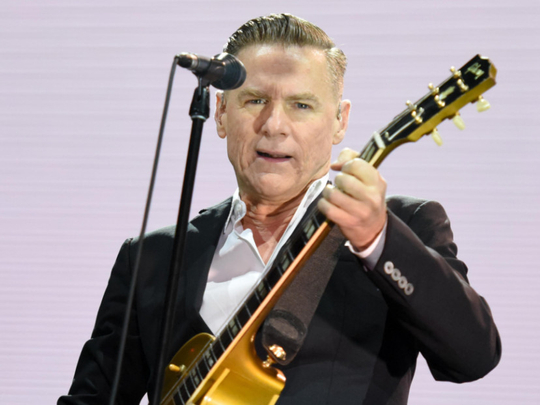 Canadian singer Bryan Adams shocked fans when he unleashed a tirade of racist comments on social media on Monday (April 11), after a series of concerts were cancelled in light of the coronavirus pandemic.

The expletive-laden posts on Instagram and Twitter blamed the wet markets in China as the root cause of the COVID-19 pandemic that has affected more than four million people worldwide.

In an Instagram post, Adams, who’s been a frequent visitor to the UAE, put up a video of himself singing his hit track, ‘Cuts Like a Knife’, while lamenting the cancellation of his gigs in London.

“Tonight was supposed to be the beginning of a tenancy of gigs at the @royalalberthall, but thanks to some [expletive] bat eating, wet market animal selling, virus making greedy [expletive], the whole world is now on hold, not to mention the thousands that have suffered or died from this virus,” posted Adams.

The 60-year-old hitmaker continued: “My message to them other than “thanks a [expletive] lot” is go vegan. To all the people missing out on our shows, I wish I could be there more than you know. It’s been great hanging out in isolation with my children and family, but I miss my other family, my band, my crew and my fans.”

Adams concluded his post by asking his fans to take care of themselves and hoping “we can get the show on the road again soon. I’ll be performing a snippet from each album we were supposed to perform for the next few days.”

The singer also posted the same message on Twitter, where it trended for a while before being removed after several social media users complained. However, the screenshots of the offensive tweets are still visible on the micro-blogging platform.

Twitter user Elizabeth C. McLaughlin posted: “OK, so look: if you do not understand why Bryan Adams’ tweet was super racist, I can’t help you. You are part of the problem.”

Katie Phang tweeted: “Well…I didn’t have #BryanAdams being a screaming racist on my 2020 #StopTheMadness Bingo card…”

Hoodlum simply tweeted: “Everyone toss your Bryan Adams’ 8-Tracks. Let him have it.”