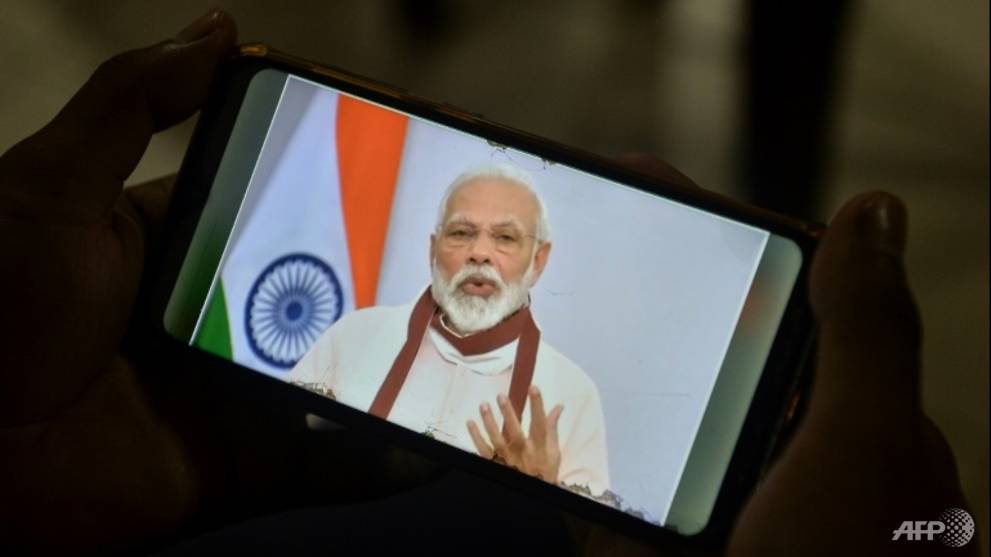 NEW DELHI: India’s Prime Minister Narendra Modi unveiled on Tuesday (May 12) a stimulus package worth 10 per cent of the country’s GDP to boost labourers and small businesses as the economy reels from the coronavirus pandemic and a weeks-long lockdown.

The 20-trillion-rupee (US$266 billion) relief plan for Asia’s third-largest economy came as the country enters its 50th day under the world’s biggest shutdown on Wednesday.

The economic package “will give a new momentum to India’s development journey and put India on the road to self-reliance,” Modi said in a special television address to the nation.

“It is for the cottage, small and medium-scale industries.”

The government has credited its strict shutdown of almost all activity in the country of 1.3 billion people for limiting the number of virus cases, which currently stands at just over 70,000 infections, including 2,293 deaths.

But the livelihoods of tens of millions of people have been badly hit, particularly the poor and migrant workers, many of whom have lost their jobs.

“Day labourers, migrant workers have suffered much in this period. It is our duty now to do something for them,” the prime minister said.

The funding announcement includes a smaller relief package announced at the start of the lockdown in late March and stimulus efforts by the central bank, Modi said.

Finance Minister Nirmala Sitharaman would unveil further details in the next few days, he added.

The Indian leader stressed the need for the country to be self-reliant, and for people to buy local products to help the economy.

“The corona crisis has also taught us the importance of local supply chains … we have to now think local,” he said.

The president of Indian industry body FICCI, Sangita Reddy, welcomed the package and said it would “address the needs of the poor and needy, MSMEs (micro, small and medium enterprises) and also the industry and common man.”

Analysts said the package was a “much-needed boost for the Indian economy”.

“This is a good and bold step … as different sectors and small-scale businesses were desperate for relief,” State Bank of Baroda chief economist Sameer Narang told AFP.

India was already battling a liquidity crisis, bad loans and rising unemployment even before the pandemic arrived in India.

The nation’s key services sector plummeted in April, indicating a severe slowdown in the economy.

Efforts to re-start activity in several industries as the lockdown was gradually eased have meanwhile stumbled amid a shortage of labour.

Many migrant workers have fled or are leaving India’s cities on foot or on special train services to their home villages after struggling to feed themselves and their families amid the lockdown.

Modi said the next stage of the lockdown, which is due to be lifted on May 18 after being extended twice, “will be different in many ways”.

“It will be based on suggestions received from states,” he said, adding that an announcement would also be made in coming days.

“Corona will be part of lives for a long time. But we cannot allow that our lives will just revolve around the corona crisis.”

Apart from some relaxations for industry and agriculture last month, offices this week were allowed to operate with one-third capacity while the country’s massive rail network re-started on Tuesday with limited services.