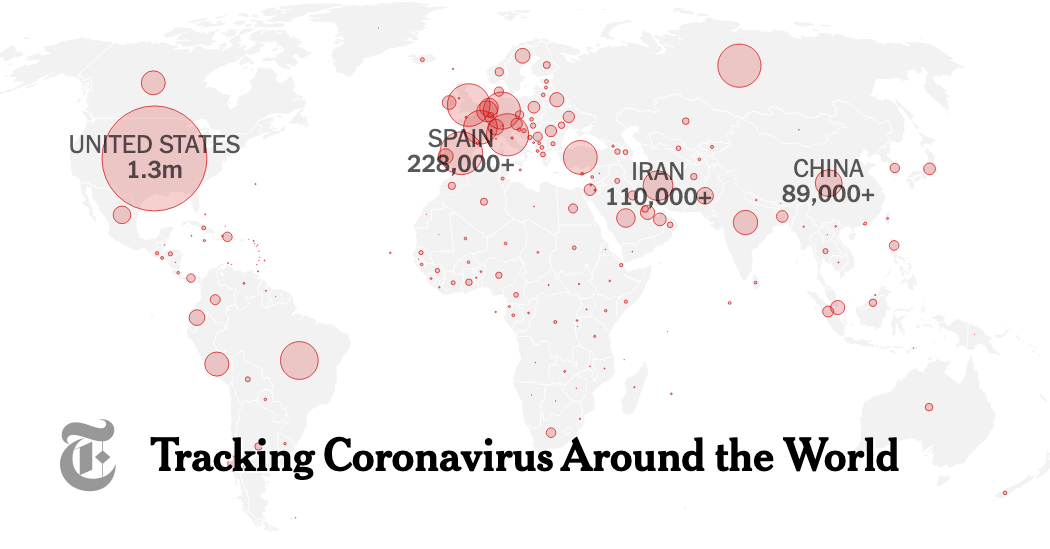 ‘We are not out of the woods yet’

For the first time since the pandemic began, leaders of the Trump administration’s coronavirus response testified before Congress on Tuesday, and the picture they painted was much grimmer than President Trump’s claim on Monday that “we have prevailed” over the coronavirus.

“We are not out of the woods yet,” Dr. Robert R. Redfield, the director of the Centers for Disease Control and Prevention, testified before the Senate Health, Education, Labor and Pensions Committee. “But we are more prepared.”

Dr. Anthony S. Fauci, the nation’s top infectious disease expert, said there was no chance of having a vaccine ready in time for the new school year in the fall. And he said the U.S. was still far from the levels of testing and contact tracing needed to contain outbreaks.

“If we do not respond in an adequate way when the fall comes, given that it is without a doubt that there will be infections that will be in the community, then we run the risk of having a resurgence,” Dr. Fauci said. “I would hope that by that time, in the fall, that we would have more than enough to respond adequately. But if we don’t, there will be problems.”

A flash point over testing: While an effective vaccine or treatment would be the “ultimate solution,” Senator Lamar Alexander, Republican of Tennessee, said during the hearing, “until we have them, all roads back to work and school go through testing.”

Adm. Brett P. Giroir, who heads the government’s testing response, testified that the administration planned to send to states enough swabs for 12.9 million tests over the next four weeks. But several committee members were skeptical.

“This administration has had a record of bringing us broken promises that more supplies and testing are coming, and they don’t,” said Senator Patty Murray of Washington, the ranking Democrat.

That could let the companies save a fortune in rent and other costs of adapting their offices for a social-distancing future, especially in high-priced cities like San Francisco and New York. But it could have painful ripple effects for landlords, business-district restaurants and stores, and city tax coffers.

Some landlords believe the pandemic will make businesses value the socialization and collaboration of office life even more than before. But giant companies like JPMorgan Chase are betting the other way. And Twitter has already told its employees that they can work remotely forever.

Anxiety on the front lines: Public-facing employees at companies like Starbucks, Whole Foods and Target are worried that some safety measures adopted to protect them from infection may be rolled back before the danger is gone.

China blazes a trail: The precautions that local officials and major companies in China have put in place as they reopen for business may offer lessons for other countries.

A soaring toll in Latin America

The coronavirus came late to Latin America, but death rates there are now comparable to those in Europe — and the region is much less prepared than Europe was to deal with the virus.

Twice as many people died in Lima in April 2020 as in an average April, rivaling the worst month of the pandemic in Paris, according to data collected by The New York Times. Manaus, a city in the Brazilian Amazon, experienced a similar surge, comparable to Madrid or London at their worst. In Guayaquil, Ecuador, fatalities in April quintupled — akin to what New York City endured when the outbreak there was deadliest.

Our colleague Anatoly Kurmanaev, who covers the region from Caracas, says Latin America has been hit particularly hard because many countries there have health care systems that are closer to the U.S. model than to Europe’s: strong private coverage for the wealthy and very weak universal coverage for everyone else. So when ordinary people get sick, it can be difficult for them to get treatment and recover.

Hospitals tend to be strapped for funds, support systems can be meager, and many people work in informal jobs that do not let them stay home and self-quarantine.

“For a while, it seemed like maybe the global south would pull through, that maybe this was a rich-world disease, because of their colder climates, older populations, and more common preconditions like diabetes,” Anatoly told us. “But the example of Latin America shows that that’s not the case.”

Become an indoor plant parent. There’s almost always room for a little green indoors, even in the smallest spaces. And if you can’t manage a live plant, a nice fake one would do.

Find family harmony. If your adult children have returned home, it can be helpful to set ground rules for living together and discuss how household responsibilities are managed.

Rethink Covid-19 in children. There’s new evidence that the virus poses greater risks to some children than previously realized. Here’s what parents should understand and look out for.

I am a freelance musician and, since live performances have been canceled through the summer and I cannot get together with my friends for music-making, I have started playing concerts from my front porch for neighbors and passers-by. A friend picked up on the idea and we are now organizing a ”concert porch crawl” in our neighborhood.