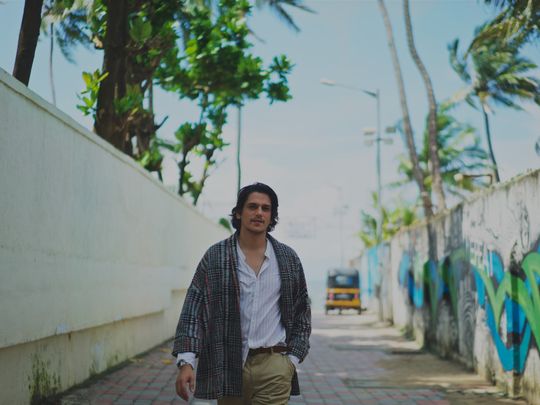 Imtiaz Ali, Bollywood’s go-to director for inspiring romances, made his web series writing debut with the risque crime thriller ‘She’, which dropped on Netflix this March. But the real breakout star from the new chapter in Ali’s career was actor Vijay Varma, who played the deliciously wicked and troubled narcotic kingpin, Sasya.

“Sasya gets turned on by danger and has a twisted, diabolical mind. He knows no fear,” said Varma in an exclusive interview with Gulf News tabloid.

“When I read the part and I met Imtiaz sir for the narration, I was repulsed by my role, but I was also so interested that something like this was happening in a web series… It was such a challenging role to play. He was flamboyant even under pressure and in the midst of crisis,” explained Varma.

The widely-watched series ‘She’ is a tale of an unassuming and sexually repressed constable Bhumi (Aaditi Pohankar) who goes undercover as a gawky prostitute to gain entry into a dangerous narcotics ring in Mumbai. Varma, who plays the seedy and sketchy Sasya, is her first bait and Bhumi reels him in with her femme fatale act.

He underestimates Bhumi and gets caught by the Mumbai law enforcement officers. Several episodes are focused on Sasya indulging in a cat-and-mouse game with Bhumi and her senior colleagues.

“It’s very difficult to wrap your head around a person like Sasya… He holds so much information inside him and you are never sure if he’s manipulating you for his benefit. I had to jam a lot with Imtiaz sir to understand this guy who thrives from discomfort, danger and is driven sexually. Every decision of his life is also power oriented,” said Varma.

The Hyderabadi actor, whose credit includes stirring dramas such as ‘Gully Boy’, ‘Pink’ and ‘Rangrezz’, didn’t falter in his immoral character. Varma plays Sasya with a potent, explosive mix of eccentricity and derision. The scenes in which he lets his hormones do the talking are comical and dark.

“There’s this push and pull in the writing of ‘She’. As a viewer, you aren’t sure if you should feel attracted to that person or just be repulsed. There are some scenes in the series where you had to feel both … You shouldn’t know what to think of Sasya. He’s constantly checking your moral bent and your threshold of understanding of people,” he continued.

The actor describes his career-altering role as that mysterious man who can never be found on Facebook and as someone who loves to display his dominance in any shady situations.

“He works in a mysterious business, lives a mysterious life and he knows how to get any dirty job done. Plus, he’s also very entertaining. There’s a certain kind of leadership in him and therefore he has many cronies who follow and idolise him,” Varma explained.

The sparring between him and the police officers is what makes the series immensely watchable.

Varma, who is an alumnus of the prestigious acting school FTII (Film & Television Institute Of India) in Pune, is a self-made actor who had to work his way up the entertainment industry ladder through merit alone.

For ‘She’, he auditioned for his role. The makers even waited for more than 45 days for Varma’s audition reel as he was busy completing another movie project.

“I am so glad they waited. Sasya is one of those characters that you read in literature or films and go ‘wow’. I could draw parallels from some interesting characters like Gollum in ‘The Lord Of The Rings’ or Joker in ‘The Dark Knight’. You keep questioning his loyalty and motives,” he added.

The success of ‘She’ has also helped Varma become popular with the ladies.

“I am getting a lot of attention and messages from girls and I am not complaining,” said Varma with a laugh.

While his grey character had many fans, the series garnered mixed reviews. Many found the idea that a repressed lady constable, with no real powers or training, could find such easy success among nasty drug dealers laughable. Her character’s treatment by her male colleagues was also perceived as problematic and not empowering.

Ask Varma about the mixed reviews and he shrugs it off as a part of the creative process.

“I read reviews and I heard what our viewers and our friends from our fraternity had to say. They have all reached out to me on what worked for them and what didn’t. Let’s face it, the script of ‘She’ was explosive in nature. It showed a reality that was very close to how a woman is often subjected to by a male gaze. The series was representative of how a dormant sexuality can be something lethal when tapped on,” he explained.

As an actor he has learnt to take the polarising opinions on his work and films as a part of the creative game.

“I found the reactions revelatory instead of a problem. Even if something that you see isn’t suiting your palette or your ideology, it doesn’t mean it is not happening … The fact is that Sasya liked her because she [Bhumi] challenged him in a way that no other woman had.”

“The idea is to take risks as an actor… When I played Sasya, I knew he was a lecherous guy and he could either way with the audiences. But I wanted to inject certain kind of relatability into that grey role. He isn’t all black and white. He had a grey mind and that was my chance to shine.”

“I want to take risks as an actor and that gamble is paying off in my career … I have been very patient in my career as an actor. There’s a fire inside my belly but I keep it simmering as I don’t want to burn out. I am extremely crazy when it comes to my work and I have a lot of passion.”

Vijay Varma is currently working on web series ‘The Suitable Boy’, based on Vikram Seth’s novel.

‘She’ is streaming on Netflix.