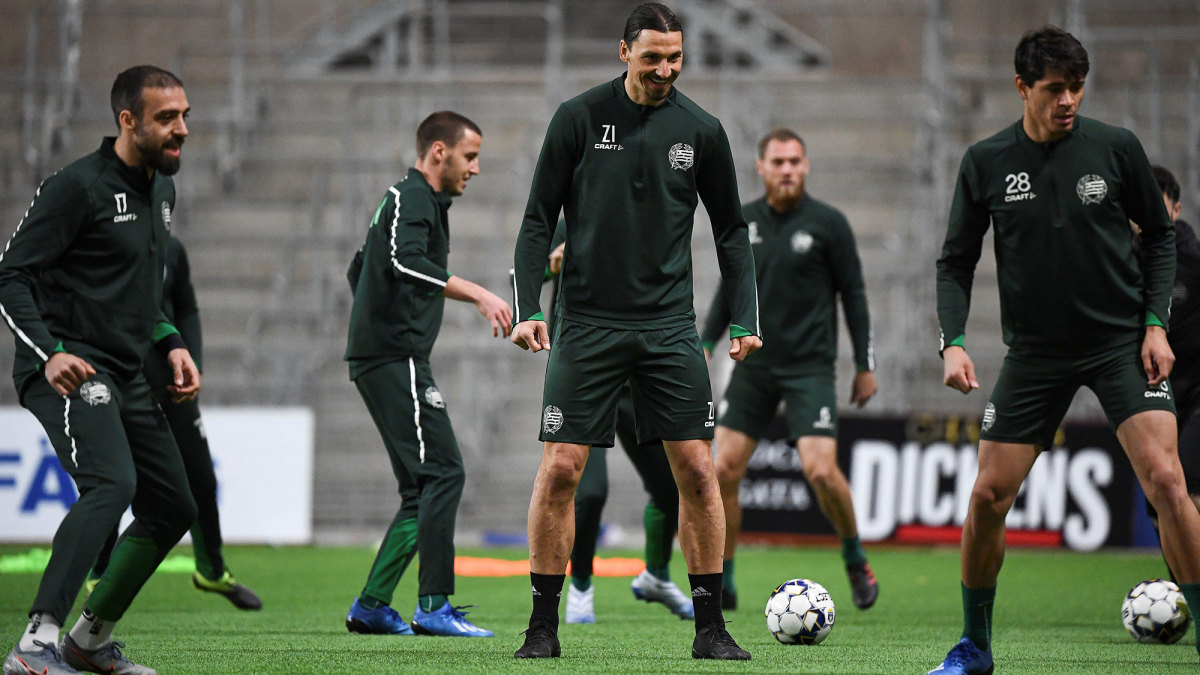 STOCKHOLM (AP) — Zlatan Ibrahimovic returned to Italy on Monday and is set to spend time in quarantine before training with AC Milan ahead of the potential return of the Serie A season.

He leaves behind plenty of questions in his native Sweden.

Ibrahimovic has been keeping up his fitness by training with Hammarby, the Stockholm-based club in which he bought a nearly 25% stake last year in his controversial first move into soccer ownership. He has practiced with Hammarby’s men’s and women’s teams, including playing a training match, because Sweden is not under strict lockdown measures during the coronavirus pandemic.

It has raised hopes at Hammarby, and belief among soccer fans in Sweden, that the 38-year-old Ibrahimovic could return to the club as a player — not just an investor — in the final years of his career. He previously has said he would not play club soccer again in the country of his birth, having had a globe-trotting career after leaving his boyhood club, Malmo.

Hammarby sports manager Jesper Jansson said there is a possibility Ibrahimovic could play for the club one day.

“Only Zlatan himself knows,” Jansson told Swedish daily Expressen. “He hasn’t said anything like that and it’s not that I need to ask him and tell him that we want him here.”

Milan and most of the other Italian league clubs resumed training on an individual basis last week before full team training restarts next Monday.

Ibrahimovic is one of the last Serie A players to return to Italy ahead of the potential league restart and he didn’t give much away about his future during his few weeks at Hammarby.

“I have a contract with Milan, we will see how it ends there. If it ends,” he told Swedish broadcaster DPlay. “I want to play football for as long as I can.”

Ibrahimovic has a contract with Milan until the end of the season. The Swedish league is hoping to be staged from June to December.