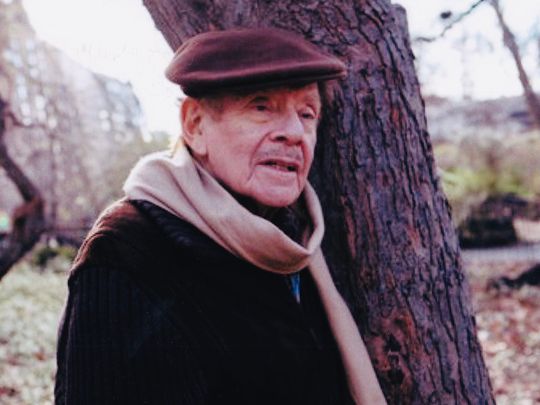 Jerry is best remembered for his fatherly roles on 1990s television.

Viewers fell in love with Jerry on ‘Seinfeld’ as the short-tempered Frank Constanza, dad to George Costanza, from 1992 and 1998.

“Frank Constanza, first of all, we never knew what his ethnicity was. All I knew was that my wife Estelle Harris, this wonderful woman who was never afraid to give it as much as take it, was always making paella,” said Stiller about the iconic role.

“The character developed. One day I came up with a line that was totally my own. People would ask, ‘How can people who eat kasha and kneidlach and matzahs have the name Costanza?’ And I said, ‘Well, they’re a Jewish family in the Witness Protection Programme.’ So, that line stuck in my head all the time … I didn’t know why I was angry, all I know is that I had Estelle Harris to deal with!”

The role earned him an Emmy nomination for Outstanding Guest Actor in 1997.

Jerry planned to retire after ‘Seinfeld’ ended its run. At the time, he was already 71 years old. However, actor Kevin James asked him to be a part of a new sitcom called ‘The King of Queens’.

‘HE LITERALLY BEGGED ME’

Jerry didn’t think the show would take off at first. James, who would play Doug, told Jerry he needed him to come on-board in order for the sitcom to be successful. He would play Doug’s father-in law — and Carrie’s (Leah Remini) father — Arthur Spooner.

Jerry agreed, and the role ended up being one of the more challenging of his career.

“This was an opportunity for me, for the first time, to test myself as an actor because I never saw myself as more than just a decent actor,” said Jerry in 2007, preparing to say farewell to the sitcom that had been on air since 1998. “[Kevin James] literally begged me to be in this show. He kissed me. He hugged me. He said, ‘I can’t do it without you,’ … I’m susceptible to praise.”

In 1927, Jerry was born to Jewish parents in Brooklyn, New York. He was the eldest of four children. He grew up to serve in US Army in the Second World War.

Upon his return, he earned a degree in Speech and Drama from Syracuse University in 1950.

He met his future wife Anne Meara, when she had burst out of his agent’s office crying, because, as the Los Angeles Times reported, he “chased her around his desk”.

Jerry, taken by the ‘angel-faced’ Meara, took her to a coffee shop and listened to her troubles.

The pair married in 1953 and soon after formed a comedy duo, Stiller and Meara. They often made appearances on ‘The Ed Sullivan Show’. Although they were a successful team, and they hosted a half-hour monthly broadcast on HBO titled ‘Sneak Previews’ for three years from 1979-1982, their sitcom ‘The Stiller and Meara Show’ was not a hit.

It was Jerry who had gotten Meara into comedy, even though, at that time, she said she had “disdained comedians.”

“It wasn’t the typical family set-up,” Ben recalled, of he and his sister’s childhood. “We got to stay up late and go to TV studios. It was like this fun fantasyland. But, we had no idea how hard they worked.”