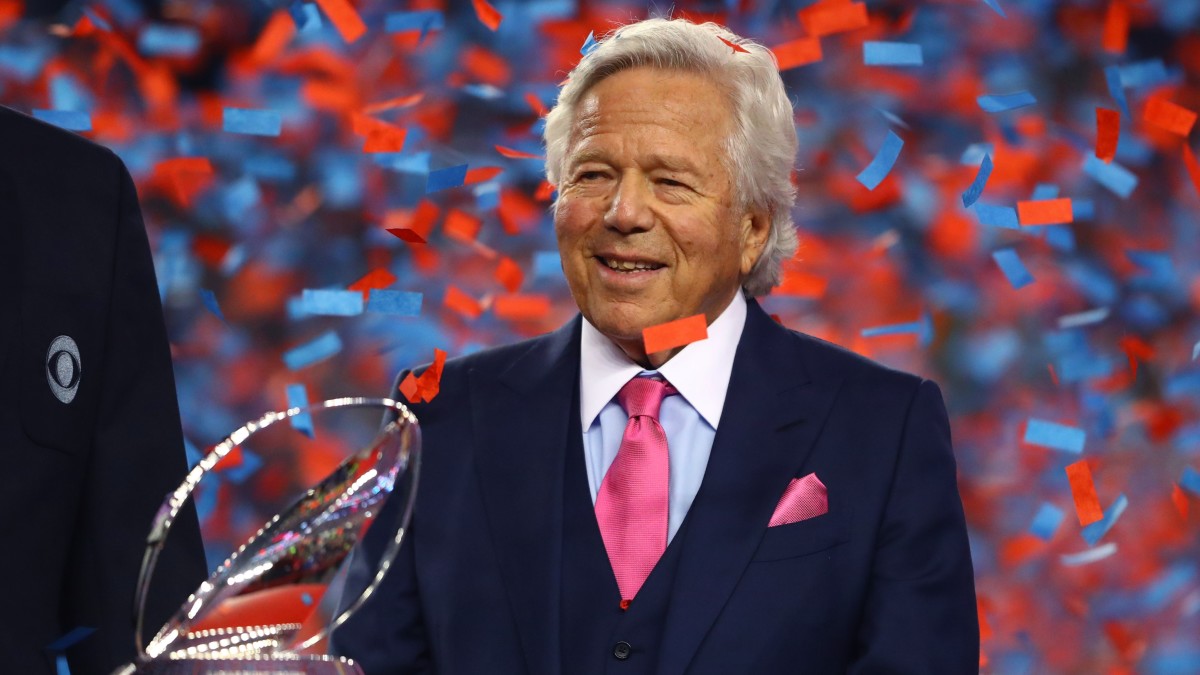 New England Patriots owner Robert Kraft has placed his championship ring from Super Bowl LI up for auction, with proceeds going toward the All In Challenge, per ESPN’s Mike Reiss. The All In Challenge aims to be the largest digital fundraiser in history by raising tens of millions of dollars to feed those in need.

In addition to the ring, whoever places the winning bid will also receive a personal visit with Kraft in his office at Gillette Stadium. The Patriots will send a private plane for the winner if that person is not within driving distance to the stadium.

“What could I do that would be special? I’ve been thinking about it for weeks,” Kraft said in a video posted on social media. “I finally thought about our experience in Super Bowl LI against the Atlanta Falcons … And I thought about what is going on at this time and wanted to give something of extreme value in support of our health care workers. So I thought it would be good to give this ring, our fifth Super Bowl win, because it showed how we came back.”

Kraft’s ring opened at $75,000 and is scheduled to be live for the next 11 days. In a video post announcing his donation, he said, “We’re the greatest country in the world, with the greatest people, who feel a sense of team and work together in the toughest times. So I want to give this ring to someone who will be worthy enough to bid it up, so we can get meals to all these people who are hurting badly at this time.”