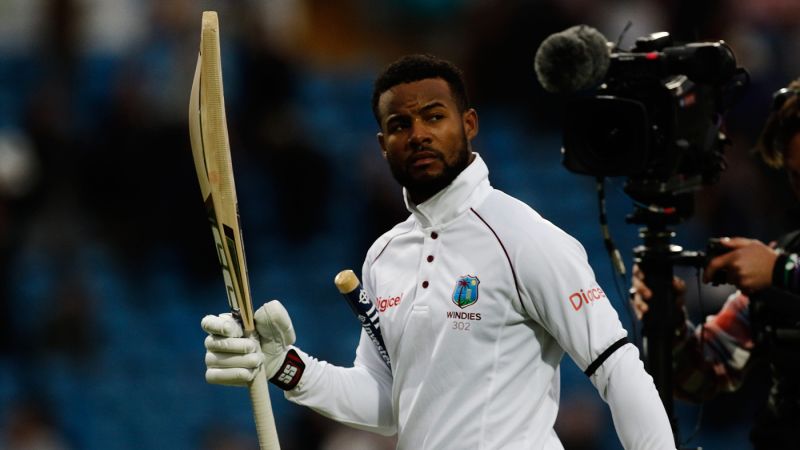 Ricky Skerritt, president of Cricket West Indies (CWI), has said it is “premature to get too excited” about the conditions under which the England tour would be possible. He also said while talks were ongoing about the possibility of a July start to the three-Test series, there was no “confirmation” yet.

Jason Holder’s team were meant to start the Test series on June 4. However in April, the ECB postponed the tour indefinitely after the UK government imposed various restrictions as part of the lockdown to fight the Covid-19 pandemic.

On Monday, releasing a 60-page document titled ‘Covid-19 Recovery Strategy’, the UK government stated that sport behind closed doors was provisionally possible from June 1 as part of that process.

The ECB reiterates that international cricket remains its priority in the fast-shrinking global cricket window and the best place to play game is in a bio-secure environment, behind closed doors.

“It would be premature to start to get too excited as to what the terms and conditions would be,” Skerritt told i955fm, a Trinidad-based radio station, on Thursday from his home in St Kitts and Nevis. “There has been no confirmation of anything. Different ideas have come up based on the medical advice. Both organisations have had medical oriented and cricket technical oriented discussions.”

Skerritt said that both boards were “speculating, hoping, imagining, wishing, praying” that the tour would take place at some point during the England’s cricket summer which is likely to stretch to end of September.

“The tour was supposed to take place within the next two weeks, somewhere in June. We keep pushing back the dates….we have a date sometime in July for the proposed tour to begin. The technical people are talking, looking at potential scenarios for travel or hospitality, for practice, for preparation, for getting the players ready to compete at international level and so on.

“That is the planning process that is taking place on both sides of the Atlantic, especially at the ECB. It is their home series. And the onus is on them to invite us, which has already been done, and then say when, how, where etc. We are not at that point yet.

Both the ECB and CWI had a conference call recently to discuss the viability of going ahead with the Test series. Also present on the call were the key personnel from both team managements, including West Indies captain Jason Holder, Phil Simmons (head coach), former West Indies captain Jimmy Adams (director of cricket) along with CWI chief executive Johnny Grave.

Holder had recently told CNC3 TV, a Caribbean television network, that he would not want to be rushed into any decision without having addressed all necessary precautions needed in order to travel to England.

“This thing (pandemic) has been really, really serious, as we all know, and has claimed quite a few lives throughout the world, and that’s the last thing any of us would really want,” Holder said. “I think we’ve got to play the safety card first before we can even think about resuming our normal lives.”

Skerritt echoed that sentiment. “Let me just be clear, Cricket West Indies will not be making any decisions that don’t make sense under the circumstances,” he said. “But obviously unless things change dramatically within the next month or two it won’t be normal circumstances, so the circumstances that prevail and the conditions that are placed will be determined if they are mutually suitable.

“This will be a win-win tour in terms of the arrangements. Nobody will be put at a disadvantage. Nobody will be abused. We are trying to put things in place where cricketers can play cricket.”

‘Too early to speak of quarantine’

According to the recovery strategy document released by the UK government, all overseas travelers would need to self-isolate for 14 days upon arrival.

ESPNcricinfo understands that CWI has stated to the ECB that its players would need a four-week period to prepare in England for the series. The CWI was hopeful of their players being allowed the chance to train during the two-week quarantine, although the ECB would need to seek the government’s nod beforehand.

Skerritt said West Indies players would need to follow the rules, but he also pointed out it was it was too early to talk about quarantine right now.

“This is too early to speak of quarantine and length of quarantine and so on,” he said. “You can’t go to Britain to play sport or do anything else without complying with whatever the terms, conditions and protocols operate at the time. Similarly, Caribbean cricketers are not going to be able to move around the region, get involved in preparation camps and other things that are necessary before a tour like this without it being cleared with the health authorities.

Skerritt ruled out sending a “weakened” squad to England in case some of the primary Test players were to opt out. If players decided it was “too dangerous” for them after the boards had finalised to go ahead with the series, Skerritt said it was “their prerogative” and the CWI would not “force” them to go on there.

“We are not going to force anybody to go anywhere to play cricket they don’t want to play. Fortunately, we don’t expect that because I don’t see any reason to believe that anybody is going to be less safe in the UK than they’ll be at home under the circumstances.”

Both boards will are scheduled to discuss to convene over another call on May 15 to discuss the update scenario. “If this English tour is going to take place, and I think, I’ve to assume all of us prefer it took place, we have to make sure that terms and conditions and the environment for good health, hygiene and safety in the context of Covid-19 prevail in ways that don’t make cricket impossible to be played.

“We’re not going to change the rules of cricket. We just need to be able to decide what the environment can be under the circumstances and make sure everybody is clear and aware and in agreement with what is the way forward.”