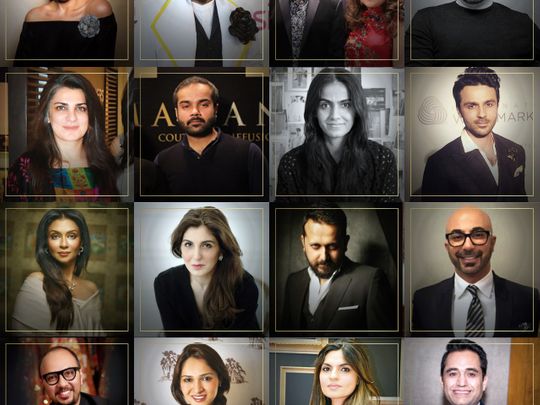 At a time when all public venues of entertainment are shut, gatherings are banned and social distancing is the norm, it’s not surprising that the artist community pivots to digital platforms to keep their creative energies flowing.

Today, we have painters exhibiting their works online, singers holding virtual concerts, and actors and media persons engaging themselves in some kind of celebrity talk shows that are webcast live on the likes of Facebook and Instagram. Of course, all this is in addition to the artists launching their YouTube channels which is also becoming quite a fad!

In this scenario, the fashion fraternity couldn’t be far behind. Where supermodel Mushk Kaleem recently concluded her Instagram live chat show, titled ‘Afterhours’, on episode 15, top couturier Hassan Shehryar Yasin aka HSY and leading menswear designer Munib Nawaz have continued with their respective nightly shows. (That the format of most of these shows leaves a lot to be desired is for a later discussion.)

The latest from Pakistan’s fashion industry is that we might soon witness what will definitely be the country’s first ever virtual fashion show. Amidst a spate of cancellations of ramp shows, former model turned award-winning entrepreneur Frieha Altaf has taken upon herself the gigantic task of putting together the creme de la creme of the fashion industry for a show which will be streamed live ahead of Eid Al Fitr (later this month).

To be held under the aegis of Altaf’s Catwalk Events, the show’s stated objective is to “recognise and pay tribute to the frontliners, volunteers who are working day and night to fight this pandemic…” No wonder, the show has been named ‘Catwalk Cares’.

Frieha Altaf is also trying to bring different sponsors on board so that cash donations can also be arranged.

Each designer will be represented by a top model who will have their outfits delivered to them earlier on at their homes by Studio TCS. The models will don the outfits and create their looks with remote help from Nabila, the official stylist of the show. They will then prepare their own videos to be edited by Catwalk Events and played during the live stream.

In order to add more star power to the show, Altaf is negotiating with film and TV celebrities also. It may be mentioned here that Altaf’s company is credited with managing some of the country’s biggest film and fashion extravaganzas such as the annual LUX Style Awards. Hence, expectations are sky-high.