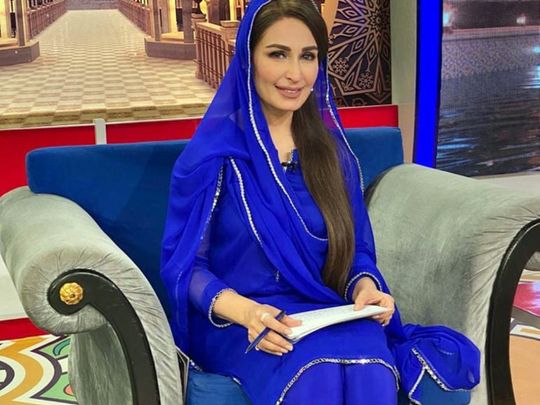 • Come Ramadan, and former Lollywood queen Reema Khan turns an evangelist for television audiences. The actress, who has settled in the US with her husband, a cardiologist, for the past more than five years now, is invited by a private TV channel to host an iftar-special transmission every year. This year is no exception.

• This Mother’s Day was special for stars who made time to post photographs with their mothers, straight out of their private family albums. Ayeza Khan went a step ahead, when she posted images with her children as well as her mother from what seemed like a studio shoot. It delighted her fans nonetheless.

• Blockbuster drama serial ‘Meray Paas Tum Ho’s’ child star Shees Gul is back on TV screens, albeit with an educative segment for children, titled ‘Shees and Allama Sahab’, which is aired daily as part of Geo’s Ehsaas Ramzan Transmission. The segment features religious scholar, Allama Kokab Noorani, who imparts knowledge to his younger audiences about different things of interest. The show is produced by Abdullah Kadwani and Asad Qureshi of 7th Sky Entertainment.