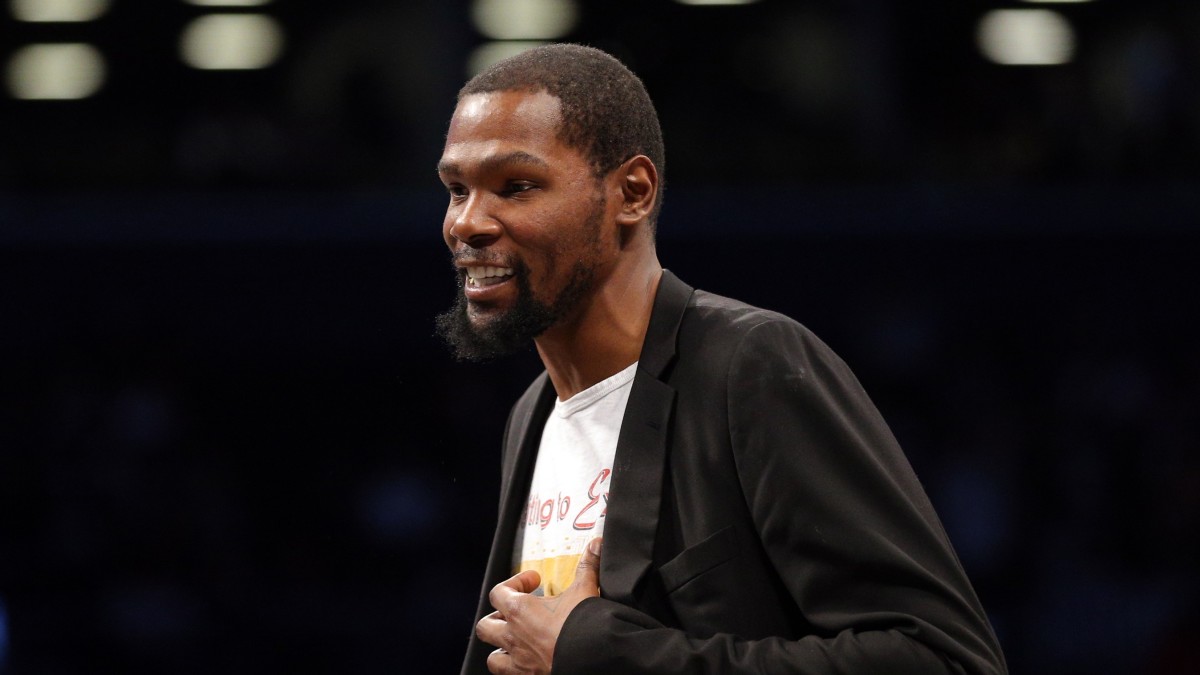 As the NBA wades through the quagmire of issues that stand in the way of resuming the 2019-20 season, one thing is certain: Brooklyn Nets star Kevin Durant will not play.

Speaking on his The Woj Pod podcast, ESPN’s Adrian Wojnarowski said Durant would be held out for the entire year, regardless of when the season restarts or how many games are played.

“Kevin Durant’s not coming back to the Nets this year,” Wojnarowski said. “That’s not happening. … They’re not playing him.”

Durant tore his right Achilles tendon during the 2019 NBA Finals. In April, Durant’s manager, Rich Kleinman, said it was unlikely that he would return for the stretch run of the season in an interview with SI’s Chris Mannix.

“I promise you, Kevin and I have not talked about (returning to play this season),” Kleinman said. “And I know it sounds crazy, but my assumption has been that wasn’t very realistic. I know when the time will be right to have that conversation but it just hasn’t been that time and it just doesn’t feel like it’s needed.”

In an interview with NewsHub, Nets general manager Sean Marks didn’t rule out Durant returning to the court after his injury was fully healed.

“He knows his body better than anybody,” Marks said. “Our performance team and training staff have done a tremendous job getting him to this point, but I just don’t know how coming out of this pandemic will affect anybody, let alone Kevin.”

Durant signed with Brooklyn on a four-year, $164 million contract this past summer.