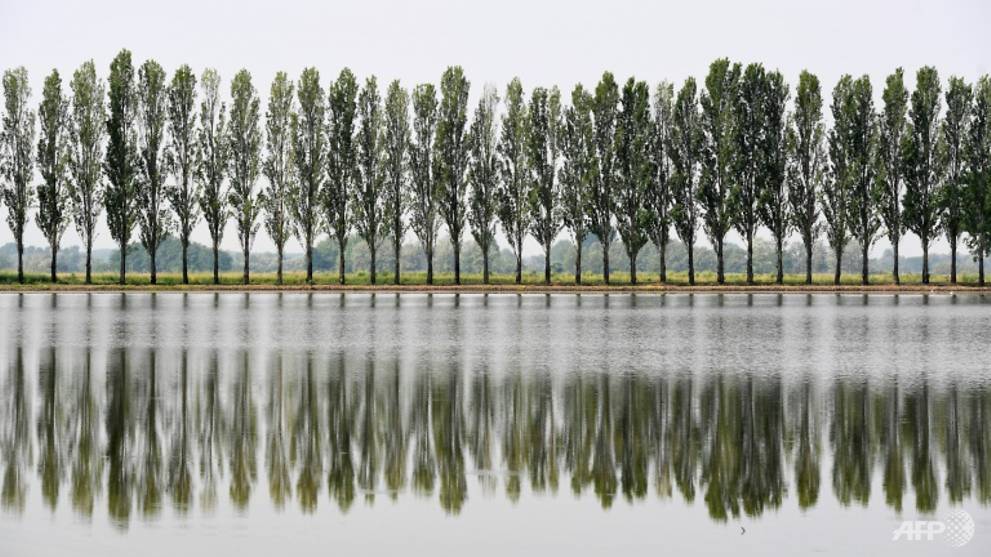 ROBBIO, Italy: Europe’s top rice producer Italy has seen consumption of the staple rise throughout the COVID-19 pandemic, putting even pasta in the shade.

It’s not just popular at home either – China itself has even signed a deal to import Italian rice.

The Chinese have their eyes on varieties used to make typical risotto dishes such as medium-grained Carnaroli, Arborio, Roma or Baldo.

“It is because our rice is better quality than that cultivated in China,” says Stefano Greppi, Pavia province president at Italy’s main agricultural union Coldiretti.

Himself the owner of a nearby rice farm, Greppi welcomes the recent signing, during the pandemic, of an agreement allowing Italy, which produces more than half of European rice output, to export rice to China.

That is a boon for producers in the provinces of Pavia, Lombardy, Vercelli and Novara (both in Piedmont) which account between them for 95 per cent of national production.

“It’s a bit like selling ice cream to the eskimos,” quipped daily Il Corriere della Sera the day after the export protocol was signed in April.

“The doors of the huge Chinese market are opening to rice (and risotto) cultivated in the countryside around Pavia,” added the newspaper, explaining that “native imitations of Italian risotto” already exist in China.

Spread over 220,000 hectares and cultivated by 4,200 producers in all, Italian rice production totals an annual 1.5 million tonnes. The country boasts more than 200 varieties in all, each with its own peculiarities.

Even so, Europe is a mere lightweight when it comes to global production. It has just 0.4 per cent of the total world output of 500 million tonnes a year, 90 per cent of that Asia-based.

With the wind in its sails internationally, Italian rice is also making good headway at home. Consumption soared 47 per cent during the first six weeks of the coronavirus pandemic – sometimes outstripping demand even for pasta in that period, according to Coldiretti.

“During the COVID-19 emergency, people rediscovered rice and also risotto, which has always been a bit snubbed in Italian cuisine,” Stefania Buffa, a 27-year-old rice farmer from Robbio in Lombardy, told AFP.

Sergio Lombardi, 63, who owns a farm in the same area, explains that “the region can count on water reserves and a constant supply throughout the duration of rice cultivation, which is not possible in many regions of Italy”.

Sown in spring, Italian rice is harvested between September and October.

Rice was introduced into the country’s north in the 12th century by Cistercian monks, who took upon themselves the task of improving what was then unsanitary and wooded terrain prone to malaria outbreaks. The rice crop benefited from the arrival of canals, whose layout Leonardo da Vinci designed.

Up until the 1950s and 1960s, people came from the south of Italy, particularly women, dubbed mondine or seasonal pruners, to cultivate the Po plain.