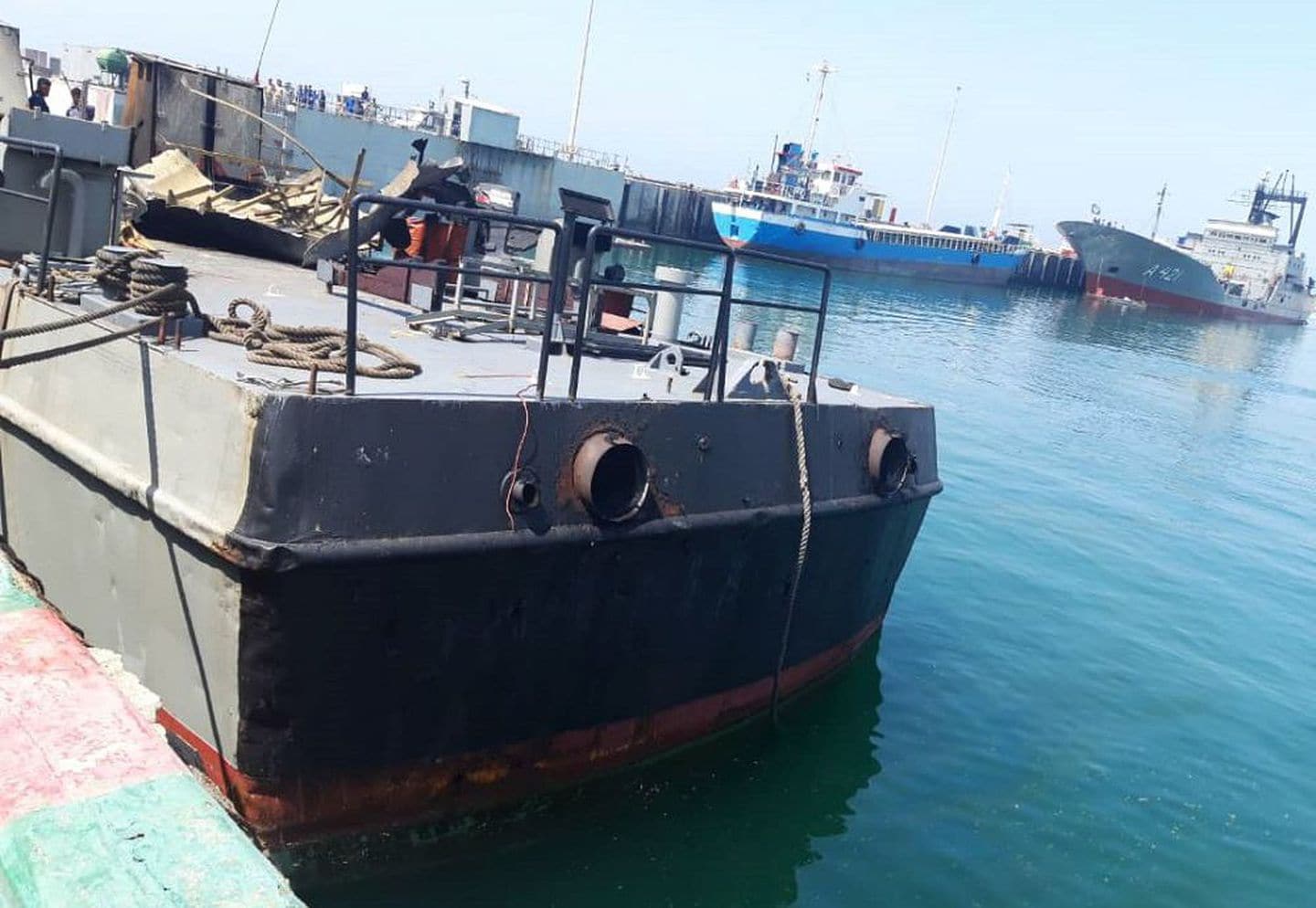 Iranian forces towed the ship, Konarak, to a nearby naval base following the incident, state media reported. The Dutch-made vessel was in service since 1988 and usually carries a crew of 20 sailors, according to the Associated Press.

Search-and-rescue teams were immediately dispatched to the area to evacuate the wounded, media reports said.

The Konarak was reportedly targeted with a Noor anti-ship missile that has long been a part of Iran’s anti-ship arsenal, according to the intelligence analysis firm, Jane’s.

The loss of the ship “will not have a significant impact on the wider capabilities of the Iranian Navy,” Jane’s senior military capabilities analyst, Reed Foster, said in an email. But “a replacement will likely take years to come into service,” he said.

Foster said that it was possible that the test-firing “may have been a capability demonstration coming off the heels of heightened tensions in the gulf following IRGC harassment of U.S. Navy ships last month,” he said, referring to Iran’s Islamic Revolutionary Guard Corps.