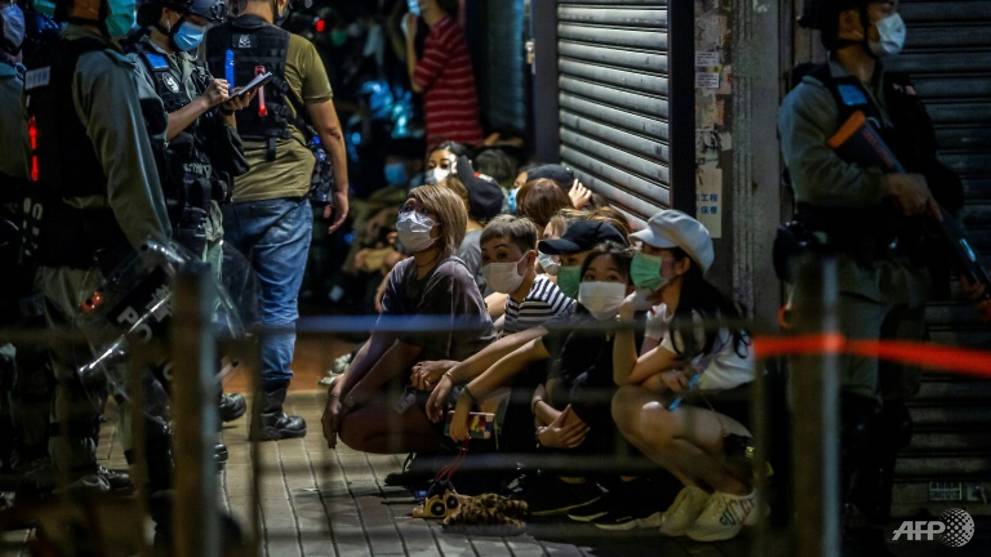 Chief Executive Carrie Lam described the current secondary school programme as a “chicken coop without a roof” and said her government would soon unveil their plans.

“In terms of handling the subject of liberal studies in the future, we will definitely make things clear to the public within this year,” she told the pro-government Ta Kung Pao newspaper in an interview published Monday (May 11).

Her comments are likely to inflame those Hong Kongers who fear Beijing is chipping away at the freedoms that make the city a major international draw as political tensions rise once more.

With the backing of Beijing, Hong Kong’s government is pushing ahead with a Bill that outlaws insulting China’s national anthem and leading pro-establishment figures are lobbying for an anti-sedition law.

The government says new legislation is needed to curb snowballing support – especially among younger Hong Kongers – for democracy and greater autonomy from China.

Opponents say the laws will cut back on free speech and do little to heal the city’s festering divides.

Hong Kong has some of Asia’s best schools and universities with academic freedoms unseen in mainland China.

Liberal studies was introduced in 2009 as a way to foster critical thinking with schools allowed to choose how they teach it.

But it has become a bete noire for Chinese state media and pro-Beijing politicians who have called for more patriotic education.

In Monday’s interview, Lam said she felt the classes allowed teachers to push their political biases and that greater oversight by the government was now needed.

READ: Hong Kong gears up for weekend protests after rare lull in violence

More than 8,000 people have been arrested – around 17 per cent of them secondary school students.

The mass arrests and the coronavirus pandemic ushered in a period of enforced calm.

But with the finance hub successfully tackling its COVID-19 outbreak – and social distancing measures easing – small protests have bubbled up.

They later used pepper spray and batons against protesters, bystanders and journalists in the district of Mong Kok.

Multiple arrests were made, many of them youngsters.

Lam has resisted calls for universal suffrage or an independent inquiry into the police’s handling of the protests.

In the New Year, she vowed to heal the divisions coursing through Hong Kong, but her administration has offered little in the way of reconciliation or a political solution.

Arrests and prosecutions have continued apace, while Beijing’s offices in the city sparked a constitutional row last month by announcing a greater say in how Hong Kong is run.