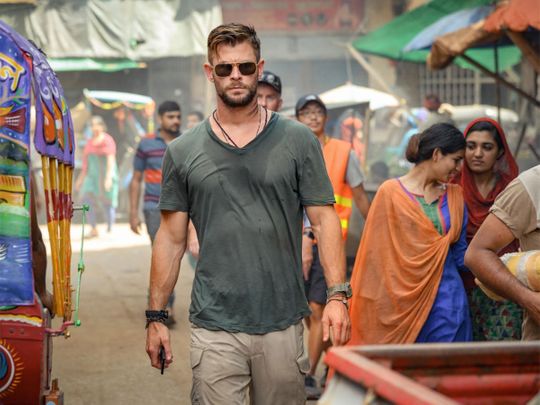 ‘Avengers: Endgame’ co-director Joe Russo has confirmed that he will be working on a sequel to the recent digital film ‘Extraction’. Actor Chris Hemsworth and director Sam Hargrave are expected to return in the new action adventure.

“The deal is closed for me to write ‘Extraction 2’ and we are in the formative stages of what the story can be,” Russo told Deadline.

“We’re not committing yet to whether that story goes forward or backward in time. We left a big loose ending that leaves question marks for the audience,” he added.

With ‘Extraction’, Hemsworth made his digital debut as an actor, and Hargrave graduated from being Chris Evans’ stunt double in ‘Captain America: The Winter Soldier’ for fight scenes and stunt coordinator in ‘Captain America: Civil War’ to a feature director. Hargrave was an additional second unit director in ‘Avengers: Infinity War’.

For his first ‘Extraction’ film, Hargrave reunited with his ‘Avengers’ family. He had ‘Thor’ star Hemsworth to lead the film, screenplay of which is done by Joe. The film is produced by Russo Brothers (Joe and Anthony Russo), Mike Larocca, Hemsworth, Eric Gitter, and Peter Schwerin, and is on its way to becoming Netflix’s most watched feature film ever.

Although Hargrave and Hemsworth are expected to be back, the deals will be made by Netflix once the script is ready.

Joe said that the focus will be to work out the story and then write the script and show it to Hemsworth.

The film revolves around Tyler Rake (essayed by Hemsworth), a fearless, black market mercenary, who embarks on the most deadly extraction of his career when he is enlisted to rescue the kidnapped son of an imprisoned international crime lord. It has been shot extensively in India, along with other places around the world.

The movie ended with an opportunity for Rake to return, and there’s potential in the back stories of the characters as well, setting base for a prequel.

“There was always a simple drive to the story, a balletic execution of action where you take a damaged character who made an egregious mistake in the past and has a shot at redemption which might be fatal,” Joe said, adding: “What was key is that we needed a muscular action director like Sam to be the main creative force in the execution of the action.”