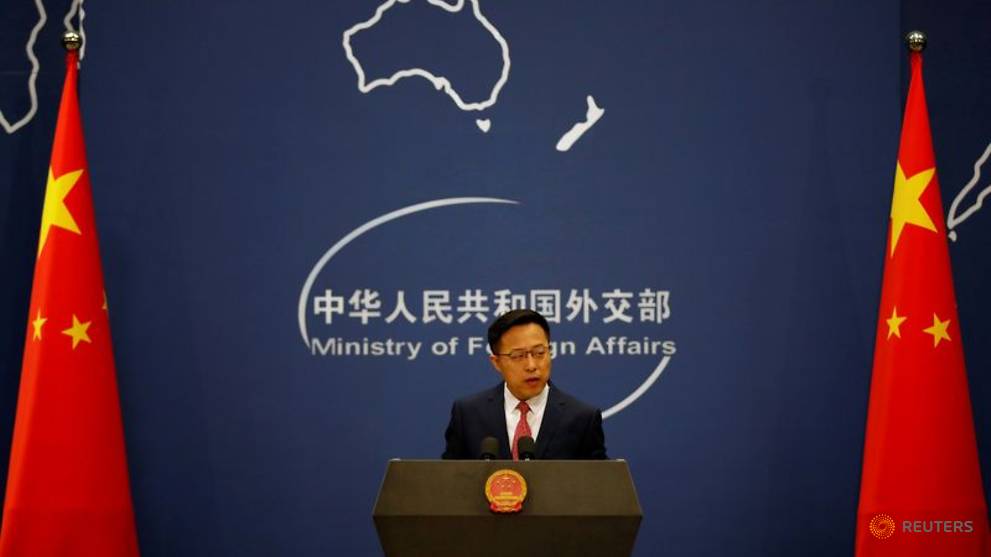 BEIJING: China warned on Monday (May 11) that it will take countermeasures in response to a US decision to tighten visa guidelines against Chinese journalists and urged the United States to immediately “correct its mistake”.

The United States last week issued a new rule limiting visas for Chinese reporters to a 90-day period, with the option for extension, that takes effect on Monday. Such visas are typically open-ended and do not need to be extended, unless the employee moves to a different company or medium.

Chinese foreign ministry spokesman Zhao Lijian told reporters during a daily briefing in Beijing that China deplored and rejected the US decision, which Zhao called an escalation of suppression against Chinese media.

“We are resolutely opposed and strongly dissatisfied with this,” Zhao said.

“We require the US to immediately correct its mistake, or China will have no choice but to take countermeasures.”

In March, China expelled American journalists from three US newspapers, a month after the United States said it would begin to treat five Chinese state-run media entities with US operations as foreign embassies.

READ: China says WSJ reporter in Wuhan can remain in country until end of epidemic

“For a period of time, the US has stuck to a Cold War mentality and ideological bias, and it has continuously escalated its suppression of Chinese media,” Zhao said.