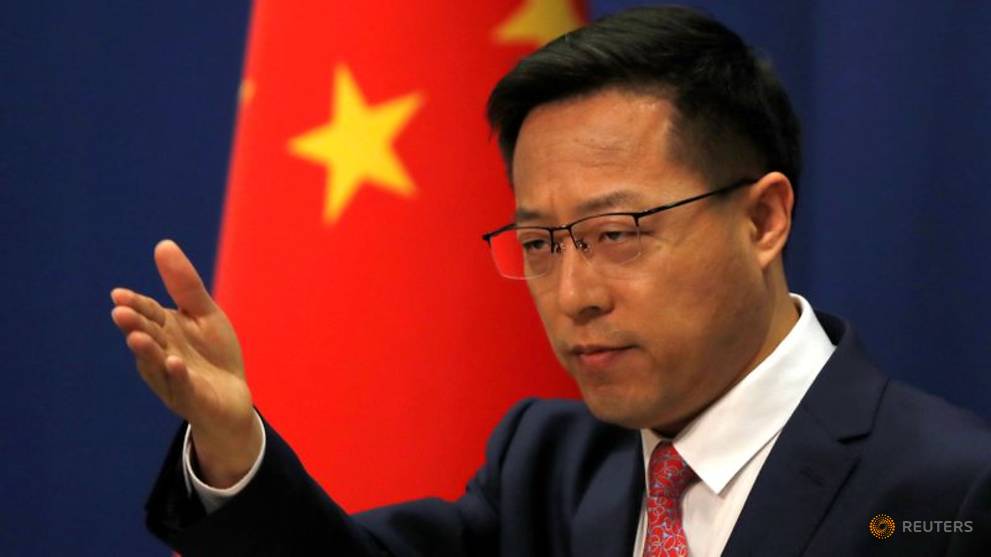 BEIJING: China berated New Zealand on Monday (May 11) for its support for Taiwan’s participation at the World Health Organization (WHO), saying the country should “stop making wrong statements” on the issue to avoid damaging bilateral ties.

Taiwan, with the strong support of the United States, has stepped up its lobbying to be allowed to take part as an observer at next week’s World Health Assembly (WHA), the WHO’s decision-making body, to China’s anger.

READ: New Zealand says it backs Taiwan’s role in WHO due to success with COVID-19

READ: COVID-19 – US demands WHO invite Taiwan to meeting

Taiwan is excluded from the WHO due to the objections of China, which views the island as one of its provinces. Taiwan says this has created a dangerous gap in the COVID-19 fight, and has accused the WHO of bending to Chinese pressure.

New Zealand’s finance and foreign ministers last week backed a role for the Taiwan at the WHO.

Speaking at a daily news conference in Beijing, Chinese Foreign Ministry spokesman Zhao Lijian said New Zealand’s comments were a severe violation of the “one China” principle, which states that Taiwan is part of China.

“We express our strong dissatisfaction with the statements and resolutely oppose it, and we have already made stern representations with New Zealand,” Zhao said.

The “one China” principle is the political foundation of China and New Zealand’s relationship, he added.

READ: Give us first-hand information to fight COVID-19, Taiwan asks WHO

“China urges New Zealand to strictly abide by the ‘one China principle’ and immediately stop making wrong statements on Taiwan, to avoid damaging our bilateral relationship.”

China has denounced Taiwan’s WHO attempts as a political stunt aimed at promoting the island’s formal independence, and said it will fail in its efforts.

In Taipei, Taiwan Foreign Minister Joseph Wu told parliament on Monday that in order to be able to break through China’s influence on the body there needed to be “even stronger international lung power”.

“This year’s international atmosphere is relatively beneficial for Taiwan’s participation, and so the pressure on the WHO secretariat and China is greater and greater,” Wu said.

Taiwan attended the WHA as an observer from 2009-2016 when Taipei-Beijing relations were warmer.

China blocked further participation after the election of Taiwan President Tsai Ing-wen, whom China views as a separatist, an accusation she rejects.

China says it has the right to represent Taiwan on the international stage, and it and the WHO say Taipei has been provided with all the help and information it needs during the pandemic, something Taiwan disputes.

Taiwan has reported only 440 COVID-19 cases and seven deaths, thanks to early and effective disease prevention and control work.