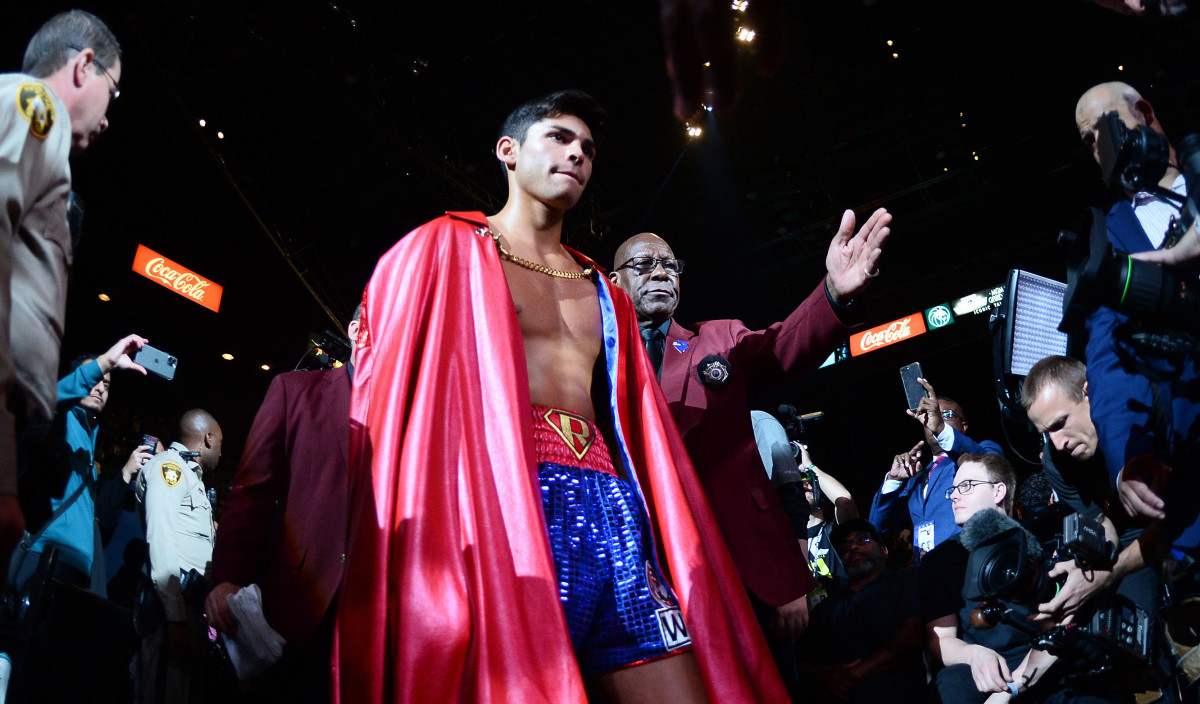 The UFC has gone.

The result: A relatively seamless, albeit different, event.

For weeks, White had been the subject of intense criticism for his decision to push forward with live events during the pandemic. An April show was scuttled after California officials complained to ESPN, UFC’s broadcast partner, about the event. As White went ahead with this one, the hits came from everywhere. Former UFC star Mark Hunt accused White of not caring about fighters’ health. Hall of Fame boxing promoter Bob Arum called White’s action “cowboy behavior” and declared he “had very little respect” for White. Media challenged White’s decision to put on a show.

White ignored all of it.

UFC 249 wasn’t without incident. Ronaldo Souza, a middleweight scheduled to fight on the show, tested positive for coronavirus a day before the fight. Two of Souza’s cornerman did, too. UFC removed them from the host hotel, announced they were self-isolating and continued with the show.

Effectively, UFC implemented a strategy for a positive test that other sports leagues are actively talking about.

The show itself was fine. It was strange to see fighters walk to the ring without a crowd roaring behind them. It was stranger to see devastating blows landed without the soundtrack of an audience with them. In post-fight interviews, fighters spoke of being able to hear the commentary of cage-side announcers. But the television experience was fairly normal, completely if you watched with the sound off, as some did. The fights themselves were not impacted. And if White is to be believed, pay-per-view buys are expected to be enormous.

“I think it worked out great,” White told ESPN. “The system that we set up works. We found out [Souza] was positive and all the other tests were negative. We’ll do over 1,100 tests this week (UFC has two more cards over the next seven days). If you test that much, I’m sure we’ll find someone else is positive.”

The event worked. White will do more.

Combat sports are uniquely equipped to hold major events during this pandemic. Save for the upper echelon of fighters, live gates are dwarfed by broadcast revenue. The number of people needed to pull an event off is relatively small. The strain on testing isn’t what it would be for team sports. White estimated UFC administered 1,200 coronavirus tests last week to roughly 300 people. Three tested positive.

Could that number grow? Certainly. Could someone fall seriously ill? Possibly. But if you are waiting for the coronavirus threat to disappear before you put on a live sporting event, you will be waiting awhile. It could be a year before there is a vaccine. There’s no proof the threat will dissipate in the warmer summer months. Experts, like Dr. Anthony Fauci, are predicting another outbreak of the virus in the fall. Sports will have to decide: Do we shutter until a vaccine is available or do we do the best we can to mitigate the risk?

UFC has made its decision. Now boxing must make one, too.

Right now, there is no boxing scheduled in the U.S. Arum has talked about doing shows in June. Golden Boy has submitted a proposal to DAZN, its broadcast partner, that would begin in July, with the return of rising star Ryan Garcia. Eddie Hearn is chomping at the bit to get back.

But who will be first? Who will look to the UFC as the model combat sports should follow?

Boxing should be eager to get in the mix. It’s a sport that craves the exposure that comes with this kind of open runway. How many more eyeballs were on UFC on Saturday that otherwise would have been on something else? How many more people would watch boxing if it was the only game in town?

Take Garcia. There’s an argument that Garcia is the most appealing prospect among the 25-and-under crew. He’s undefeated, with a powerful left hook. He’s good looking, well spoken and has six—six—million Instagram followers behind him. He’s coming off back-to-back spectacular first-round knockouts. He has the reigning Trainer of the Year, Eddy Reynoso, in his corner and the biggest star in boxing, Canelo Alvarez, backing him up.

You want to attract fans to boxing? Let a sports-starved country get to know Ryan Garcia.

Sports have been right to play it safe. Sports should not be happening while hospitals are overextended. League’s shouldn’t be gobbling up tests while the sick are scrambling to get them. But hospitalizations have flattened, and in most states are on the decline. Hard-hit states like New York and California are preparing to open up its economies. The NBA, itself anxious to open up, has reportedly authorized teams in Orlando and Los Angeles to test asymptomatic players and staffers.

It’s not perfect, but perfect is a long way away. UFC showed that a combat sports event can be pulled off, that safety can be maintained, that a television product can be created under difficult circumstances. White will march on, with two more shows in Jacksonville and plans to do international events on an undisclosed island White has been giddily talking about. Mixed martial arts is officially back.

Hey, boxing: Time to get back to work.