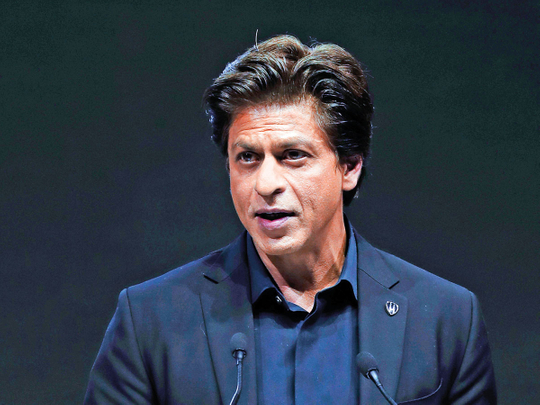 A UAE-based horror filmmaker Faisal Hashmi, who had flagged up a seemingly problematic clause in the terms and conditions listed in Shah Rukh Khan’s latest contest inviting entries from aspiring filmmakers to shoot their own horror stories, enjoyed a small victory on Sunday when Khan’s production house modified the clause which he thought was “predatory and sketchy”.

In an exclusive interview with Gulf News on Sunday morning, the award-winning filmmaker Hashmi who has directed short horror films such as ‘Wicken’ and ‘Sleight’, brought our attention to a particular clause, listed as point 11 on the terms and conditions for #SpookSrk contest, which said that ‘all submissions whether you win or not’ belongs to Khan’s production company Red Chillies Entertainment (RCE) and the creator of those horror videos shot at home will willingly forfeit any rights to their work.

Translation? The moment you send along your video and enter Khan’s horror film contest, you have no rights to your project and that RCE can use it the way they deem fit.

“On the surface, the contest seemed like a great, cool idea because Shah Rukh Khan is encouraging horror films to be made at home and how his jury from Red Chillies is going to choose a winner who will win the chance to have a video call with Shah Rukh Khan. For a lot of people, a video call with a big star like Shah Rukh Khan is a big deal as a prize, but imagine they can do anything with your work without any real or monetary compensation to the creator,” said Hashmi.

“So they can technically make a feature film or use your idea and sell it to any web platform and cut the original creator out from the equation. So even if you win, you are still losing… They should have been clearer about it. Be more transparent,” said Hashmi.

Since Hashmi is an experienced filmmaker, the clause set off alarm bells in his head and he felt morally obliged to alert budding filmmakers who may enter the contest without understanding the implications fully.

Hashmi also tweeted to RCE, Khan and other creators of the contest directly to alert them about that clause, but did not hear from them directly.

When Gulf News reached out to Red Chillies Chief Operating Officer and the contest’s judge Gaurav Verma and alerted him about the clause listed on their website, he said that the clause has been modified to give “more clarity”.

“To inform all about the winning short films we need a limited license for media including social, where we can share the films submitted by them individually or collectively. It seems the earlier clause wasn’t clear so we have modified to bring more clarity to all participants,” said Verma in a statement over the phone.

The modified clause, which lent more transparency and fairness to the original creators, ensures that aspiring filmmakers don’t lose their rights to their work and you are just granting RCE a ‘non-exclusive, royalty-free, perpetual and worldwide licence’ to use their work on social media.

Bollywood is notorious for violation of intellectual property rights and many budding filmmakers find their scripts and ideas being adapted by giant studios without any compensation or credit.

“To have a blanket right and ownership on your work just because you submit it in a contest is unfair … That clause is number 11 and was buried deep, right at the end of the T&C. If I am spending days creating, making and crafting a horror film, it’s horrific to know that it is no longer yours as soon as you press the ‘submit’ button,” said Hashmi.

The contest was floated by Khan on May 9 and was robustly embraced by amateur filmmakers and director hopefuls across India. The terms and conditions were not listed out when Khan announced the contest on his account. The details were listed in his production house Red Chillies tweets.

“I am happy that they have removed that problematic clause. Now it says it’s a non-exclusive license for them to use it on social media, which is very common among competitions and film festivals. Six or seven years ago, when I had started out I wouldn’t have known the implications of such a clause that isn’t fully transparent. Now I feel it’s my duty to warn other filmmakers who are inexperienced. Nobody should trade off their work without knowing what they are giving up,” said Hashmi.

Khan’s contest was floated around the same time promos of his new production ‘Betaal’, starring Viineet Kumar, were released. The horror series drops on Netflix later this month.

On Saturday afternoon, Khan announced the details of his contest and urged us to bring out the inner filmmaker in us with: “Since we’ve all got a bit of time on our hands in quarantine, thought I can get us all to work a bit … in a fun, creative and spooky way.”

The contest, which will be judged by Patrick Graham, the director of Betaal, the lead hero Viineet Kumar, co-star Aahana Kumra and Gaurav Verma.

The last date for submission is May 18.