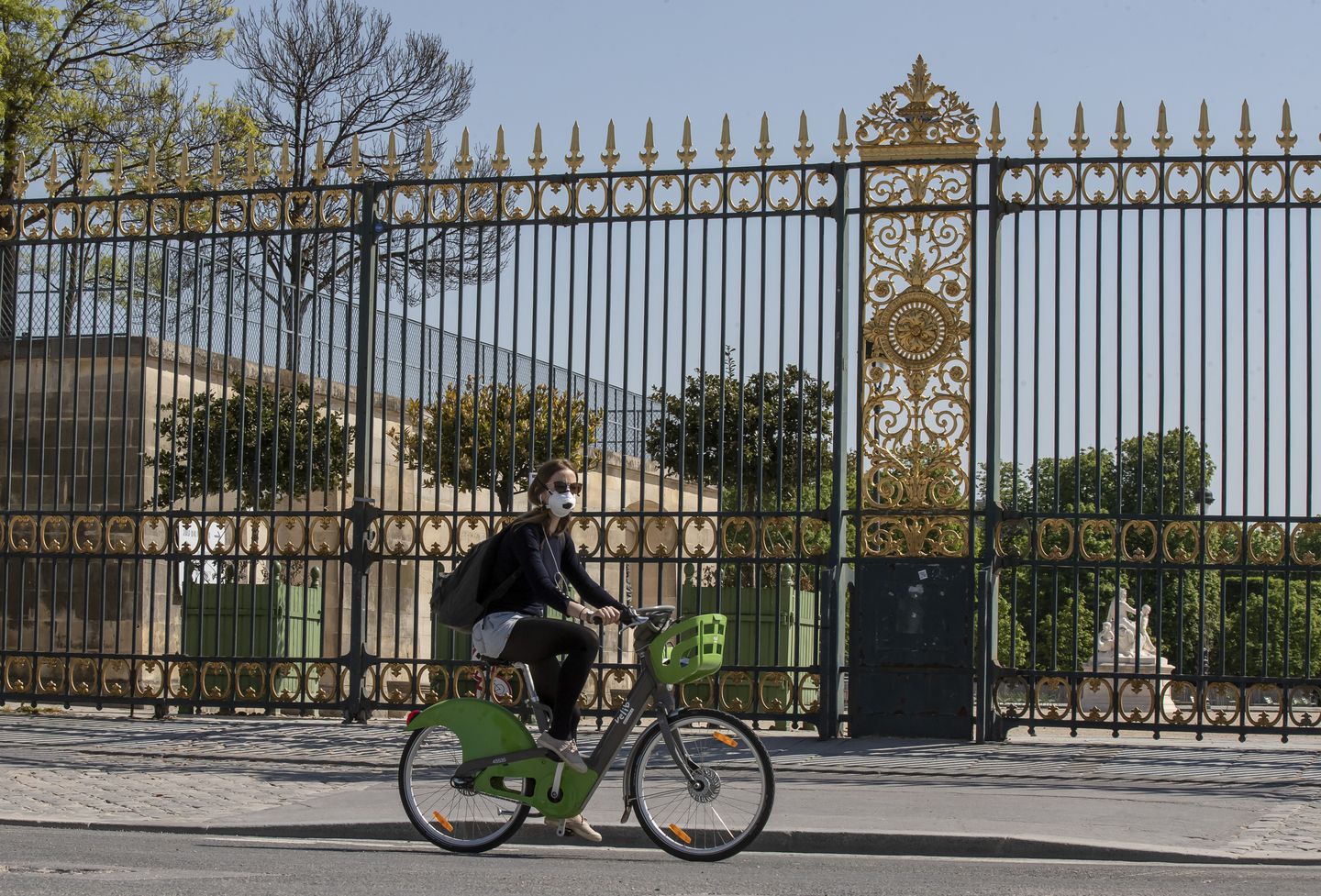 “There’s a positive aspect of this horror,” said Jean-Louis Missika, deputy mayor of Paris, one of the cities leading the charge. “Never has the city been less polluted. Parisians have much appreciated it, and I think there will be strong changes in the behavior of people, in terms of movement.”

This sentiment is shared in Europe’s other major urban centers.

“It’s a strange window of opportunity, a window that of course we wouldn’t have asked for had we known the consequences,” said Henk Swarttouw, vice president of the European Cyclists’ Federation, a Brussels-based advocacy group. “But now that it’s here, we need to jump into it.”

In some parts of Europe, such as the Netherlands, cycling has long been a way of life and a source of regional pride. But in countries where that’s not the case, governments are already reclaiming portions of busy thoroughfares to install new bike lanes. In the United States, the city of Seattle is going as far as closing 20 miles of streets to most cars to allow for more space to walk and bike.

The changes in Europe build on existing plans to beef up cycling infrastructure, part of many countries’ green policy goals aimed at reducing emissions and curbing pollution. Cycling is just one aspect of a bigger push, with some leaders, notably German Chancellor Angela Merkel, insisting that climate protection should be a key part of covid-19 stimulus relief packages.

But new cycling lanes — and new bikers — are likely to be the most immediate change people will see when lockdowns end, officials say.

“Yes, there will be a huge acceleration in number of those who bike, as something good for the environment and good for public health, at the occasion of a terrible pandemic,” said Pierre Serne, the French transportation ministry’s point person on fostering biking after the lockdown ends. “At least something good can out of this terrible drama.”

In Paris, where expanding bike lanes was already a priority of Mayor Anne Hidalgo before the pandemic, things have moved more quickly because of covid-19 — and with much less controversy than before.

Hidalgo said in an interview with Le Parisien newspaper on Monday that about 31 miles of roadway will be designated for bikes after the lockdown ends in Paris proper, including portions of the iconic Rue de Rivoli near the Louvre Museum and the Boulevard Saint-Michel in the Latin Quarter.

In total, French officials aim to create more than 400 miles of cycling lanes throughout the greater Paris metropolitan area.

“We want this period to be a breakthrough in biking culture, and the bicycle to be the little queen of deconfinement,” France’s environment minister, Élisabeth Borne, announced on April 30.

In Brussels, authorities are hoping to finish 25 miles of new bike lanes before the end of the lockdown, as many of its 1.2 millions residents are expected go back to work and to resume shopping in stores on May 11.

“We know two-thirds of trips within Brussels are less than three miles. We want, then, to encourage healthy people to walk or to bike,” Elke Van den Brandt, the transport minister for the Brussels region, told Belgium’s Le Soir newspaper. “And for that, it’s our responsibility to have secured infrastructures.”

In Milan, authorities announced last month the creation of 22 miles of new bike lanes. The plan will also build on previous efforts by local officials to reduce car use, by including other measures such as 20 mph speed limits in certain areas and expanded sidewalks.

As in France, the British government’s support for cycling predates the pandemic. Birmingham, Manchester and Liverpool are among the cities that had already received funds to separate cycling routes from car traffic to improve safety. Manchester alone was planning 70 new miles of bicycle and walking lanes, spending 204 million pounds ($253 million) on projects through 2023.

For two decades, Britain has backed cycle-to-work efforts with tax reduction programs used by more than 40,000 employers and millions of workers. In February, Britain updated its cycling investment strategy in a report to Parliament, with plans to invest another £2.4 billion — nearly $3 billion — in cycling and walking improvements through 2025.

On Saturday, the government pledged to accelerate that spending with an immediate £250 million ($310 million) to build critical pop-up bike and pedestrian lanes. By June, Britain will start spending a total of £2 billion ($2.48 billion) to encourage a “once-in-a generation change to the way that people travel in Britain,” said Grant Shapps, the transportation secretary.

“The need to maintain social distancing means that our public transport system cannot go back to where it left off,” Shapps said. The six-foot rule would leave many parts of the British transport network with “effective capacity for one in 10 passengers,” he said. “Just a tenth of the old capacity.”

London Mayor Sadiq Khan had already been preparing for a loosened lockdown translating into a spike in the number of cyclists. By midweek, the capital with the transport agency was planning a possible tenfold increase in cycling, Khan said, and aiming to widen pavements for pedestrians in 20 neighborhoods.

Government transport officials have consulted cycling groups in weekly meetings on how best to ease travel. Rachel White of Sustrans, a charity that is the custodian of the national cycling network, said officials are keenly aware that workers want to avoid “public transport where social distancing is not ideal.” Scotland released plans in late April to free up more road space for “pop-up” cycling lanes and walking routes — at a cost of roughly $12 million — to help with social distancing.

An open question is how much of these new measures will last beyond the immediate aftermath of the coronavirus lockdowns.

Serne, the French transportation ministry’s biking adviser, said there was some evidence that people would adapt to the changes in the immediate future.

In December 2019, in the midst of transport strikes that crippled France, he said, three to four times as many cyclists took to the streets when commuter trains stopped running. After the coronavirus lockdown ends the number of cyclists could increase fivefold, he said.

“Coronavirus has brought people out on their bicycles who hadn’t dared to go out before,” Swarttouw said. “People will want to avoid public transportation, and in larger cities people don’t have cars. It’s as simple as that.”