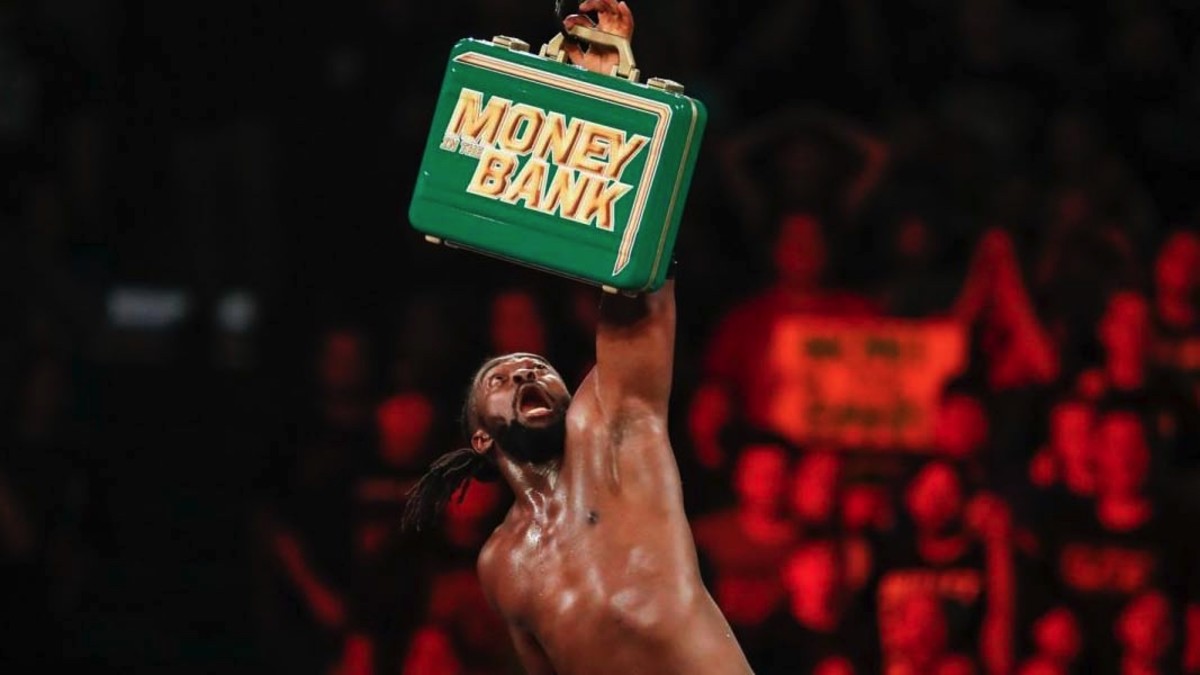 WWE is constantly seeking its next big star, but Kofi Kingston believes that wrestler is already on the roster.

“Big E would make a great face of the company,” said Kingston. “He’s developed tremendously as a performer over the years. He is versatile in the ring, but also verbally on the mic. He’s able to entertain, he’s physical, he can do it all. To see Big E as WWE Champion or Universal Champion would be amazing.”

Kingston, who is part of The New Day with Big E and Xavier Woods, won the WWE Championship at WrestleMania 35. The crowd erupted when the longtime WWE star finally earned his moment of glory, and the response would likely be similar with Big E. It is a challenge to be a babyface in the modern era of wrestling, but the charismatic Big E is beloved.

“I always laugh when people say that he doesn’t have personality, which was the knock on him back in the day,” said Kingston. “It’s unconscionable that anyone would even say that. There is nobody on the roster that has more personality than Big E, especially in the ring with the mic in his hand.

“The clamoring, the rumbling, it’s beginning, and it will continue. We are all pushing for it. When the time is right, I know that it will happen.”

Kingston and Big E defend their SmackDown tag team titles in a “Fatal 4-Way” match at Sunday’s Money in the Bank pay per view against The Miz and John Morrison, Lucha House Party, and The Forgotten Sons. The match offers a chance to highlight Gran Metalik and Lince Dorado, while also introducing The Forgotten Sons to a larger audience.

Kingston is also looking forward to the Money in the Bank ladder match, which promises to be especially unique. The match takes place at WWE Headquarters in Connecticut, with the men’s and women’s ladder matches running simultaneously. Few other talents in WWE have flourished atop the ladder more than Kingston, showcasing his creativity and innovation from a very dangerously high place.

“I don’t get scared climbing, and I don’t get scared up there,” said Kingston. “The crowd definitely fuels you through ladder matches. You don’t feel pain when you’re out there. The adrenaline level is too high. It really isn’t until you get back to the hotel room and into the shower, then all of a sudden, the water starts running over these open cuts and bruises, and you feel it for days. I remember thinking once, ‘Why does the back of my hand hurt?’ And then remembering, ‘That’s right, someone smashed a ladder against it.'”

“WWE’s Greatest Ladder Matches” airs on Fox this Saturday at 8 p.m. ET, offering a chance to revisit some of the greatest ladder matches in WWE history.

“When I was told I was going to be in the match, I remember feeling it was a really special opportunity,” said Kingston. “WrestleMania was the only time you’d see those matches, and I’m always somebody that goes into a match thinking about how to be innovative. Edge and Christian, the Hardys, and the Dudleys made it really, really difficult because they had already established so many great, innovative ladder matches that had never been done before. Especially with it being so early in my career, this was a chance to really stand out and show everybody the innovation I could bring to the table.”

The death-defying moments in the Money in the Bank ladder match have somehow become customary, but that doesn’t mean they should ever lose their shine. One brilliant moment took place at WrestleMania 25 when Shelton Benjamin delivered a breathtaking dive off a ladder and Kingston was on the receiving end, doing everything possible to protect Benjamin and give him that moment.

“Even when I see highlights now, it still takes me back,” said Kingston. “Shelton Benjamin jumping off that ladder, I remember seeing him all the way up there. I was like, ‘Well, here we go.’ And he just went. I was the one who took the brunt of the dive. So to be able to pull that off as a performer, you feel like you’re on cloud nine, knowing you delivered something fresh and innovative. And then you look back and think, ‘How did we do that?'”

Kingston has put together his own highlight reel of outstanding ladder match moments, but one that particularly stands out is when he took two halves of a broken ladder, used the ladder as a pair of stilts, then nearly reached the Money in the Bank briefcase before Drew McIntyre sent him flying.

“Most people land and bounce off, I landed and stuck,” said Kingston. “The whole moment, with all the adrenaline, I remember that being a moment where I had to calm down. I knew what I wanted to do, and I knew the crowd was going to be super into it, but if I fell, it was going to be bad news.

“If you watch that clip closely, I get on to the second rope and then put my feet on the ladder, and I hear the crowd. You can see the first couple steps I take, and I don’t know what happened, but the mat was really slick and the ladder started to slide. So I took baby steps, the crowd is going nuts, and I’m trying to tune them out. I felt that energy when I started to climb up, and then Drew kicks out one ladder and I’m still trying to climb the other half, and then he sent me onto the ropes.”

Kingston misses the challenge of being in the Money in the Bank ladder match, but at 38, his body is certainly grateful for the reprieve. He just took part in a ladder match at last month’s WrestleMania, and he is always preparing for the next time he is called into that moment.

“It’s funny, I’ve been trying to clean out my garage for the past three years,” said Kingston. “Often times, I’ll take big bins to the top of the ladder and put them on storage racks. It’s almost like practicing for Money in the Bank.”

Professional wrestlers are intimately familiar with the roar of a crowd. Kingston noted that climbing the ladder at Money in the Bank, or walking through the curtain in wrestling, are far more invigorating than doing those same tasks when part of daily household responsibilities.

“No one is cheering for me when I climb the ladder in my garage,” said Kingston with a laugh. “I expect to be cheered for when I walk into the room. My kids, they’re over me, so I’ve got to innovate and find new ways to get over with them, too.”