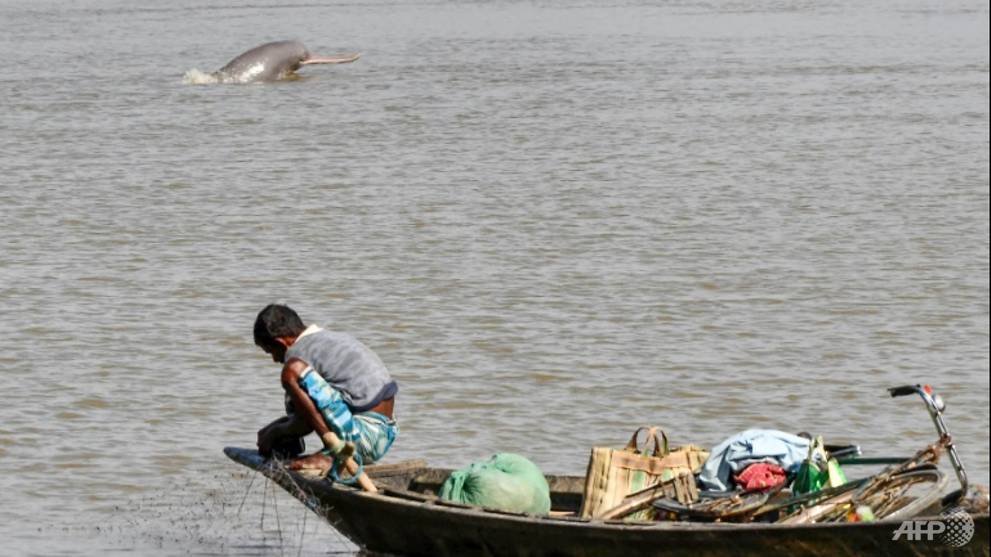 DHAKA: The gutted carcass of a freshwater dolphin has been found in a river sanctuary in Bangladesh, officials said on Sunday (May 10), sparking fears fishermen are taking advantage of the coronavirus lockdown to poach the endangered creatures.

Locals in the southeastern town of Raojan found the remains of the 157-centimetre long Ganges river dolphin on the banks of the Halda River, fishery department official Abdullah al Mamun told AFP.

It had suffered a sharp and deep incision from its neck to tail and layers of its body fat – from which oil is extracted for use in traditional medicines – were missing, he said.

The dolphin is the second to be found dead in the same sanctuary since Bangladesh imposed its lockdown to tackle the coronavirus, said Manzoorul Kibria, coordinator of the Halda River Research Laboratory (HRRL).

Bangladesh prohibits the killing of Ganges dolphins, which are categorised as endangered under the International Union for Conservation of Nature’s “Red List” of threatened species.

A local official, who asked to remain anonymous, said locals were starting to trawl the Halda river, as understaffed police who usually patrol the region were busy enforcing the lockdown in Raojan.

Once the creatures are trapped, they prove easy pickings for poachers who sell their fat and oil, Kibria said.

Kibria added he feared the latest death could be the start of a “killing spree” of the rare creature.

The Ganges river dolphin is found in the river systems of Nepal, Bangladesh and India and has a population of between 1,200 to 1,800, according to the World Wildlife Fund.

They can weigh up to 100 kilogramme and grow to 2.6 metre long, are known for their long beaks which have 28 sharp teeth on both sides of their jaws.

The Halda river is home to around 170 dolphins, according to HRRL.