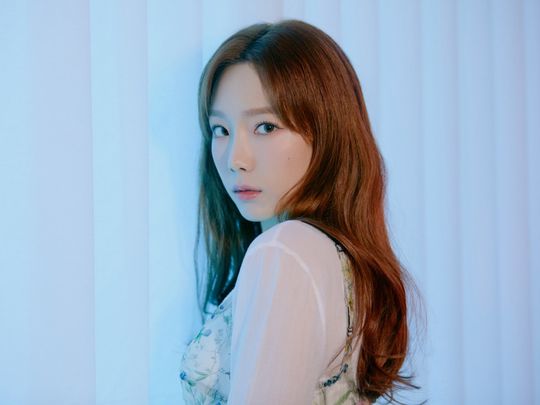 On May 4, the Girls’ Generation member continued her winning streak on the chart when she released digital single ‘Happy’ that was accompanied by a music video.

Apart from taking over the spot on the UAE iTunes songs chart, the old-school R’n’B song reportedly topped globally in 14 other countries, including Thailand, Saudi Arabia, Philippines, Malaysia, Singapore, and Indonesia.

While in her homeland, Taeyeon’s cheerful, heart-warming single soared to the top of the major real time music streaming charts such as Melon, Soribada, Genie, and Bugs within two hours of its release. The songs also managed to take over the QQ Music’s Korean music video charts in China.

Taeyeon’s new single comes two months after its postponement following the unfortunate passing of her father as well as the release of her second repackaged album ‘Purpose’ in January.

Yet, another K-Pop queen who reigned over the local songs chart is none other than chart-topping soloist IU.

Last Wednesday, the singer garnered massive support when she released her much-anticipated collaboration track, ‘eight’ featuring BTS’s Suga, who is also credited as the producer. As expected, it was a certified hit — and a trending topic on Twitter.

Showcasing IU’s soaring vocals as she sings of being 28 alongside Suga’s distinct rapping skills, the pop rock number conquered the iTunes Top Songs chart in the UAE and in 58 other countries as of early Thursday, IU’s agency Edam Entertainment reportedly confirmed.

In South Korea, the success of the nostalgic, self-reflective single has so far resulted in it achieving a certified all-kill on the domestic daily and real time charts. It also hit a whole new record on the country’s largest music site Melon for recording the most unique listeners — a reported 199,327 users — in the first hour of being available.

Considered one of the most sought-after K-Pop soloists, IU was involved in the overall production of ‘eight’, her first release since 2019’s EP ‘Love Poem’. It is part of her coming-of-age-themed songs: ‘Twenty-Three’ (2015) and ‘Palette’ (2017).

The high-profile collaboration track by the powerhouse duo was bound to be a chart sensation, given that they are among the industry’s most-acclaimed artists.