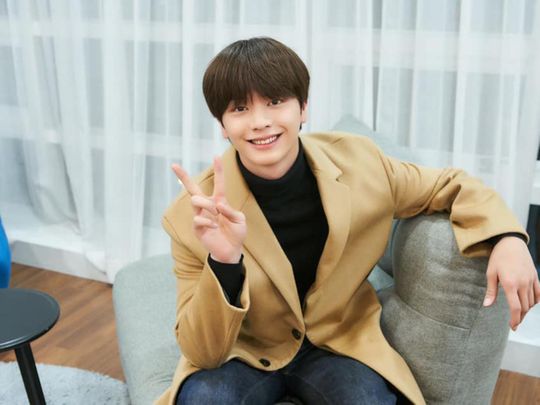 EXO’s Suho, BTOB’s Hyunsik and Sungjae, Block B’s U-Kwon and Pentagon’s Jinho will bid a temporary farewell to fans as they will all be carrying out their mandatory military service this month.

Last week, the K-Pop idols — and their labels — shared the news, confirming dates without disclosing details on specific times and locations of their enlistment as they wish to enter the military quietly.

The BTOB members first dropped the unexpected news on their respective Instagram accounts with a heartfelt post, revealing that they will temporarily leave the band to fulfil their duties on May 11.

Fellow member Eunkwang was recently discharged in April — and is preparing to release a new solo album in June — wile Changsub and Minhyuk are currently serving as an active-duty soldier and a conscripted policeman, respectively.

Much like the pair, Pentagon’s Jinho will be enlisting on the same day and will serve his military term as an active-duty soldier once he completes basic training, making him the first member to fulfil mandatory duty to his country. His bandmates will continue participating on Mnet’s competition show ‘Road to Kingdom’.

Three days later, Suho, the leader and lead vocalist of EXO, will be also joining his bandmates, Xiumin and D.O., in the military.

Following the release of his successful solo debut with album ‘Self Portrait’, the EXO member — whose real name is Kim Jun-myeon — announced the news to the group’s EXO-L fan base in a handwritten letter posted on fan community application, Lysn, confirming that he will be enlisting on May 14. Suho went on to thank fans for the support and wished them to remain healthy.

On May 18, U-Kwon will become the fourth member — after Jaehyo, Taeil and B-Bomb — of Block B to enlist in the military.

On Friday, his label KQ Entertainment confirmed that the singer will fulfil his service as an active-duty soldier after his basic training.

A number of K-Pop artists have already enlisted in the army this year as all able-bodied men must serve the country’s military for a period of around two years, according to the South Korean law.